Marcus Faulkner used to hear a myth that black people didn’t travel. The myth that black people had no interest in seeing the seven wonders of the world or anywhere outside of our communities. “I think some are just simply afraid to step out of their comfort zone.  The fear of not knowing what’s on the other side or overseas,” Marcus tells Travel Noire. One day at work he was questioned whether or not he was in the military just because he had on an Amsterdam shirt, assuming that military service was the only way he could have visited the city. Instead of reading the man as he should have, Marcus politely smiled and informed him of all the places he’s visited.

He was also influenced by his uncle’s constant travel excursions, wondering how he could do the same. Currently, on his way to having traveled to 15 countries by his 30th birthday next month, Faulkner wanted to deconstruct that myth. So far he’s been to 12, including his most recent trip to Fiji. The trip was “exceptional” for him, and Marcus was amazed by the country’s culture, music and the humility of the people.

“It was humbling,” he says. “They don’t necessarily have a lot, but they have enough, and they are grateful for that.”

“It was almost like I was amongst family. Everyone was so friendly, its always been a beautiful country. I even took a Fiji cooking class and It was amazing.  I barely cook when I’m in America,” Marcus says, while laughing. 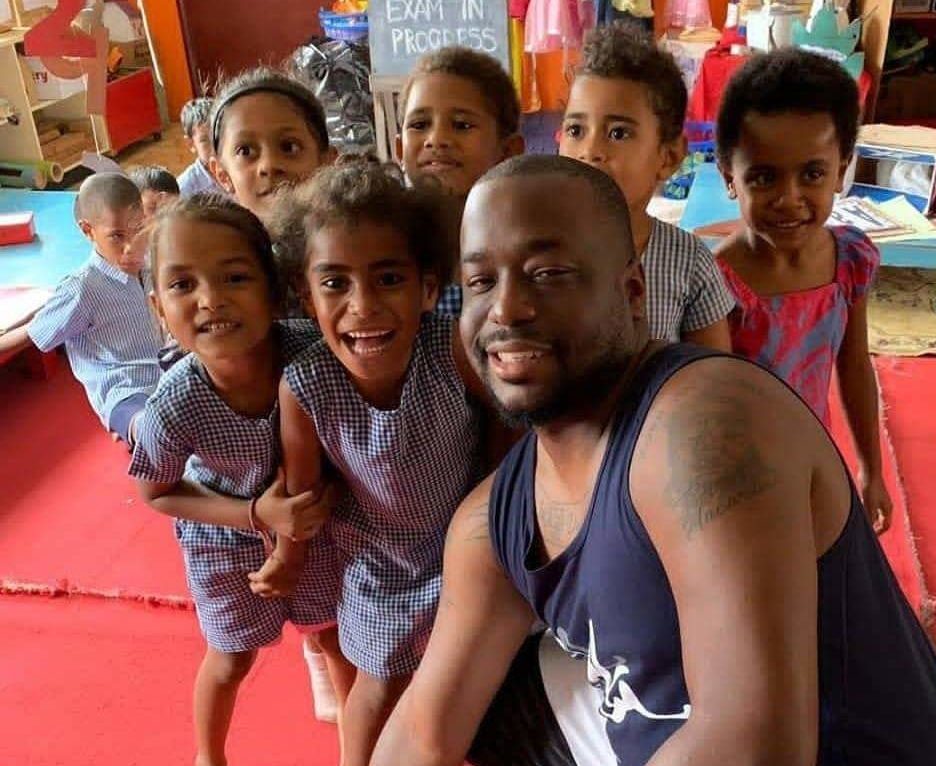 I was also encouraged by my parents, who make it a point to take vacations often. Whether it was to visit another family member in Tennessee, attend a family reunion in North Carolina, or just a family vacation to Disney World, we made sure that we traveled. We saw all up and down the East Coast and the Midwest, even though some places were not always accessible. During the 1950s and 60s, black people were restricted from going certain places, banned from certain types of neighborhoods and denied access to public transportation or entry into certain businesses, hotels, etc. Now, these restrictions are no longer prohibiting the black traveling experience.

Black people traveled, but had no way to document their travel other than with a disposable camera. There wasn’t space for black people to share their travel experiences. Now, there is. Black travelers are more inspired than ever to see the world.

Social media has played an essential role in showing the world just how far black people travel. Some of the world’s most beautiful findings in other cities, states, and countries are all documented on social media. Just check out the hashtag #travelnoire.

Marcus has documented his travel experiences with all of his 4,400 followers. His travel itch really kicked in after a trip to Los Angeles for his birthday. He traded in the country music and Nashville’s Hot Chicken for a summer breeze beneath the palm trees. At the time, he had only been to Atlanta, New Orleans, or Nashville—near his hometown, Memphis.

“It changed my whole mindset, and it was just different. I had this good feeling, and I knew I wanted to feel like that for a long time. So I just started to embrace it and the love for travel,” he says.

The black traveling experience is documented in film and music as well. Artists sing and rap about their extravagant vacations in Cannes or partying in Dubai. Actors travel to see their friends get married, like Jumping the Broom in Martha’s Vineyard or Think Like A Man II in Las Vegas.

Black people are yearning for different cultural experiences around the world by going to places that they’ve never seen before.  Consider going to South Africa, Australia, Ghana, and other hotspots in 2019.

Black people do travel. It’s not our fault others are just late in realizing that we do.