Meet Alvin, aka ‘Al,’ a 35-year old Floridian. Al previously lived in Honolulu, Hawaii, where he worked for the city and county of Honolulu in their Procurement and Contracting division. In 2015, he quit that job and moved to Thailand.

He now is based in Bangkok where he focuses on building his businesses, Parker International Consulting and Parking Trading. Both enterprises are aimed at facilitating trade between Africa and the African-American community.

We had the change to speak with him about his experience as a biracial expat living in Asia. Travel Noire: Why did you make the move to Asia?

Al: Long story short, I knew it was time to make the move. Ever since I was a kid, I knew that I would be doing business and traveling abroad one day. I was working in Hawaii grinding away in the cubicle, having opportunities to work with the Federal government, but that entrepreneurial pull kept calling me.

One day, I spoke to a friend from high school, Will, who was quitting his government job to move to Thailand and build his business full-time, and that’s when I knew it was time. The chance to live and work in my mother’s home country was too good to pass up. I could always go back to working in the office environment, but the chance to do something that has never been done in my family, in my mom’s country no less, wasn’t going to always be around. I don’t regret making the move.

Related: The Black Expat: ‘My Image As A Black Man Is An Asset In China.’

Travel Noire: Why did you choose Thailand?

Al: The main reason I chose Thailand is because of the family connection for me. My father met my mother in Korat, Thailand when he was stationed there during the Vietnam War. My mother’s family is from Isan (Northeast), so my blood and roots are in the Thai soil. In addition to the familial connection, Thailand is also in a great location. It is centrally located in Southeast Asia, surrounded by some of the fastest growing economies in the world, and just a short flight from China and Japan. Strategically, its a great location to base your business out of. You factor those things in, with the rich history and culture, the islands, the vibe, the people, who wouldn’t want move to Thailand? Travel Noire: What challenges do you face as a black man in Asia?

Al: For me, it’s a little bit different being that I’m biracial and very in tune with both halves. There are some things that other black expats may look at and question if it might have a racist aspect, but in my case, I know that its just a cultural difference and don’t think twice about it. Some Thai’s have never seen black people in person, so their perception may be based off movies or what they see on TV, but as soon as you smile, any apprehension is gone.

Part of the challenge for myself, is to be mindful of just living as a human being. Not as a black person or black expat, but as a person. In the States, everything is racial. So going abroad to Thailand, it is refreshing to be able to live and not solely define my existence by the color of my skin. I can just be me. Yes I’m a black man, and that is definitely part of my identity, but it’s not my entire identity.

Related: The Black Expat: I Left Brooklyn For Nigeria And Never Looked Back.

Travel Noire: What does being an “expat” mean to you?

Al: To me, being an expat means freedom. I’m not stuck in one country, trying to fit into a certain box to fulfill my higher purpose in life. I can be myself, and make my own way, as opposed to trying to fit into someone else’s box. I have tattoos, a beard, and love trap music, but I also have a Master’s degree. In other words, I’m a threat to the establishment in the States. I’m young, black, educated, and street-smart. Being an expat means I have options, I can move around and do things without the societal restrictions that are placed on me in the States. If I want to go to Africa to develop business relationships, I can. If I want to go to the Middle East to network, I can. It’s totally up to me, and I love that freedom. 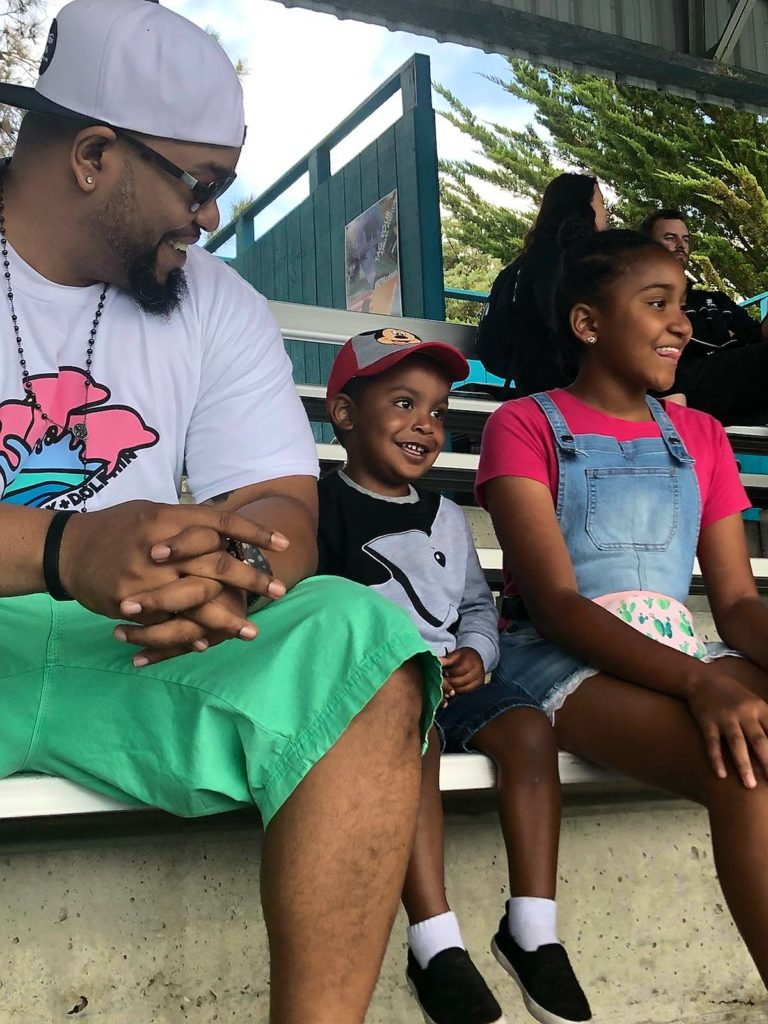 Travel Noire: What advice can you give to our readers wanting to move abroad?

Al: Do it. Put the fear and doubt behind you and just do it. Do your research first, find a place that you think best fits the design for your life and go for it. Go where you can thrive and be yourself. Take it from me, don’t put so much pressure on yourself. Just go with the flow and enjoy the ride.

Travel Noire: Where can you be reached for additional questions?

Al: You can find me on IG at Thaiblasian850.  I’m always looking to help others and build relationships.

This interview has been edited and condensed for brevity.