How To Explore The French Riviera On Any Budget

The Côte d’Azur, or the French Riviera, is a glamorous stretch of coastline in southeast France. It’s been a playground for the elite for some time, dominated by super yachts, haute couture boutiques, and fashionable nightclubs. The legendary Club 55 has seen so many celebrities over the decades, it could reasonably be called the French Riviera equivalent of Studio 54 (though Club 55 is much older and is still functioning).

But in the shadows of the glitz and glamour, there is a quieter, more humble side, found in the pretty villages and towns removed from the sea. The opulence of the Côte d’Azur aside, you don’t have to be wealthy to enjoy it.

Here are five gems on the French Riviera aka Côte d’Azur to consider for every personality, taste, and budget. Most have heard of the Cannes Film Festival, with photographers falling over themselves to snap pictures of the crème de la crème on the red carpet.

But Cannes isn’t all flashing cameras, designer attire and exotic cars. Visit the Marché Forville, a massive, indoor farmers market, which sells cheese, fish, fresh fruit, and just about anything else you can imagine.

Take a stroll along the dramatic Promenade de la Croisette, populated by luxury hotels, swanky bars, beach clubs, and even play areas for the little ones. The Palais des Festivals is also here, and outside of being a venue for the film festival, it hosts business conferences and cultural events.

If you’re looking to splurge for a special occasion, La Palme d’Or, a Michelin starred restaurant, offers elegance and uninterrupted views of the sea. Alternatively, there is L’Oasis,  also a Michelin- recognized restaurant, where guests dine amidst verdant plants and flowers. Treat yourself to an ice cream cone as you stroll along the Promenade des Anglais, flanked by the sea on one side and a host of eateries, shops, and hotels on the other. Bear in mind that this is a tourist hot spot, so don’t be surprised if the prices are high, especially in the summer.

Nice birthed the Niçoise salad, both simple and nutritious, consisting of tuna, boiled eggs, tomatoes, onions, and olives. You might want to avoid the creamy dressings in favor of something light like, red-wine vinaigrette, lemon juice, or olive oil with a dash of Dijon mustard. 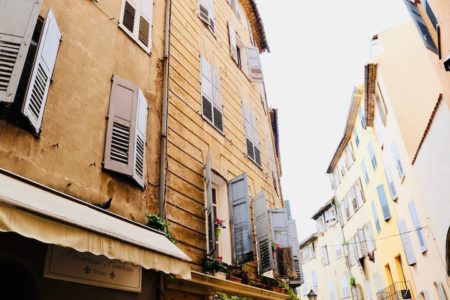 If you’re based in Nice, you can drive to Grasse in approximately 45 minutes to explore the perfumeries and gaze out at the fields of lavender. Small wonder this town smells so lovely! 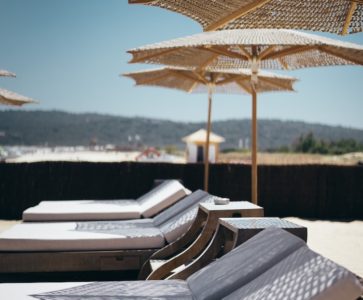 A feature on the Côte d’Azur would be incomplete without mentioning St. Tropez, which has attracted creatives and the jet-set types since the 1960s.

All the beaches have their own charm, but Pampelonne is easily the most famous. It’s long and bustling with spots to mingle, including the fabled Club 55. If the rest of the French Riviera is gold, then Monaco is platinum. There’s no way around it. This principality is dripping in wealth and has some of the most expensive real estate in the world.

Visit the Jardin Exotique de Monaco, a botanical garden on the cliff side, filled with cacti and flora. Take in a movie at the open air theater, among the largest of its kind in Europe.

If you want to see if Lady Luck might be in a giving mood, check out the Monte Carlo Casino, one of the most prestigious gambling facilities in the world. Dress to impress, and if you intend to try your hand, know your limits and bear in mind the old adage: the house always wins.