One Week in London

When deciding to go backpacking through four cities in Europe with my best friend Nikeeya, I realized I was left with the tough decision on deciding where I’d actually go. Based on our budget, resources and interests we decided on: London, Barcelona, Paris and Amsterdam. While I loved all four cities, I will always have a special place in my heart for London. We spent one week in London and it was an amazing week from start to end. Below is a list of how to have a adventure-filled week in London on a tight budget. As a tourist, it’s only right to do some touristy things. Our first day, we were lucky to have beautiful 60 degrees (Fahrenheit) weather, so we spent the day visiting popular sites. To be conservative of our spending, we didn’t actually go on the London Eye, but we walked to the London Eye and were met with street performers, music, street food and saw cool graffiti art. We then had a nice scenic walk to Westminster Abbey. We walked on the Waterloo Bridge over the River of Thames and it was enjoyable and serene–we felt like we would do it everyday if we could. We also walked to Buckingham Palace and passed by Big Ben on our route. We luckily caught a Changing of the Guard ceremony and of course took tons of pictures next to the guards who are always unfazed. We truly felt we experienced so much already without having to spend money! 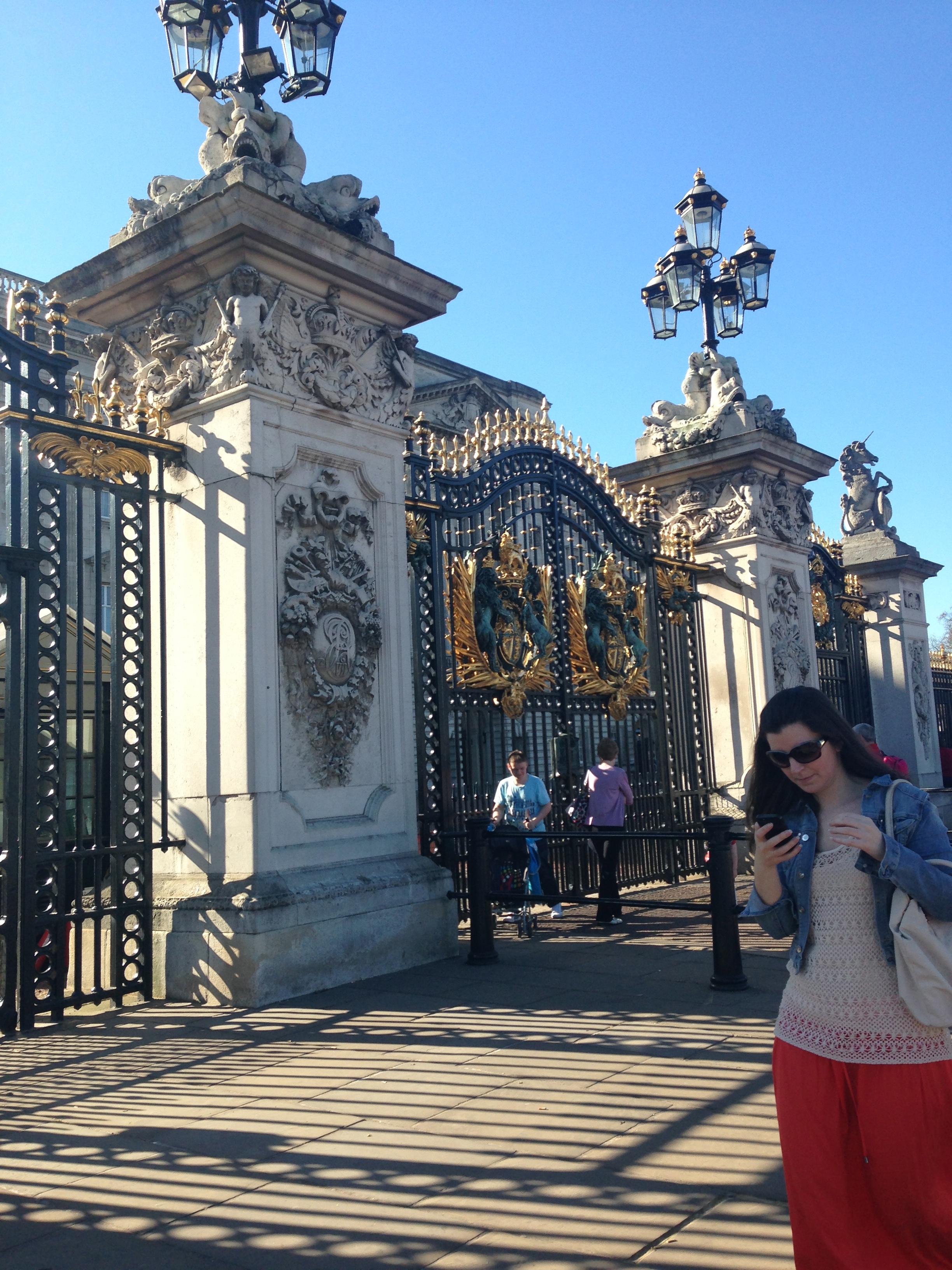 One of my favorite things about London are the many free museums. It’s a wonderful concept and it’s traveler-heaven. Since we were spending the week in London we had time to visit different museums. The great thing about free museums is you’re not pressured to take in all the museum has to offer in one visit. You can go and come back as you please. We first visited the British Museum and were taken away by its 10 curatorial and research departments. We spent a lot of time in the Ancient Egypt and Sudan department as all well the Africa department. The exhibits are really intriguing and before we knew it–the hours flew by! We also spent a lot of time at the National History Museum which had so many different components and architecturally was an incredible site. Here’s a good list of museums in London highlighting all the free museums to visit: London Museums 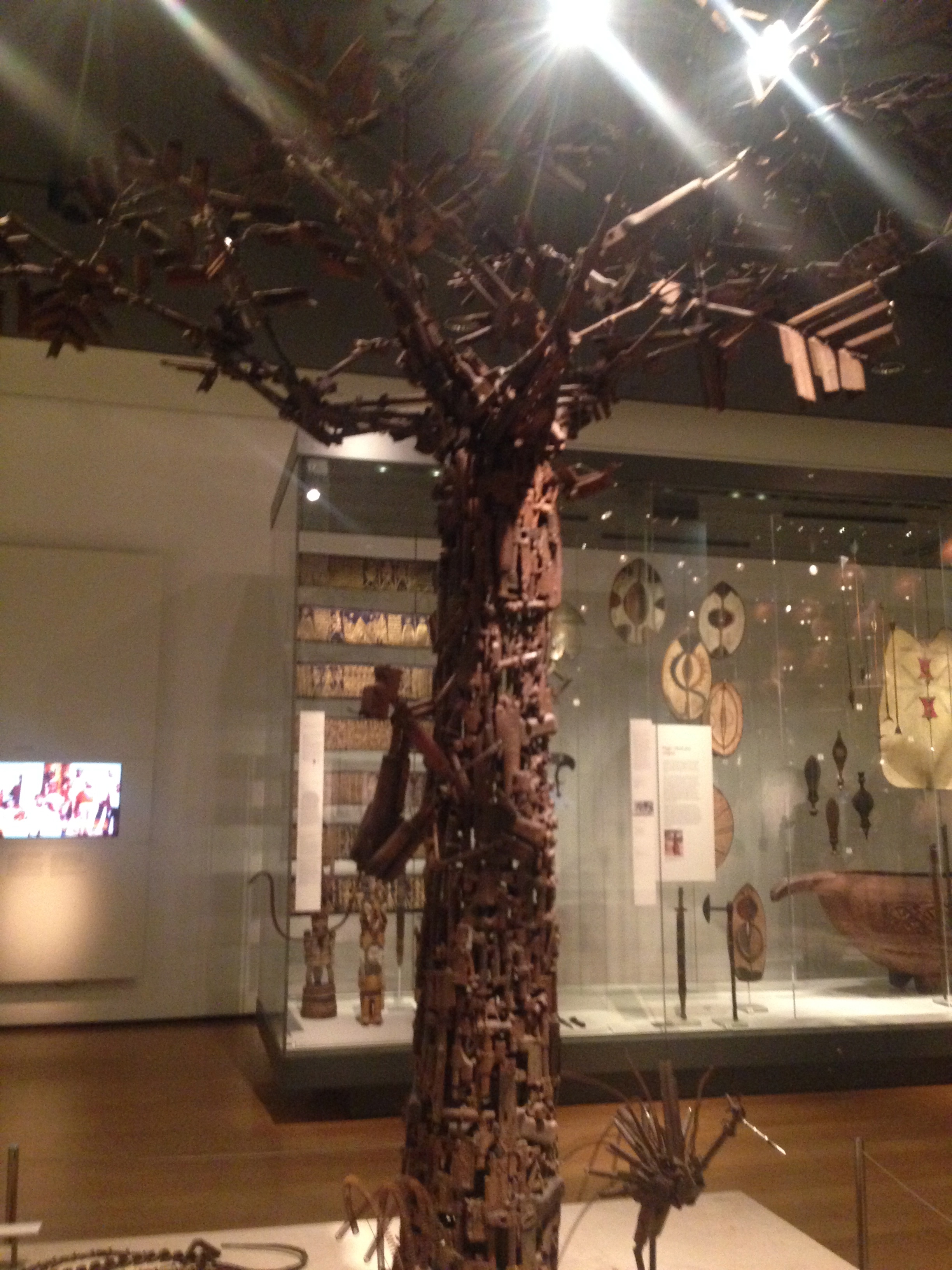 The famous picture of the Beatles crossing Abbey Road is recognized everywhere. My friend and I thought it would be fun to take the tube and a bus (we bought an unlimited weekly travel pass anyway) to Abbey Road and try our best imitation of the well-known strut across the street. The funny thing is, neither of us thought it was actually a busy road that cars frequently drive through. The challenge was running in the street, getting someone to take our picture and running off before getting hit by a car! Luckily there were tons of other tourists doing the same thing, so we weren’t alone. 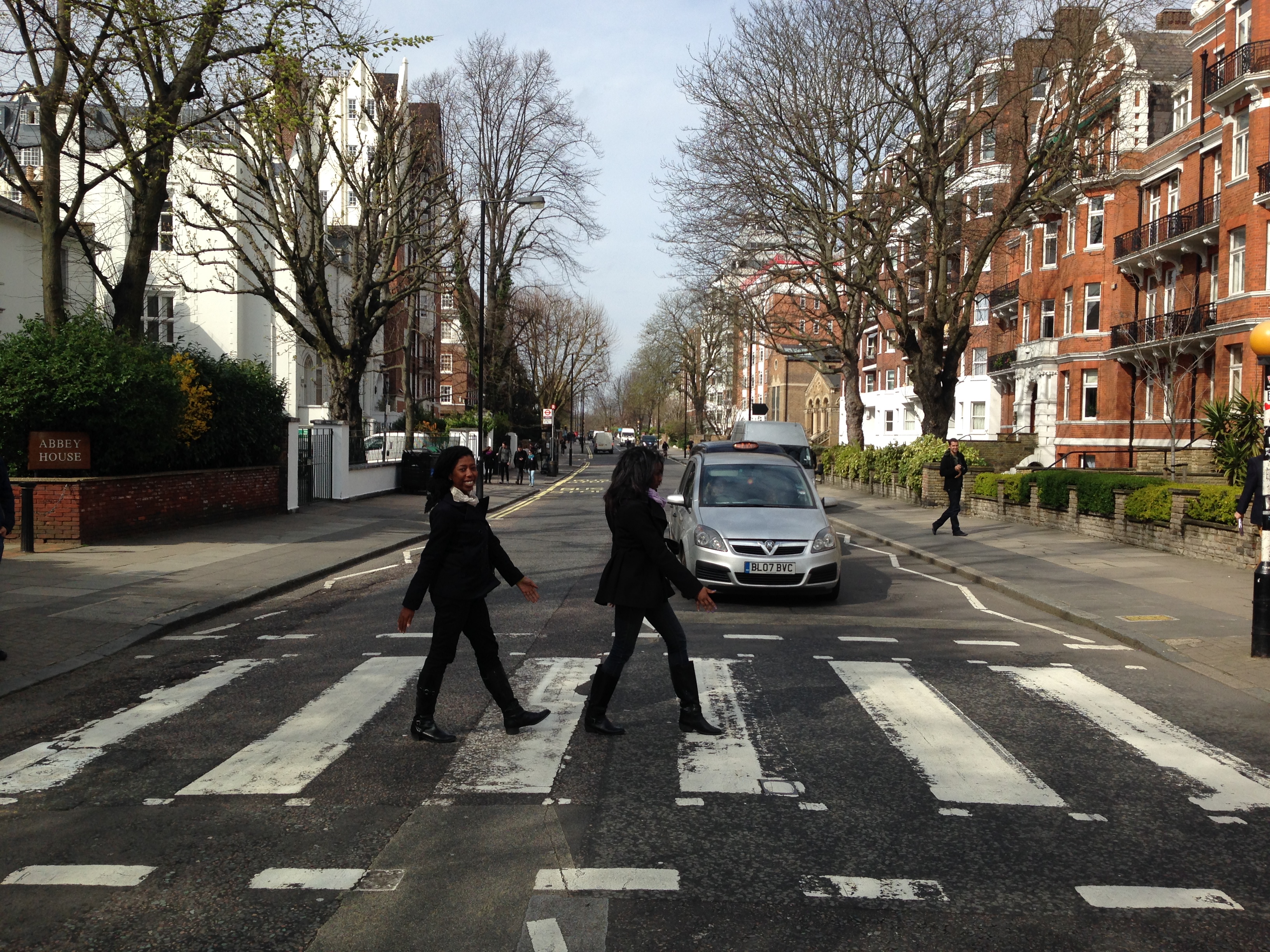 There are a lot of things to do and see in Piccadilly Circus, there are tons of stores, shops, restaurants & cool statues to take pictures of. We spent hours just walking around, visiting different shops and taking tons of pictures along the way. We then walked to Covent Garden and enjoyed street food, live music and live performances. Covent Garden also has a large variety of restaurants to choose from, so we went back to Covent Garden a few times throughout our stay. London certainly has a lot of bars and cool places to hang out. I was lucky that I have amazing cousins in London that were a ton of fun and took us out to cool bars. We’d meet up with one of my cousins  and her husband and they’d show us some of their favorite after-work spots. I tried different draft beers, met interesting people and ate a lot of good bar food.

I was also fortunate to have a girlfriend in London (Melissa, who I met volunteering in Ghana) who took my friend and I to Shoreditch, an area with a lot of young people and loads of bars and clubs. Luckily there were a lot of bars with free entry so we didn’t feel restricted to hop around on such a tight budget.  We eventually found a small club that played at least three songs from Lauryn Hill’s “The Miseducation of Lauryn Hill” album–this sold me to stay at that club for the rest of the night. Another girlfriend of mine’s father lives in London, so naturally I reached out to him when we planned this trip. I’m glad I did because he made the amazing suggestion to rent a bike for a few hours and ride through Hyde Park to Kensington Palace. We met up with him, rented bikes for fairly cheap and rode through Hyde Park. It was beautiful! The water, grass, friendly joggers–all made the experience fun. We rode to Kensington Palace, took cool pictures and truly enjoyed the atmosphere. The most beautiful part of my trip was reconnecting with my aunt (after approx. 20 years) and meeting my cousins for the first time. I was fortunate to be able to stay with my aunt in her flat during my time in London. Since my accommodations were taken care of, I would recommend Couchsurfing or Hostels for a week-long duration in London. I’ve had great experiences with both in other cities and I’m sure London being the great city it is–would be no different.