Rexy Rolle, 30, is from Andros, Bahamas. She is the current Vice President of Operations and General Counsel for Western Air, a Bahamian airline. Rexy has worked in the aviation industry since she was 12, and has served in her current role for the last four years. We spoke with Rexy about her start in aviation and learned more about Western Air.

Travel Noire: How did you get into the aviation industry?

Rexy: I have memories as early as I can remember being in a cockpit. My Dad is a private pilot by trade, and I got into the aviation industry as a result of my parent’s passion and interest in it. It also was a part of the island culture in a way. Flying on small charter aircraft was a popular means of travel on my island. Residents were used to hopping on a 5-6 seater aircraft to go on a 15 mins flight into the city of Nassau, especially if the larger air carrier never showed up. It becomes a way of life when the things and places you need to get to are separated by water. TN: Tell us about Western Air.

The airline is a family owned and operated airline and was founded by my parents Rex and Shandrice Rolle in 2000.  My parents and I were living in Florida at the time when my mom and I went to the Bahamas for my great grandmother’s funeral. When we tried to return we were stuck at the airport for almost an entire day. I was 12 years old at the time and we kept saying to each other, that there must be another way to get to the city. It wasn’t difficult to convince my dad, an aviation enthusiast, on the idea of starting a small airline to service our community at the time.

We searched for one aircraft to finance and the aircraft broker introduced us to an aircraft financier who was intrigued by the business idea and offered us a three aircraft package deal, zero down. It was a blessing and it’s one of the reasons we call Western Air a company created by God! Fast forward, 18 years later, Western Air is the largest privately owned airline in the Bahamas with two passenger terminals and full-service maintenance facilities located in Freeport, Grand Bahama and San Andros, Bahamas. TN:  What is your role within the company?

Rexy: As VP of Operations & General Counsel, my role is expansive. On the operational side, I oversee the daily structure of the flights, crew, and movement of passengers to ensure we are operating the aircraft and servicing our routes in a way that is most efficient to passengers, but also to time and costs.

As General Counsel, I’m responsible for all major contracts, negotiations, acquisition/ financial agreements and transactions, large purchases, certifications and regulatory compliance with Aviation Authorities, as well as advising and prepping external counsel for any legal matters about the airline. 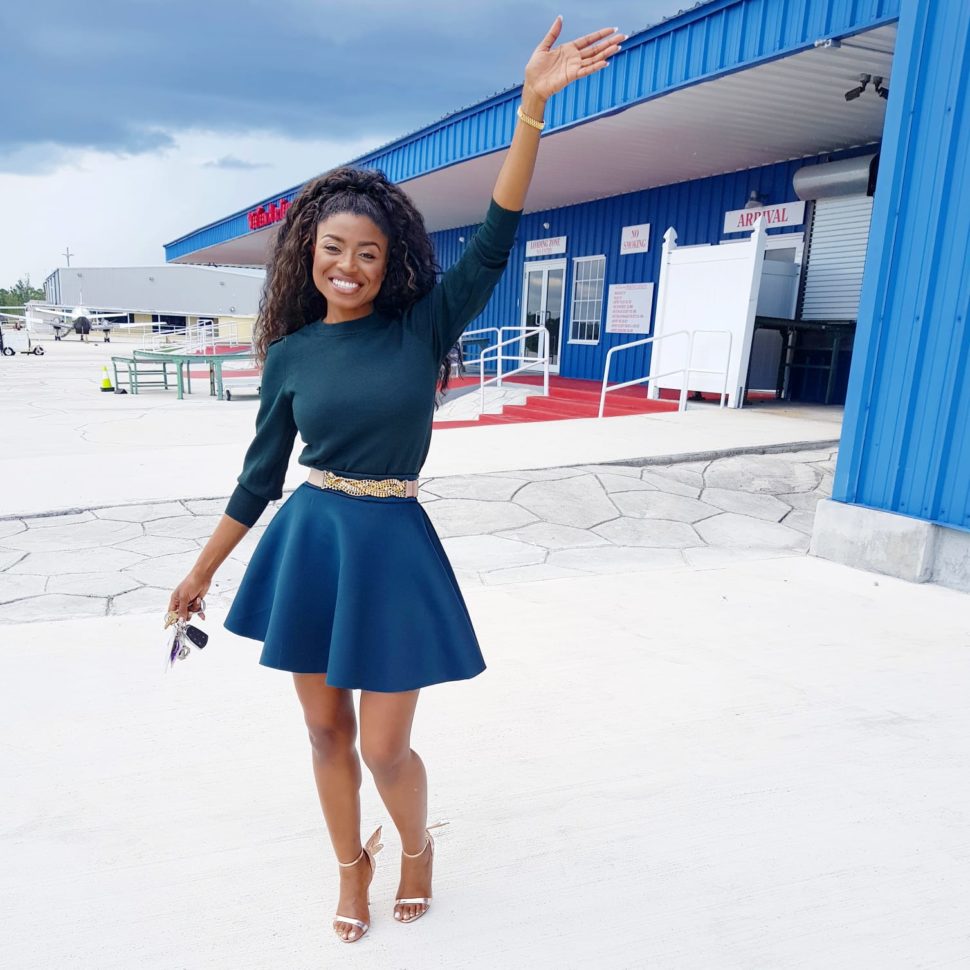 TN: What does this airline mean for Bahamian aviation?

Western Air also has the first and only (thus far) passenger terminal facility inclusive of its own security screening which operates independently from the airport. Being the first at things comes with many challenges because it is often a fight with the status quo, but I genuinely feel as if our growth is growth for the Bahamian aviation industry at large. We have seen major progress in the Bahamian aviation industry over the years and I like to believe that Western Air has aided that progression. TN:  Can you tell us about any plans for the company?

Rexy: Absolutely! We plan on offering scheduled flights between the Bahamas and the Dominican Republic, Cuba and Jamaica. There will be more opportunity to island hop in a unique way! The new jets have allowed us to expand our range for private charters as well and we are looking forward to adding more international routes early 2019. We also are often requested to begin scheduled flights between the Bahamas and southern US destinations, which we are preparing for. TN: Where can we find you and Wester Air on social media?