Let’s be honest, some cities in the United States don’t get the credit they deserve. Houston, Texas is one of them. The city is mentioned in almost every hip-hop song to date, so there has to be something about the southern city that draws tourists. We think its the food. These restaurants are some of the best black-owned spots to grace the 713. 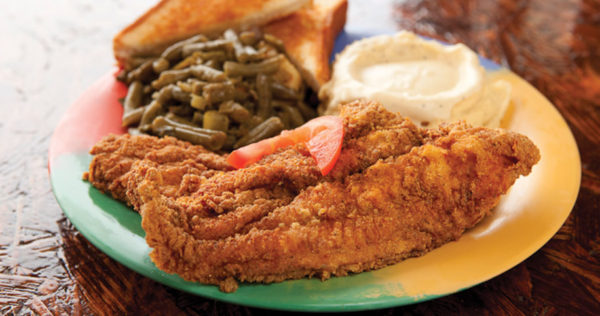 Photo courtesy of The Breakfast Klub

No, we’re not talking about Charlamagne. The Breakfast Klub is the place to be on any day of the week. Opened by radio personality Marcus Davis, the restaurant has become a cornerstone for tourists from all over since opening back in 2001. Highlighted on platforms like Good Morning America, USA Today, Esquire Magazine, and Forbes Magazine, the Klub has some mouthwatering favorites like chicken and waffles, crispy crawfish and coffees. One night at a Houston rodeo in 2015 grew into a goldmine for Lynn and Nakia Price. They opened the Turkey Leg Hut last year but the spot has already grown to a popular restaurant. Home of the ‘world famous stuffed turkey leg,’ the menu alone will make you want to travel. Foodies can start with Swamp Fries and end with the Hennesy Glazed Turkey Leg. Celebrities like Uncle Snoop Dogg and Lil’ Boosie make sure they stop at TLH and get a plate whenever they’re in the city. 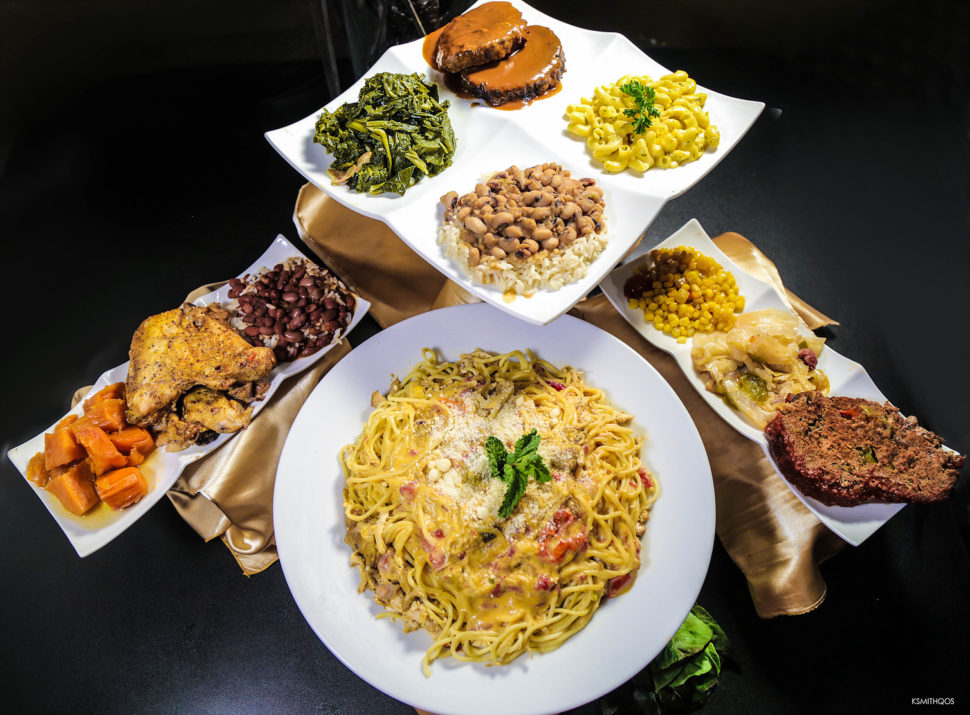 Esther’s Cajun Cafe and Soul Food take the term ‘keeping it all in the family’ to a new level. Esther Lewis opened doors to the cafe in 2008 and has been thriving ever since. Using recipes handed down from generations before her, travelers will feel right at home as soon as they walk in the door. Choose from some classic southern favorites like meatloaf or cajun chitterlings or eat something that is made to order, like a fried fish or chicken combo. Two brothers decided they wanted to honor their great-grandmother in the best way possible. So Chris and Ben Williams opened up Lucille’s in the heart of Houston’s Museum District. Lucille’s creates an atmosphere unmatched to other restaurants, serving some of the finest in southern cuisine with a touch of serious class.  From the roasted gulf fish to braised lamb neck pasta, you might want to put on your Sunday best at Lucille’s. Photo courtesy of Phil and Derek’s

There are probably plenty of places in Houston where you can find good food and music, but not like this. Phil & Derek’s brings New Orleans vibes to the 281. Voted as one of the best brunch spots in the city, the restaurant hosts some of the world’s best wines as well as a menu for any occasion. Their famous Big Jim’s Gumbo and Grilled Lamb Chops are some favorites among regulars. Top that off with some smooth jazz, and this place sounds like date night heaven. 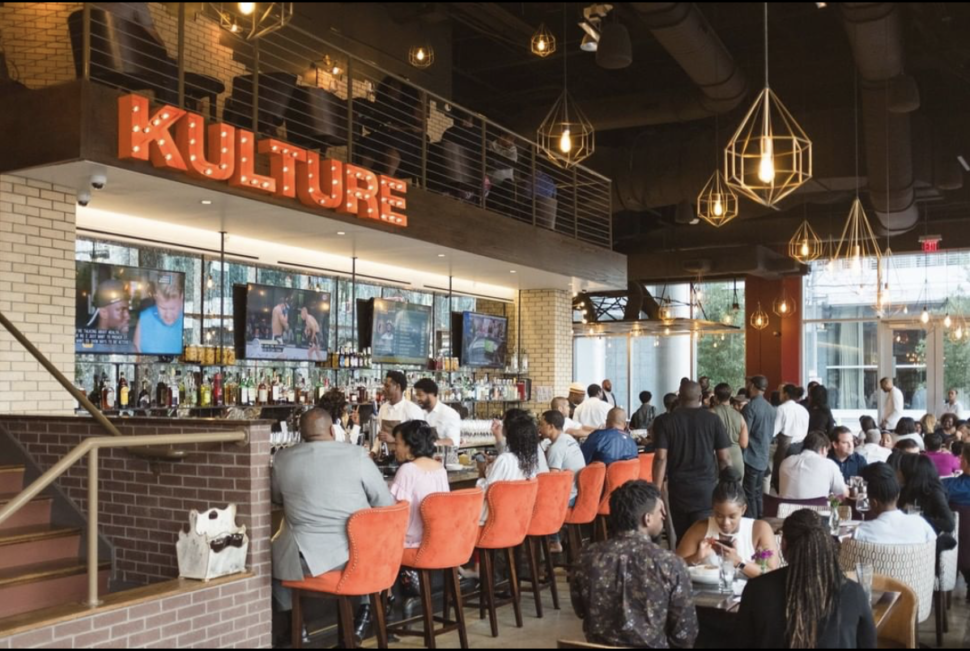 Kulture does just what the name says. It brings the black culture to Houston for everyone to experience. The urban comfort kitchen is the sister spot to The Breakfast Klub, hence the letter change, and is known for their modern twist on some of the city’s culinary favorites. Their menu allows foodies to choose between delicious fried foods like fried okra or go the healthy route like a unique cabbage wedge. Now, that’s different. This spot brings food from our homeland to Houston. Lucy Ethiopian Restaurant and Lounge is a safe haven for travelers that want to relax in a different type of environment. Connected to Africa, the spot is named after a common name for an Ethiopian specimen, said to be an ancestor of modern day humans. Serving specialties from the African country like sambusa and roasted red bell pepper hummus, travelers can also grab a hookah in the lounge area.

Houston This Is It Soul Food 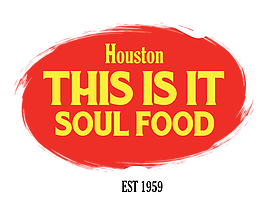 Photo courtesy of Houston This Is It Soul Food

Tradition is the standard at this legendary soul food spot. Serving the community to 60 years, Houston This Is It Soul Food serves up traditional soul food passed down by generations. As one of the oldest African-American restaurants in the city, owners Craig and Georgette Joseph have had any and everyone come to get a taste of their cooking. With food like ham hocks, chitterlings, black-eyed peas, smothered pork chops and oxtails on the menu, it would be hard to pass on a plate from them. 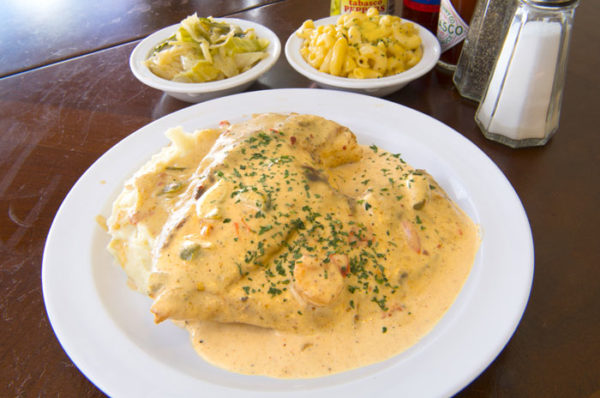 The celebrity fan base at Mikki’s is impressive. Everyone from 50 Cent to Kelly Rowland has stopped by to taste some of the best soul food in the Houston area. Founded in 2000, the family-owned business is owned by Jeanette Williams, who serves up dishes like Alfredo Tilapia and Turkey Necks like no other. She has some help from her daughter Jeanelle and son Craig Jr. so business never sleeps. Travelers will be able to choose where they want to eat because Mikki’s is getting ready to open a new location very soon. Just like the tagline says, this is not your average bar & grill. Its more like your dream man cave come to life. Relatively new to the area, Doberman’s gives you the perfect vibes to catch a Houston Rockets game or grab a drink with the crew. Inside or on the outside deck, customers can taste some oysters or keep it simple with some wings and beer.