With 54 countries and more than 1.3 billion people, there are more than 3,000 tribes across the continent of Africa. Here are eight indigenous tribes in Africa who have preserved their cultures for centuries: The men and women of the Himba tribe are known for their unique hairstyles that incorporate red paste of red ochre, butter, and fat known as otjize. They use this on their hair and skin to make their bodies glow with beauty.

Located in Namibia’s Kunene Region, The Himba tribe dates back to the 16th Century. There are between 30,000 to 50,000 in this tribe today. Mali’s Dogan Tribe is believed to have a rich history that dates back to 3200 BC!

The Dogon people are believed to be descendants of ancient Egyptians and are most famous for their astronomical knowledge and wisdom. The Dogon knew about the Sirius – the brightest star in the sky and the three-star system (Sirius A, Sirius B, and Sirius C) before scientists started researching outer space.

The Dogan Tribe are known for their mask dances and architecture. 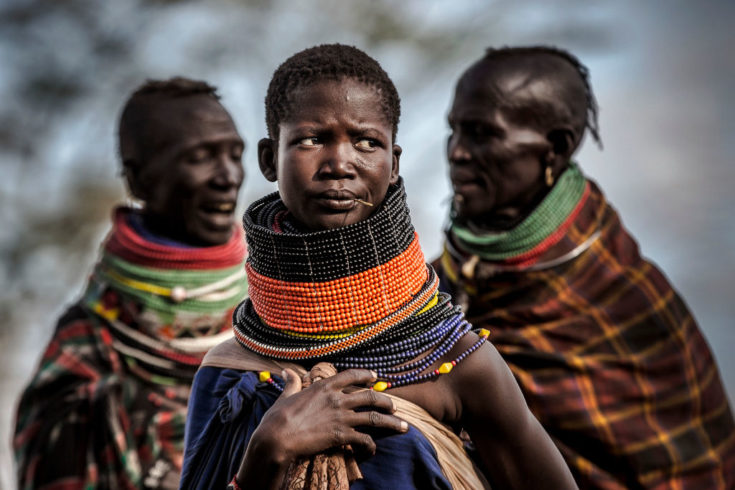 Located in Kenya’s Turkana District, The Turkana Tribe belongs to a bigger group of Nilotic tribes with the Maasai and Samburu.

Their history starts in Uganda before migrating to Kenya more than 400 years ago.

The Turkana are known as survivors as they inhabit the dry region of Northwest Kenya, where temperatures reach as high as 113 degrees.

RELATED: Beautiful Stays In Kenya With A View

The Karo paint their bodies with a mixture of white chalk, yellow mineral rock, iron ore, and charcoal to express beauty.

With a history that can be traced to Ethiopia,  the Karamojong have lived in the Northeastern region of Uganda for more than four centuries.

The Karamojong take pride in their rich cultural heritage and have avoided conforming to modern standards, including with clothing.

The tribe still dresses in traditional clothing, which consists of a blanket-like shawl, and the women wear elaborate beads and necklaces. The Maasai are one of the most well-known tribes in Africa, inhabiting northern, central, and southern Kenya and northern Tanzania.

It is estimated that 1 million Maasai people live in Kenya and Tanzania.

The Maasai Tribe is a tribe of warriors who trace their origins from migration from Sudan to Kenya and Tanzania along the Great Rift Valley.

The tribe is nomadic in nature, choosing to stay in smaller homesteads. They build their way of life around their cattle, which they insist are gifts from their god Ngai. They use the cattle primarily as a measurement of wealth as well as a source of food, even going as far as drinking the blood of the cattle for sustenance.

The Tuareg live in the Sahara, which means they can be found across several countries, including Niger, Algeria, Libya, and Mali.

The tribe practices Islam, but they have unique customs that differ from the mainstream religion.

In many Muslim societies, women traditionally wear a hijab. But with the Tuareg, a veil is worn only by men beginning at the age of 25. The veil signals adulthood and preparedness for marriage.

Another unique feature of this tribe is their language. While the Tuareg read Arabic and speak Hausa, their main language is Tamasheq. It falls under the Berber language group –  one of the oldest languages in the world. 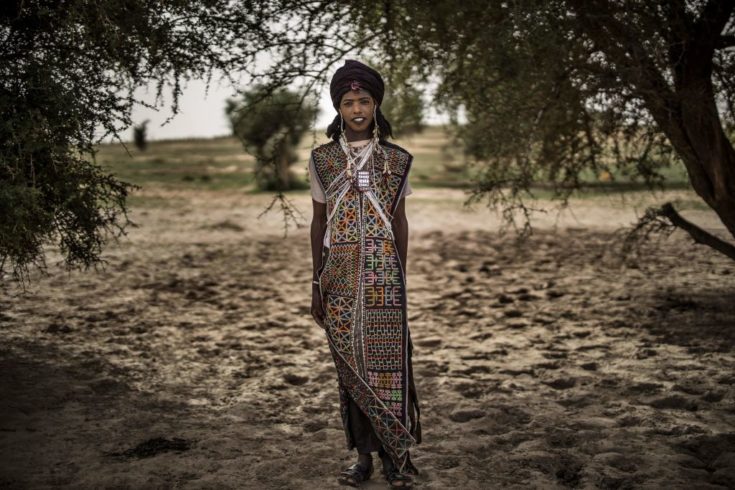 The Wodaabe Tribe is located in  Niger and Chad.

The Wodaabe are known for their tradition of Gerewol – a festival where men compete for love.

They paint their faces in bright colors, wear elaborate clothing, and perform a series of dance routines to attract women.

The dances, which go on for hours, are performed in front of female judges who choose the men they find the most beautiful.