Sail Away to Paraty

The sleepy town of Paraty (pronounced Par–a–chee) sits along the southeastern coast of Brazil. Nestled amongst the sultry beaches that make up the 325-mile stretch of coastline in-between Sao Paulo and Rio de Janeiro, Paraty once played a strategic role in Brazil’s history. During the colonial period, it was used as an export port by the Portuguese to transport the abundant gold mined from the nearby mountains of Minas Gerais to the city of Rio de Janeiro. After numerous pirate attacks and a steep drop in the abundance of gold, Paraty fell into decline in the late 18th century. A revival in the late 19th century—due in large part to the town’s production of cachaça (a distilled spirit made in Brazil from sugarcane juice)—has made Paraty one of the most popular destinations on the Costa Verde for both Brazilians and international travelers. 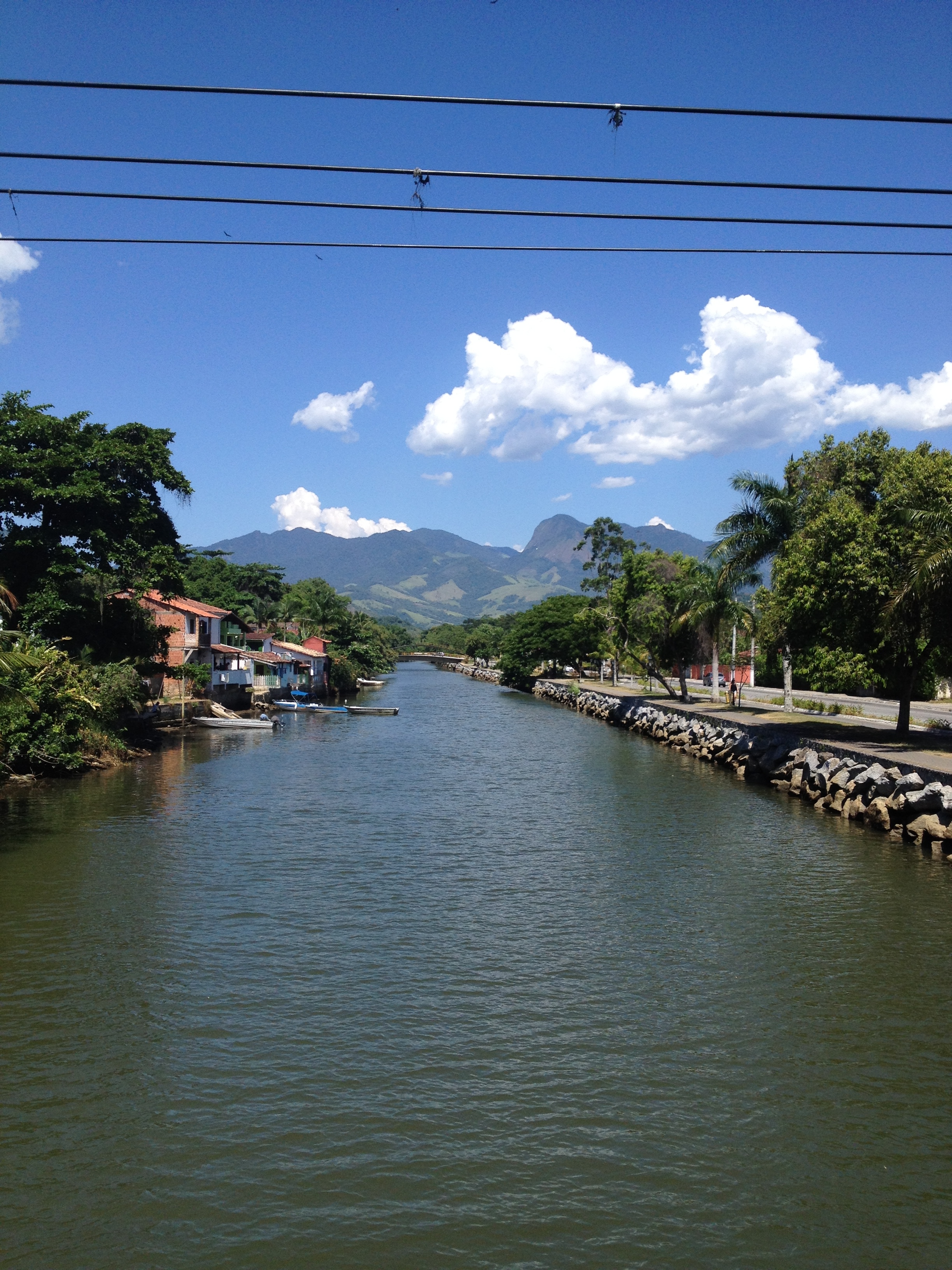 Paraty is only reachable by boat or car and is located a few hours northeast of Sao Paulo and a few hours southwest of Rio de Janeiro, both of which contain international airports. Two friends and I left from Sao Paulo early one Friday evening and participated in an epic battle trying to escape the city for the weekend. Battling your way out of Sao Paulo’s concrete jungle is a right of passage the paulistanos make almost every weekend during the summer and is enough to rattle the nerves of even the most seasoned urban motorist. There are sharp, winding roads cutting their way through the cliffs that separate the city of Sao Paulo from the beaches near Rio de Janeiro, a drive that is highly unsettling during the day and a sheer terror at night. Pair that with impatient motorists, nonexistent speed limits and uneven, dark roads, and you’ll understand why I decided to forgo a much needed nap in the passenger seat. Nevertheless, with brave hearts and emergency contacts on speed-dial, we nervously made our way to Paraty, holding our breaths at every hairpin turn during the 6-hour journey through miles and miles of unlit pitch.

We decided to spend our first day in Paraty sailing between the islands lying off its coast. There are scores of fisherman and boat owners lined up at the bay that can be hired for a 5 or 6 hour trip. You can arrange to be taken to islands with restaurants on them, where you can enjoy a traditional Brazilian dish prepared with freshly caught fish served with local beer and caipirinhas, a refreshing Brazilian cocktail of crushed ice, sugar, lime and cachaça. FYI, when it comes to caipirinhas, I am a self-proclaimed enthusiast (read: addict) and believe they are proof God loves us and wants us to be happy.

After haggling with a friendly boat driver named Fabiano, we walked to a nearby quiosque for a quick breakfast of açaí  na tigiela (a bowl of frozen and mashed açaí palm fruit with granola and banana chunks on top) with a cup of freshly squeezed orange juice. We then boarded our boat and settled onto the roof-deck, not knowing what to expect and not even sure we’d be able to last for 6 hours on a boat with no real destination. As we sailed out of the ancient port, we caught the last few glimpses of the town, as the tall white steeple of the historic whitewashed church disappeared behind us. 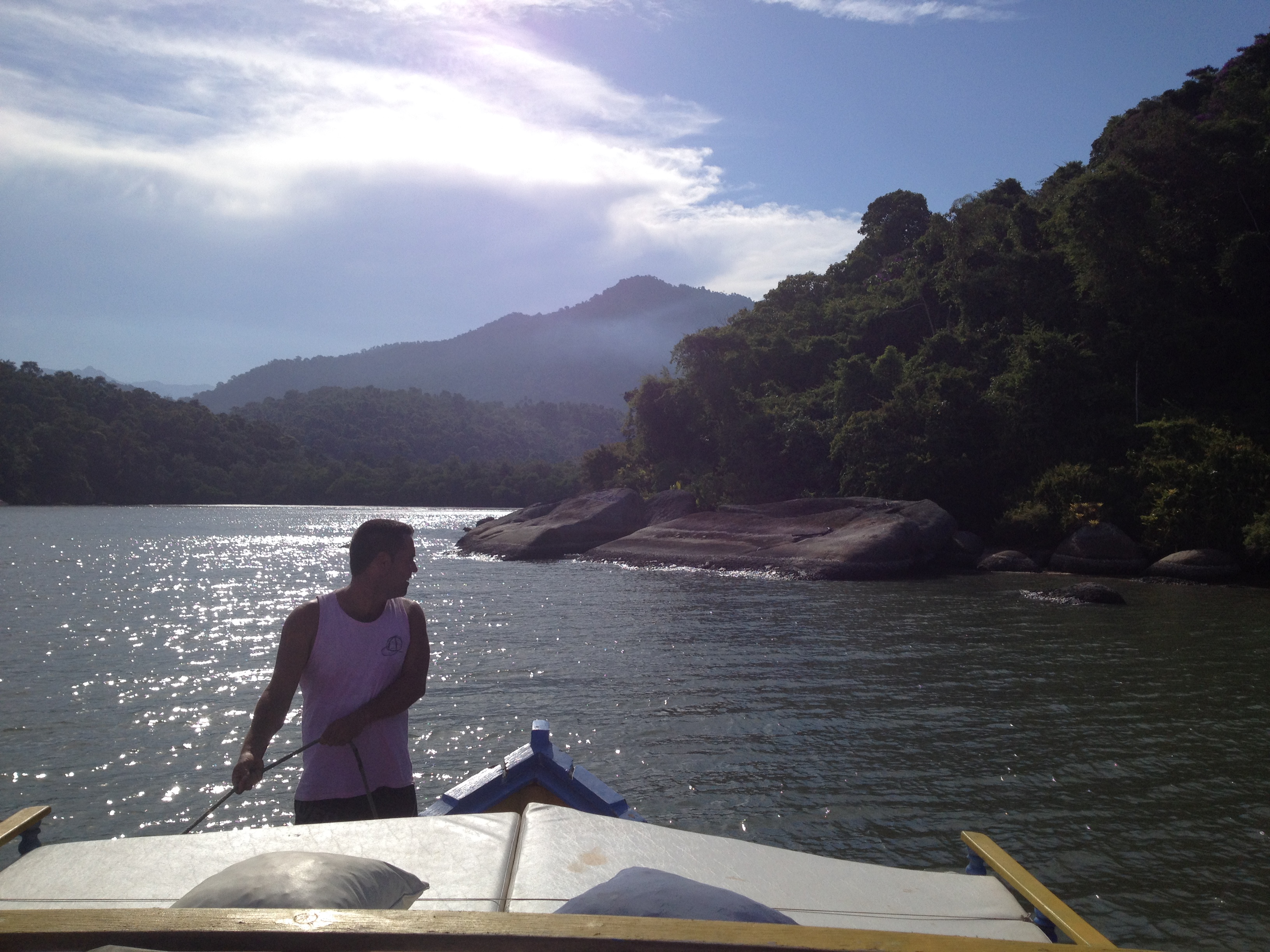 It took about 20 minutes to completely lose sight of the coast, during which the three of us decided to take a quick siesta. After slapping on an extra coating of sunscreen, we fell asleep under the scorching sun and awoke to find ourselves surrounded on either side by small islands overrun with lush vegetation and bordered with white sand. We instantly began pointing and calling out the islands we would buy, imagining ourselves owning and vacationing on our own private oasis (hey, a girl can dream). Just as the heat became unbearable, we stopped beside an island, Fabiano killed the engine, dropped anchor, and we dove into the refreshing water. As we floated around the boat, we took in the peaceful silence that surrounded us, and marveled at the beauty of the uninhabited island in front of us. There is something uniquely beautiful about an isolated island surrounded by idyllic waters, completely devoid of any markings of human life or interference. It awakens your inner explorer and you instantly feel connected to famous castaways such as Robinson Crusoe, Sinbad the Sailor, and (let’s face it), the entire cast of “Lost” and “Gilligan’s Island”. After a few more minutes of mulling over our chances of surviving on a deserted island (spoiler alert: slim to none), we hopped back onto the boat, and sailed away to the next island. We repeated this process for the next few hours, waiving at passengers we passed on other boats. We eventually dropped anchor in front of a larger, inhabited island. A long party boat pulled up directly beside us, its passengers preparing to disembark and swim ashore. We noticed their boat had a full bar on it, and we playfully mentioned to Fabiano that we were thirsty and could use a caipirinha. He immediately called to the crew of the other boat, and asked if they’d be willing to bring three caipirinhas over to us. Five minutes later, two bartenders from the neighboring boat were making their way toward us, one of them holding our caipirinhas while the other rowed. Talk about service! After a quick lunch on a nearby island, it was time to start heading back to Paraty. We dropped anchor a couple more times on the way back, enjoying a swim around the islands we passed along the way.

After a stop back at our pousada (or guesthouse) for a quick shower and a change of clothes, we started the night off with cocktails at Casa Coupo, a casual bar on the corner of the main square in the historic city center. The outdoor seating is perfectly situated for people-watching and taking in the sights and sounds of the small town as it prepares for a lively night.  Small restaurants line the square, offering everything from Italian food to traditional Brazilian cuisine, each with plentiful outdoor seating. Throughout the square, young children go from table to table, selling small knick-knacks and performing songs and dances for tips. For dinner, we ventured past the main square and had an unforgettable meal at Caminho do Ouro. A small restaurant beautifully decorated in a modern, contemporary style, the candle-lit dining room is a quiet sanctuary from the hustle and bustle of the foot traffic outside. After dinner, we walked around aimlessly, stopping periodically to listen to the frantic rhythm of the live samba bands inside the small, tightly packed bars. A number of bars even offered live rock ‘n’ roll, jazz and reggae bands. Drinks are relatively cheap and the revelry goes on until the wee hours of the morning. Once we were done for the evening, we took a long stroll back to our pousada along the main canal running the length of the town. We were especially careful not to bust our collective asses tripping on the large cobblestones that line the streets in the old square. Remember how I mentioned that Paraty was once a large export port for the gold from Minas Gerais? Well, gold brings pirates and with pirate attacks occurring frequently, the peoples of Paraty hit upon the ingenious idea of lining their streets with cobblestones so large and uneven that it would be nearly impossible to walk on them with shoes that had even the tiniest of heels. Those cobblestones still exist to this day, and it is still difficult to walk along the roads if you’re not barefoot!

The next morning, we drove 10 minutes south to Cachoeira Toboga, a hidden waterfall that is a favorite swimming spot for the locals. The waterfall itself is not very impressive, as you don’t get any breathtaking views or turbulent waters. What you will see, however, are people lining up to take a slide down one of the large rock formations into a shallow pool of water at the end (some of the more experienced people “surf” the rock and slide down on their feet). Even though I’m not a strong swimmer, I decided after much deliberation to take a ride down to what I could only imagine would end up being my watery grave (I figured if I died, at least it would be doing something cool). After securing the pledge of one of the men in line to help me should he see me flailing around in the water, I took the plunge. One blood curdling scream later, I resurfaced from the icy waters, spluttering and ready to slide down again…and again, and again. Before leaving, we stopped by the cachaça distillery located directly across the street where you can try over 20 different flavors of artisanal cachaça, all distilled right on the premises. 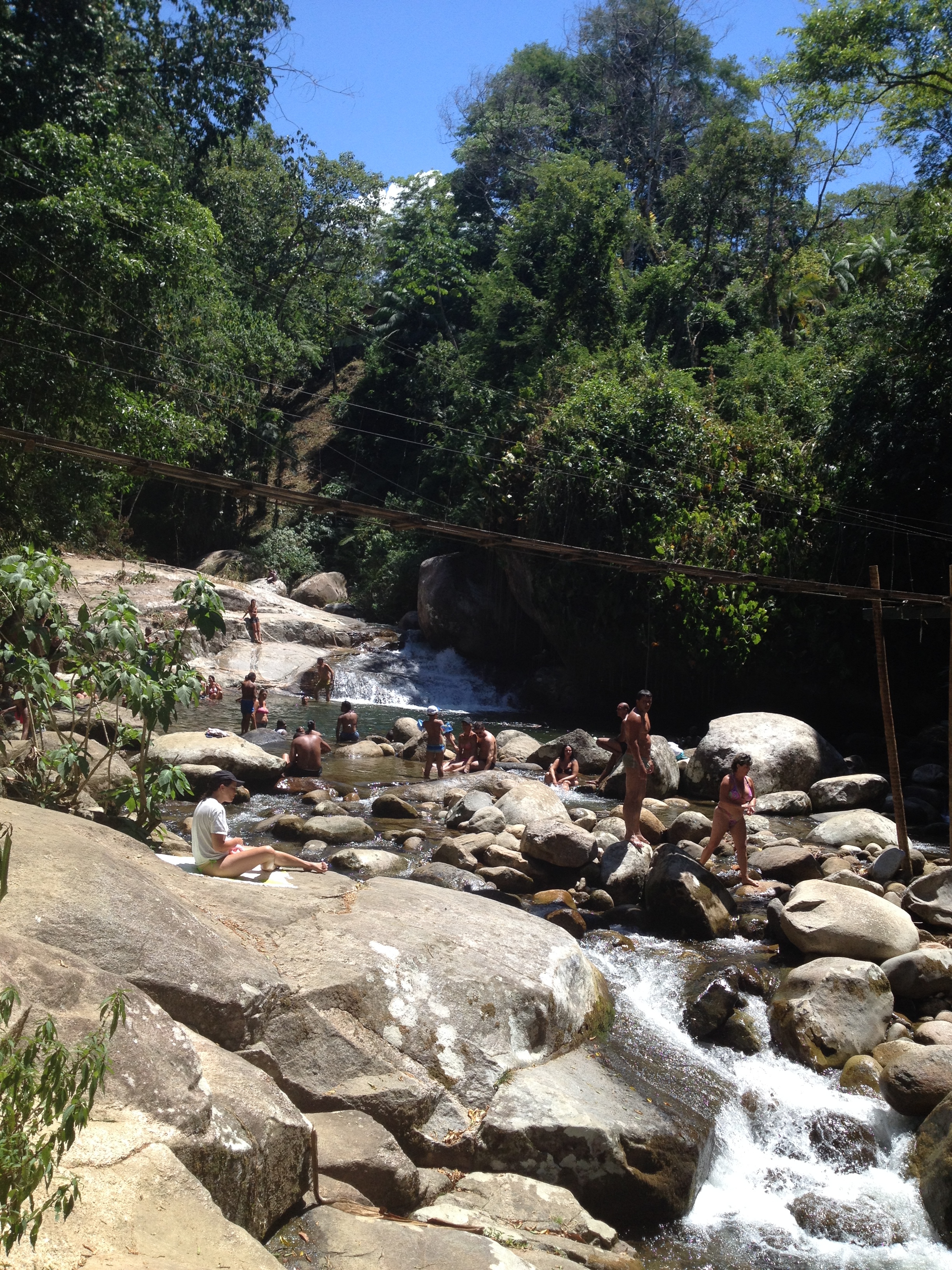 Reluctantly, we packed up and left Paraty. Driving back to Sao Paulo during the day was a welcomed change from our nighttime drive. One of the perks of driving along the Costa Verde is having the breathtaking view of the Atlantic coast at your side. You’ll pass by numerous praias with impossible to pronounce names. One such beach, Praia de Picinguaba, is definitely worth a visit. The sheer vertical drop down to it is not for the faint of heart, but if you’re brave (and ask Jesus politely enough to take the wheel—literally) you’ll be rewarded with a secluded paradise whose sky-blue water and white sand beaches will have you seriously contemplating quitting your job and renouncing all of your worldly possessions. The beach itself spans for miles, but you will typically only find a handful of people there at a time.

We spent about 2 hours at Picinguaba and had to pry ourselves out of the water and back into the car to brave the 6-hour drive back to Sao Paulo. With the Costa Verde to our left and the beautiful mountain ranges directly in front of us, somehow, the drive back through hours of gridlocked traffic didn’t seem so bad. Besides, we were too busy planning our future purchases of private Paraty islands to notice.

This story was curated by Priscilla Fasoro