This Black Woman Fell In Love With Japan After One Visit

Before arriving in Japan, I finished an incredible book: The Sun is Also a Star by Nicola Yoon. The coming-of-age novel is a story of immigration, love, and purpose that spans less than 24 hours in New York City. Starring Yara Shahidi (ABC’s Black-Ish), the novel will be adapted for film by Warner Brothers and available in theaters May 2019. The Sun is Also a Star reveals the true meaning of the Japanese term “Koi No Yokan” and illustrates that love with someone or something can happen, even when time is of the essence. Whether you have less than 24 hours to spare or 6 days (which arguably may not be enough time considering special cities Kyoto and Nagoya), there’s still so much to see on the island nation. Likened to New York City, Tokyo, the nation’s capital, is the most populated metropolitan area in the world, and is comprised of special wards like Shibuya and Shinjuku. Located in Shibuya, Tokyo’s fashion center and nightlife scene, I stayed at Cerulean Tower Tokyo for the first few days. Surrounded by a myriad of dining options and Shibuya station, the Cerulean Tower is steps away from Shibuya Crossing – the world’s busiest intersection with hundreds of people walking from all directions at any point during the day. Similar to Times Square, the busy intersection leads to ramen beer pubs and fashion favorites like Zara and Gucci.

After a day of shopping, enjoy an early dinner (making a reservation is highly recommended) at Japanese Seafood in Shibuya – Dogenzaka. To make things easier, allow the chef to choose from the menu to experience a variety of seasonal fish. Be sure to check out the horseradish with cream cheese and pork onion salad. The saké at Japanese Seafood is one of my favorite drinks.

Although there are a number of Ramen places, I highly recommend Ramen Nagi in Shinjuku (a ward 20 minutes from Shibuya). Open for 24 hours, you can’t beat the chef special for less than $10 (1000 yen). Nagi Ramen will come in handy after spending a night with Tokyo’s own, DJ Hokutu, at Atom Tokyo nightclub on ‘Pumping Tuesdays.’ Dance the night away at the “holy land of Hip-Hop” aka Harlem Nightclub and of course, the night wouldn’t be complete unless you “end up at 1 Oak.”

For a historical experience, travel back in time and visit Sensō-ji Temple, the most accessible and oldest Buddhist temple in Tokyo, located in Asakusa (about 30 minutes from Shibuya). Destroyed in World War II and rebuilt afterward, Sensō-ji Temple is a common tourist attraction surrounded by shops and restaurants. If you’re up for it, have your fortune told and dive deep into Japanese tradition. Following Sensō-ji Temple, also located in Asakusa, explore the second highest point in the world, Tokyo Sky Tower. Traveling at about 600 meters per second, it takes only a few minutes to get to the top for a spectacular view of the city from more than 2000 ft. in the air.

Before leaving the Birthplace of Sushi, it’s imperative that you rise before dawn and visit the Tsukiji Fish Market. Arriving before 9 AM is your only chance at experiencing the best sushi you’ll ever have in your life. 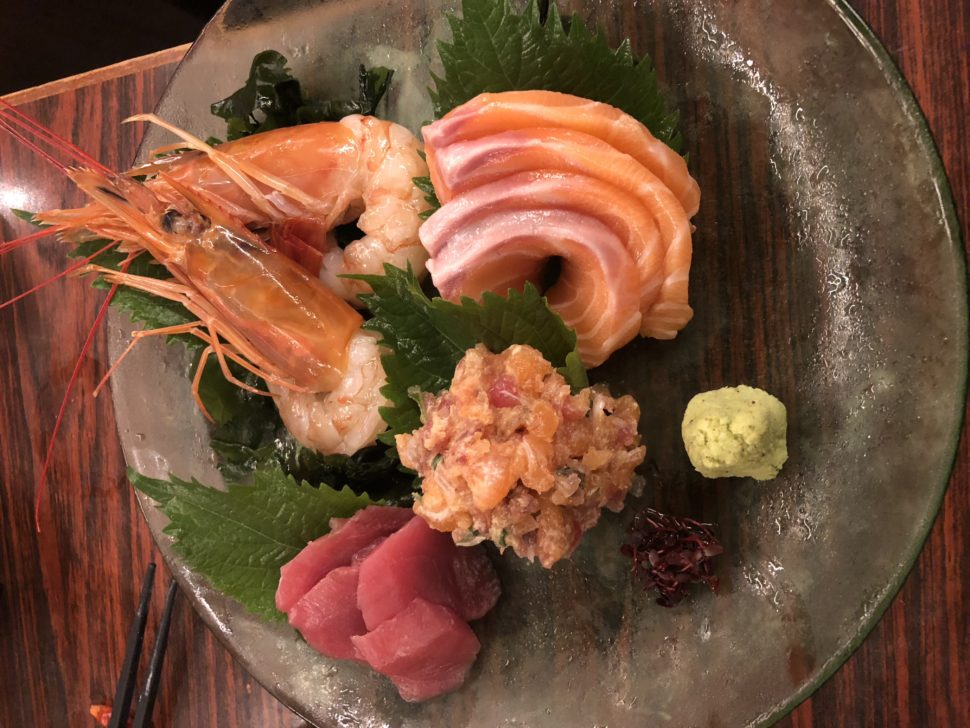 I would be remiss if I didn’t mention the most beautiful part of Japan — the people. They are so humble and welcoming. You’ll notice the Ojigi (the Japanese bow) everywhere you turn and even though some may be limited in their understanding of English, respect and service is at the culture’s core. I would highly recommend committing the following terms to memory as an appreciation for the Japanese language:

Hajimemashite – Nice to Meet you

Headquartered in Toyota, Aichi, Japan, I am even more proud to be an owner of one of the largest vehicle manufactures in the world, Lexus – a division of Toyota Motor Sales. I am all too familiar with the touts of “advanced technology” and “superior design,” but they are no longer marketing words. I discovered that “experience amazing” is more than the brand’s tagline – it’s a revelation of the craftsmanship, mastery, and excellence deeply rooted in Japanese culture.