There’s no escaping the need for a cup of perfectly brewed coffee when the mood strikes, but you shouldn’t have to rely on Starbucks to curb your caffeine craving. When nothing but a cold brew, espresso, or latte will do, these are the black-owned coffee shops you should visit in Philly, Iceland, Atlanta, and beyond!

Philecia Harris brought her love of 1960s-era design to Coffy Café, her coffee shop and event space that has been a Columbia Heights staple since 2011. Here you’ll find mouthwatering crepes, fruit smoothies, and teas, but the selection of lattes, espresso drinks, and cappuccinos is where the menu shines.

Urban Grind – Atlanta, Georgia
Atlanta has so many black-owned coffee shops to choose from that locals and visitors can easily avoid Starbucks. Urban Grind makes the list because of the Open Mic Poetry Night and Comedy Night the shop hosts that has united the community for years, and the service at Urban Grind is the best around.

Nothing goes together like coffee and…comics? Ariell Johnson is a big deal in the comic book world, and her shop, which opened its doors in 2015, has been instrumental in being an inclusive, safe space for comic book fans and coffee lovers alike. At Amalgam Comics & Coffeehouse, you can geek out about Iceman and iced lattes in peace. Keba Konte’s Red Bay Coffee location in Oakland is doing so well that the entrepreneur plans to expand his operation to 15 cities around the country in five years. Red Bay Coffee employees make above minimum wage and benefit from profit sharing, and the company is committed to investing in the local community.

Fine coffee and tea are just the beginning at this Leimert Park coffee shop, which also serves a vegan-friendly menu and hosts cultural events throughout the week. The space is warm and inviting and don’t leave before you take your picture on “The Throne.”

Iceland may not be the first place you think of when it comes to black-owned businesses, but Reykjavik’s Café Haiti is one of the most popular coffee shops in the country and it’s owned by Haitian-born Elda Thorisson-Faurelien. When you want to warm up in frigid Iceland, this is the best place to go. 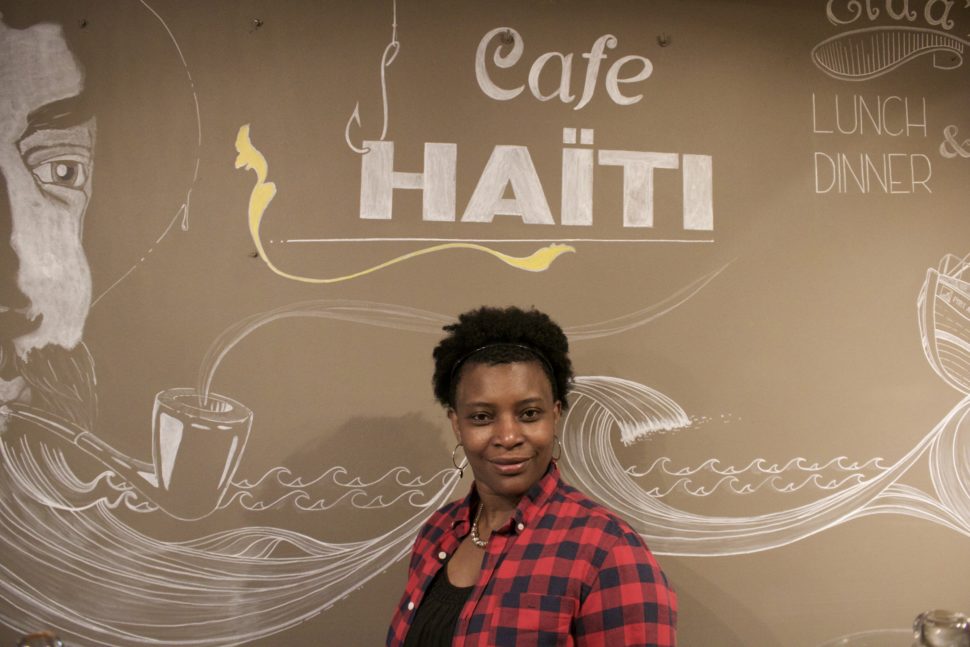 Thirteen years after owner Trez Pugh III opened his first coffee and tea shop, Sip & Savor now has five locations around Chicago. All of the coffee used in the shops are certified fair trade coffee, and there’s even a rewards program for repeat customers.

Sihle Magubane has been in the coffee industry for 15 years, and his café and brand called Sihle’s Brew is the first black-owned coffee brand in South Africa.

With nearly a dozen locations throughout Lagos, Café Neo is easily the largest black-owned coffee empire in Nigeria. Brothers Ngozi and Chijioke Dozie have grown the business to include locations in Ghana and the Ivory Coast, and the coffee shops can be spotted in upscale neighborhoods and retail spaces all around Lagos.

Backatown Coffee Parlour is everything a coffee shop should be. The décor is sleek and stylish while being inviting and distinctively New Orleans, and the coffee beans used are from a New Orleans company and black-owned micro-roaster in Mississippi. The coffee shop is owned by husband and wife duo Alonzo and Jessica Knox, and the selection of drinks, pastries, and entrees will justify you spending all day there. 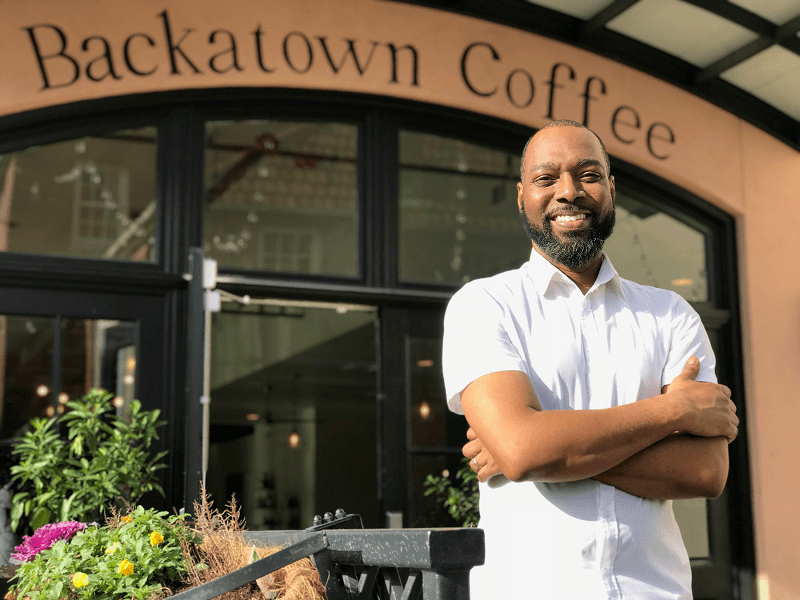