How Afro-Mexicans Celebrate The Day Of The Dead

While Dia de los Muertos is recognized worldwide, we rarely get a glimpse into how Afro-Mexicans celebrate the day.

African slaves were brought to Mexico in the 16th century and settled in the Municipality of Cuajinicuilapa (Cuaji) in the Costa Chica region, according to BBC News.  As time went on slaves, and later free black people in Mexico, began to incorporate aspects of Mexican culture into their own.  For many years the Mexican government failed to acknowledge the country’s Afro-Mexican population, dismissing them as indigenous or mixed-race. It was not until 2015 that Afro-Mexicans achieved recognition, with over one million people in Mexico of African descent or who identify as black or Afro-Mexican listed in a national census. 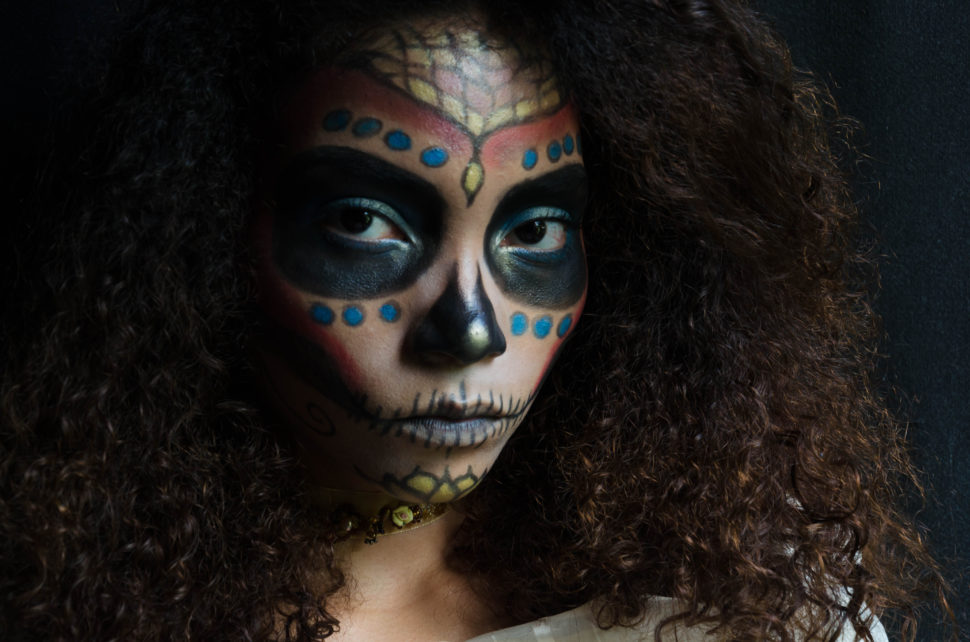 For Afro-Mexicans, the Day of the Dead is celebrated with traditions taught for generations. In African culture, dancing carries on tradition and spreads knowledge about the culture and its people. Everything from the music to the body movements connect back to the specific tribe that created them and their beliefs. For example, in Zanzibar, the Maasai warrior dance is performed by jumping up and down to the music. This dance also determines its performer’s strength level for the choosing of the next chief of the tribe.

During the Day of the Dead, Afro-Mexicans perform a ritual dance ceremony known as the “Dance of the Devils,” Danza de los Diablos. Created by African slaves, it is speculated that the dance references the African God Riuja, although no proof has been found. Slaves called out to this God for freedom and to remove them from their abhorrent work conditions in mines and on cattle ranches.

The dance references when ranchers or cowboys would use whips to gather the cattle to ready them for selling. Devil masks worn by the dancers feature a mustache and beard made from horse hair and deer antlers. Music is an integral part of Afro-Mexican culture and it comes from instruments such as donkey jawbone, “Quijada,” a drum called a “bote,” and a harmonica.

Historically, the “Dance of the Devils” was performed only by men but has evolved to include women, while still maintaining the tradition. Lead dancer Anao Herrera and the Obatala dance group perform dances, originally created by slaves. Through research, they found that the slaves who were brought to their town Oaxaca originally came from northeast Africa.

“We keep on dancing because we want people to know our culture.  With this, we want to consolidate our own culture, our identity as black people,” Herrera added.

The “Dance of the Devils” connects back to the African culture and history in Costa Chica, Mexico. The dance itself is a tradition that will continue to carry on from generation to generation.