What It Means To Be Black In London

“It’s lit!” is how Fanan Hailu describes her experience as a black woman in London.

Fanan moved to London at a young age, after her family sought refuge from Eritrea. Her story of migration is a familiar one for hundreds of thousands of blacks living in London. Many are the children and grandchildren of immigrants.

Fanan says she doesn’t remember “black culture” specific to London when she was growing up. “We never had a culture. We just kind of copied Americans when we were younger.  We just wanted to be like the Americans,” she says jokingly.

But now, Fanan says the growing “Afro Swing” music scene, is evidence that black Britons are developing their own unique culture. Afro Swing is defined by MN2S as an amalgamation of African-influenced melodic rap hooks and Caribbean chord progressions. The music genre, similar to Afrobeats, is being played throughout various party scenes in London.

“Black culture is evolving and now I feel that we have a culture that everyone is into now,” says Fanan. But if you ask renowned author and historian David Olusoga about black culture in Britain during the time he was growing up, his answer would be far from Fanan’s experience. In an opinion piece about race in the Guardian, Olusoga reflects on racial tensions of that made him feel profoundly unwelcome in Britain.

“To thousands of younger black and mixed-race Britons who, thankfully, cannot remember those decades, the racism of the 1970s and 1980s and the insecurities it bred in the minds of black people are difficult to imagine or relate to,” he said. “But they are powerful memories for my generation. I was eight years old when the BBC finally canceled The Black and White Minstrel Show.”

He goes on to say, “it was a place and a time in which ‘black’ meant ‘other’ and ‘black’ was unquestionably the opposite of ‘British’. The phrase ‘black British,’ with which we are so familiar today, was little heard in those years. In the minds of some, it spoke of an impossible duality.”

For Fanan, reflecting on her experiences, the behavior from her white counterparts that made Olusoga feel unwelcome still lingers today. “The British, they’re quite conservative with their racism, but they’re still very much racist,” she says. “You face racism and microaggressions in London every single day.” 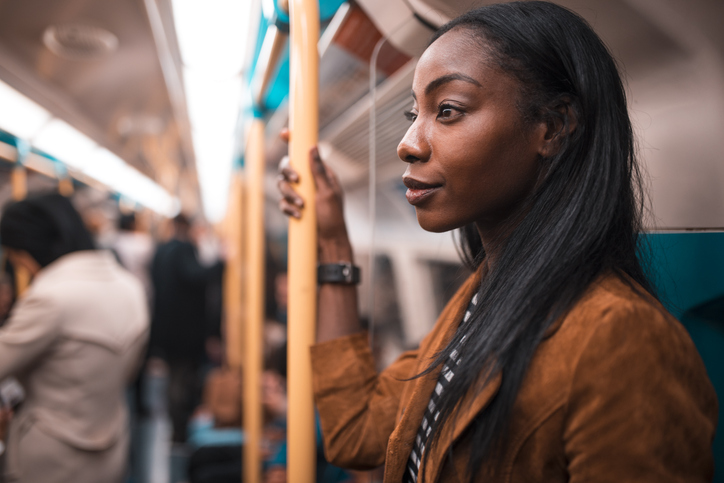 Where you find racism today, according to Fanan, is higher education and in London’s workforce. “When you’re in an entry level field, or you’re not working a professional job, you are treated as less than in the UK. There are people who are denied opportunities because they’re black.”

Fanan said the British conceal their racism, especially compared to race-relations in the United States. “What’s happening in America could not happen here. I am very grateful to live in the UK because we are very safe here,” she says. “I’m not going to try and compare the black experience in America, but a police officer just wouldn’t stop you and shoot you. If that happens, there would be complete and utter uproar.”

The Future of Black Britons

When asked how she would define black culture in London today, Fanan said it would be difficult because there are different pockets in London. “There’s so many scenes, but one thing I love about all black Londoners is that we have a dual-identity, so, we bring all these things into being British.”

And when it comes to systematic oppression and inequalities in London, Fanan says that’s changing too. “We are now going to be experiencing a wave of rich, black, kids growing up in London. I’m so proud of that. and I don’t know how the white Brits are going to deal with it. Everything is changing.  You can’t not like us anymore. We are in these prestigious places. Whether you like it or not, we are here, we are present, and we are powerful. Black people have a voice now and there is nothing you can do and it’s just going to get better and better from here.”