Pop-Up Museums You Should Visit This Year

When’s the last time you went to a museum for fun and not for a school assignment or research? Pop-up museums have become a popular sensation over the last few years, in major cities like Atlanta, New York, Los Angeles and even as far as London.

Here is a round-up of the top pop-up museums and experiences you won’t want to miss this year.

Museum of Ice Cream
Since the summer of 2017, the Museum of Ice Cream has been a popular phenomenon visited by many, including beauty influencer Jackie Aina. Pools of plastic cherries and sprinkles, a grocery store-inspired gift shop, and a variety of fun-colored backdrops and sculptures are great for your Instagram feed. The company has opened other exhibits in Los Angeles, San Francisco, and Miami. This exhibit is free and open to the public,” The museum is currently open in San Francisco, every day except Tuesdays. Tickets can be purchased here.

Egg House, Los Angeles
Let me guess, you just got a whiff of some scrambled eggs and cheese, with your favorite garnishes like tomatoes and spinach. Well, this isn’t that kind of breakfast house. The Egg-themed pop-up museum was designed as this whimsical dreamland for all egg lovers, such as myself. Walk on eggshells. Sway back and forth on an egg-shell shaped swing or simply play in your breakfast. Indulge in other eggtivites and eggcessories from local egg vendors such as The Egg Shop and Eggloo.

Museum of Pop Culture, Seattle, Washington
MoPop, as its called for short, uses pop culture as an incentive to encourage others to learn, create and connect with various audiences. You will find a supreme collection of pop culture content and innovative technology. Travel alongside music legend Jimi Hendrix and learn about his rise to fame in the 1970s’ in the Wild Blue Angel: Hendrix Abroad exhibit, including original photographs, artwork and the Electric Lady mixing console he used up until his death. Other exhibits highlight Nirvana, science fiction and the inspiration behind movies like The Wizard of Oz, Harry Potter and more. Dive into the narratives of Marvel’s most iconic superheroes such as Black Panther, Captain America, The Avengers, and one of my personal favorites, Spider-Man.

Color Factory, New York and San Francisco
Bring along your curiosity and explore the collaborative, color-boosting exhibit that is the Color Factory. Originally debuted in San Francisco in August 2017, the exhibit went from a month-long showcase into a full display show of creativity and color. Beauty influencer Kayla Boyd enjoyed the Tiffany Blue ball pit. Visit The Color Factory any day of the week, except Wednesday, in Soho’s Hudson Square neighborhood. Tickets must be purchased in advance, as the exhibit is open now until May.

“When I went to Color Factory in NYC, I had no idea what I was getting into, but it ended up being one of my favorite exhibits of all time! There were multiple themed rooms that approached color in all different ways, from actually sitting down and drawing to playing music to eating candy! It was a really unique experience, and it ended with a huge, blue ball pit! So of course, I had a blast.” 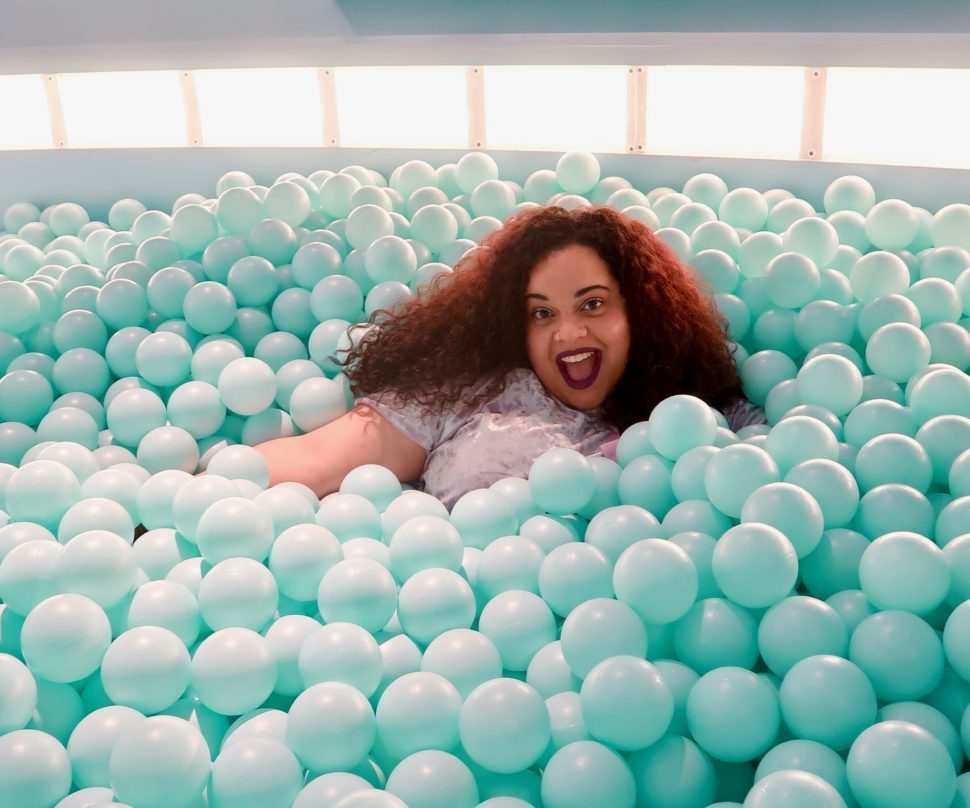 London Transport Museum
In Covent Garden, you’ll find an ode to London’s historical transportation system, celebrating Britain’s heritage. Visitors get an inside look at the architecture, signs, posters, photos, and uniforms all from the last 200 years. Check out London’s infamous vintage red Routemaster bus and other classic vehicles, over and over again. Once you buy a ticket, you can visit anytime, or so I’ve heard.

29 Rooms, New York and Los Angeles
Ready for a grand immersion of culture, creativity, and color focused around women? Always! Refinery29 co-founder and executive creative director Piera Gelardi wanted to create a space for all ideas and arts. “Whether that’s feeling inspired to get involved in a cause or picking up a paintbrush, we hope to help inspire new passions in people,” he said. 29 Rooms hosts pop-ups in various cities like New York and LA, throughout the year, with more thought-provoking themes each year.

The Wing Luke Museum of the Asian Pacific American, Seattle, Washington
Did you know martial arts artist and actor Bruce Lee opened his first martial arts studio in Seattle? Me neither, but it’s one of the many unique things you learn during Bruce Lee’s four-part exhibit on his personal life and obstacles that shaped his journey into a global icon. The most recent installment Do You Know Bruce opens March 10 and runs until 2020. Take a guided tour through the streets of Seattle’s hidden gems, such as the Wing Luke Museum. Learn about the cultural history of Asian American pioneers and their contributions to art. 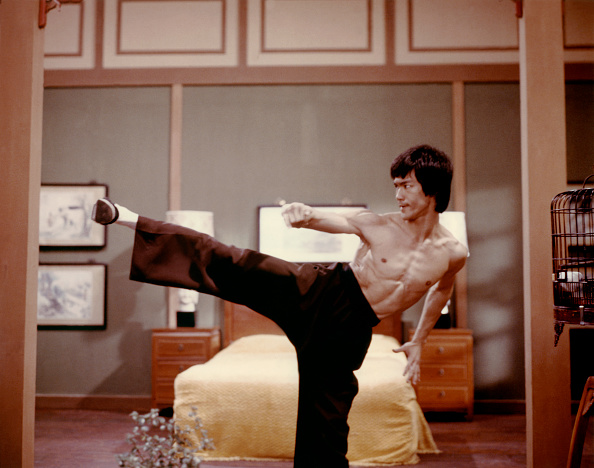 On the set of the ‘Enter the Dragon’ movie. (Getty Images)

Winky Lux Experience, New York
Winky Lux opened its first pop-up experience store in New York City last year in August. This space is designed to ignite your creative juices and help you connect with other fellow lovers of all things beauty and makeup. Celebrate their beauty products and an array of magical moments featuring clouds, disco balls, stripes, watermelon and more, in one of their seven unique rooms.

Snark Park, New York
Opening later this month in New York City is a collection of immersive art installations, all created by design studio Snarkitecture, challenging visitors to expand their mind when it comes to exploring their curiosity. Tickets are currently on sale, $28 for adults and $22 for children over four years old.

Candytopia, Dallas, Atlanta
If you’ve got a crazy craving for candy, just like me, let’s go to Candytopia. This pop-up shop brings a high-class interactive, experience to candy and all things sweet. From flying unicorn pigs to a marshmallow tsunami, bring your friends and family to satisfy your sugary sweet tooth. The three-month exhibit is currently in Atlanta until July. Get your tickets soon. 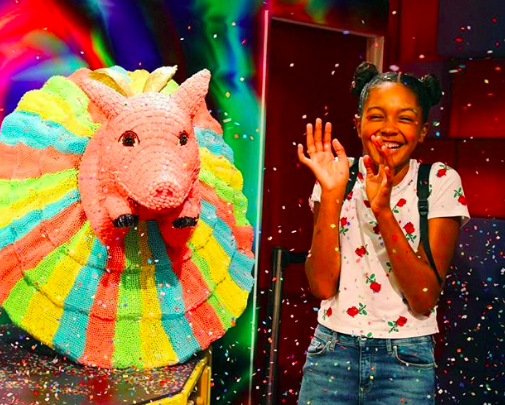 Museum of Selfies, Hollywood
The Museum of Selfies is the perfect place for influencers, photographers or your average joe that wants to look like a photographer. It’s got all the right accessories for you to stunt on Instagram such as fake awards, emoji pools and tubs of fake money. Get all the right angles at this color-popping interactive exhibit.

Winky Lux Experience, New York
Winky Lux opened its first pop-up experience store in New York City last year in August. Designed to ignite your creative juices and connect with other fellow lovers of all things beauty and makeup. Celebrate their beauty products and an array of magical moments featuring clouds, disco balls, stripes, watermelon and more, in one of their seven unique rooms.

High Museum of Art, Atlanta
Atlanta is a hotspot for contemporary art and culture combined into one. The High Museum of Art houses over 15,000 pieces of art, including the largest collection of civil rights prints in the U.S. and art in the Southeast. The Six Infinity Mirror rooms exhibit by Japanese artist Yayoi Kusama was one of their latest editions to the museum with its interactive accessories and activities, such as placing polka dots stickers in a once-white living room, adding pinches of red, blue and yellow.

The museum also hosts monthly events like Friday Night Jazz, on the third Friday of the month and Films at the High. 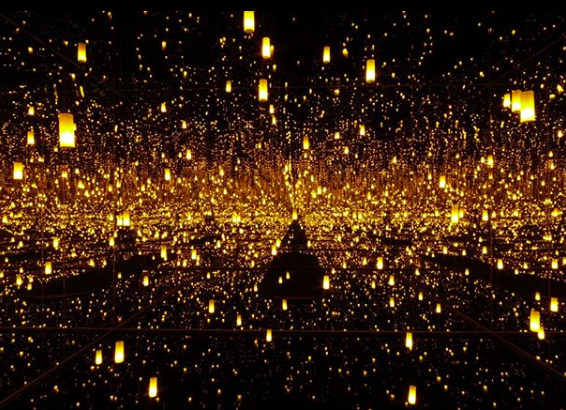 Museum of Illusions, Los Angeles
Enter the world of illusion at one of New York’s most unique museums, where you’ll be both mentally stimulated and visually confused by various elements. Change your view of the world by 360 degrees in the Rotated Room or use their kaleidoscope mirror, or stay afloat in their anti-gravity room. The museum is open Monday to Sunday from 9 am to 10 pm.

Happy Place, Los Angeles
When things get tough, it’s great to find a happy place. But for now, you can borrow Los Angeles’ place of peace, happiness and all things that make you smile. Their first pop-up experience featured over 100,000 guests exploring life-size installations, interactive rooms and guests capturing their happiest moments. Happy Place Boston is set to open this spring. “Because we believe that our world today can use a lot more happiness.” 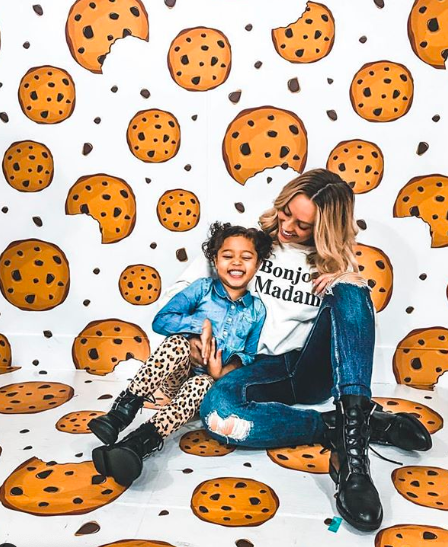 Rosé Wine Mansion, New York
Venture through this custom-built mansion designed to make you feel like part of the Bad and Boujee crew. Wander into each uniquely decorated room embarks on the history of wine while sipping on different Rosé from around the world. Although their New York mansion has ended, stay tuned for their hours this coming summer. Book your next private party at the Rosé Wine Mansion. The Living Computers Museum, Seattle, Washington
Take a trip back to the future celebrating the past and future of technology. It’s the perfect place for creative engineers and video game lovers, where you can create your own video game in the “Gamemakers Space.” This is one of Seattle’s must-see museums. The museum holds the world’s largest collection of fully restored, usable computers; supercomputers, mainframes, minicomputers, and microcomputers. Get geeked out with robots, artificial intelligence, and digital art.