Ramesha is originally from Houston, Texas. She recently moved to Qatar to work as an elementary school counselor at an American International school.

We spoke with her via email about life abroad and the benefits of expat life.

Travel Noire: What led you to Qatar?

Ramesha: The move to Qatar came as a result of having to postpone an 11-month missions trip I was scheduled to attend.  I believe the Lord revealed that I needed to stop running and deal with my debt. Shortly after calling off the trip, I received an email from a friend that said her school was looking for an elementary school counselor. She also expressed that this would also be a great opportunity for me to save and pay off my debt. So, I reached out to the head of schools, interviewed a few weeks later, and was offered the job on that same day. TN: What is life like as a Black woman in Qatar?

Ramesha: Being a black woman in Qatar comes with its ups and downs as it does anywhere else. People constantly ask where I’m from and automatically assume that I’m from Africa. When I state that I’m from America, its as if it comes as a shock to them.

What I’ve discovered here is that the country of origin on your passport holds a lot of weight and unfortunately, Black Americans are treated differently than our brothers and sisters from Africa. Overall, I would say that I’m treated with respect, but sometimes that comes with certain limitations. 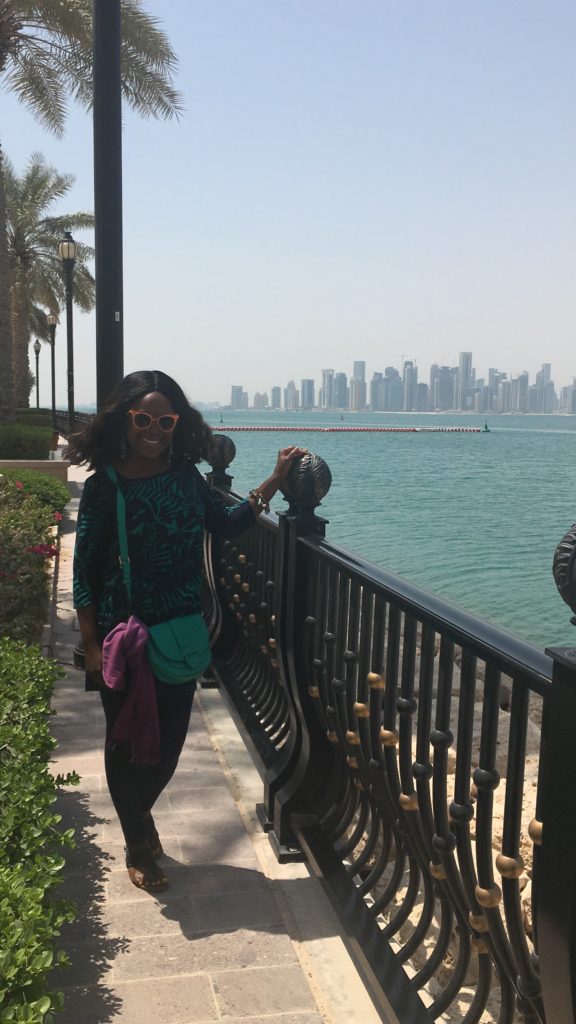 TN: Why is life abroad better than life in America?

Ramesha: For me, one of the greatest pros of living abroad is that it is such a great opportunity to pay off debt. If I must be transparent, when I left the U.S. back in August 2018 I had almost $11,000 in credit card debt. However, by the end of this school year (June 2019) and God’s grace, it will all be paid off. There have been times when I’ve fallen off, but I have to remind myself of my WHY for moving here and that was to work at becoming debt free. TN: How often are you able to travel now versus when you were in America?

Ramesha: This is only the second county outside the U.S. that I’ve visited. I sort of caught the international travel bug a little later in life. I’d traveled to several locations within the United States, but never abroad. The one thing I appreciate about being here is that I’m centrally located to travel. Next month, I’ll be traveling to Amsterdam, Netherlands and Brussels, Belgium. In April, I’ll be traveling to London and Paris. I’m most excited about that trip because I’ll be attending the Michelle Obama Becoming Tour. This summer’s tentative travel plan is heading to Italy to visit the Amalfi Coast, Rome, and of course home to get my fix of Chick-fil-A and some good Tex-Mex. TN: What tips do you have for our readers on moving abroad?

Ramesha: Definitely approach living abroad with an open mind, as well as limit your expectations. I’m not saying don’t have expectations, but not to put so much emphasis on how you want and expect things to go. The world I knew of versus the world I’ve come to know and experience here is totally different. There is so much to learn from the people that you will meet from all over the world. The world is so big, yet so small. I would also say if you’re considering moving abroad, do it. You learn so much about yourself in the process. For me thus far, it has been a unique journey of growth and healing.

Related: From Divorced And Laid Off To Living Debt Free In Abu Dhabi

Ramesha: You can find me on Instagram at the_rameshanicole.