What It Means To Be Black In South Korea

We’ve seen the stories here about Black Americans packing up their lives to move abroad. I too was one of those people.

I spent seven years working as a criminal defense attorney and part-time personal trainer when I realized I was simply burned out. After some research, consulting with friends, and through a random girl in an expat group telling me about her job, I signed on to work as an English teacher for a year in South Korea. Before going, I had watched dozens of vloggers give their accounts of their lives in the country. Some stories were hopeful, some a little discouraging. However, in the end, I knew that their experiences would not necessarily be mine. The key piece of information that I took away was to familiarize myself with the culture and the language.

By the time I arrived in my new home country, I could read the language and say basic key phrases. While this wasn’t required, I felt it was necessary so that my transition would be much smoother. When I began working in the public school system, I instantly felt a connection to those I worked with. Korea is a country that is all about hierarchy. So depending on your age and your title, people will treat you certain ways. Since I was older than most expats that come to teach and because I was an attorney, I was put higher on the totem pole by my coworkers. This made my experience there a lot better. It allowed me to have conversations with my co-workers about my life and being a Black person. They were always so intrigued because they respected me and wanted to learn about my world.

Related: What It Means To Be Black In Tokyo

I will say that despite being in this foreign place, I always remained true to my authentic self. I would change my hair almost weekly and not feel ashamed about it. I wore everything from braids, to weaves, and even wigs. Sure, the locals didn’t understand how I could change my hair so often, but it opened up a dialogue, which at the end of the day was most important to me. I wanted to ensure that I was using my time there to break down any stereotypes about Black Americans and show that we are to be respected despite our skin color. As the year progressed, my connections grew stronger and my students would even tell me how they wanted to have their hair like mine. I felt that I was successful in accomplishing my goal.

I can’t say that I encountered any direct racism or discrimination, but that isn’t to say that my time there was perfect. Yes, I got the stares, the random picture requests, and people pointed at me. Cab drivers wouldn’t always stop for my friends and I in Seoul, but I was prepared for it, so it didn’t bother me. We would laugh about it all at the end of the day. 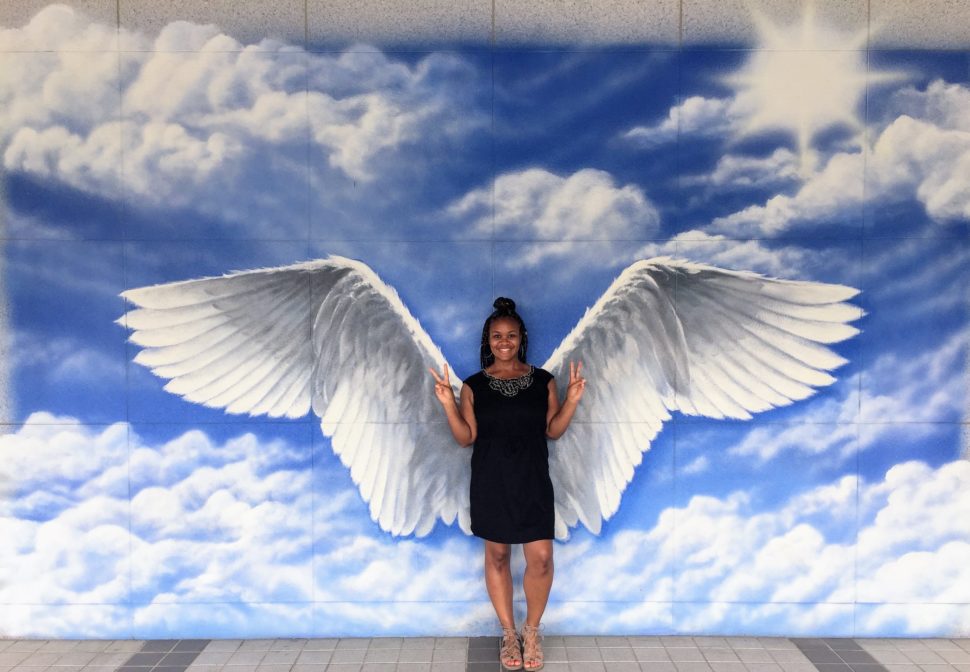 I am thankful for my tribe while there. There was a group of Black women, who also taught in my same school system, that became my shoulders to lean on when times got tough. We stuck together and were there for each other in the hard times of living in a foreign country where no one looks like you. If you decide to move to a foreign country, you have to put in the work to make your time great. It won’t just fall into your lap because you are a foreigner or an American. It won’t be perfect, and there will be some things that you may not necessarily agree with. Just remember your purpose for being there and the fact that you are the visitor in a foreign country.