9 Most Instagrammable Locations in Washington, D.C.

Washington, D.C has it all – from fantastic foods to famous historical museums and buildings. It is also known for its culture, art murals, and eclectic neighborhoods. The nation’s capital makes the perfect location for eye-catching pictures. Here’s a list of Instagrammable locations in D.C. to boost up your feed.

This urban-esque neighborhood housing a community of diverse people expressing passions, dreams, and creativity. Hence the colorful heart wall resembling a rainbow you see below. 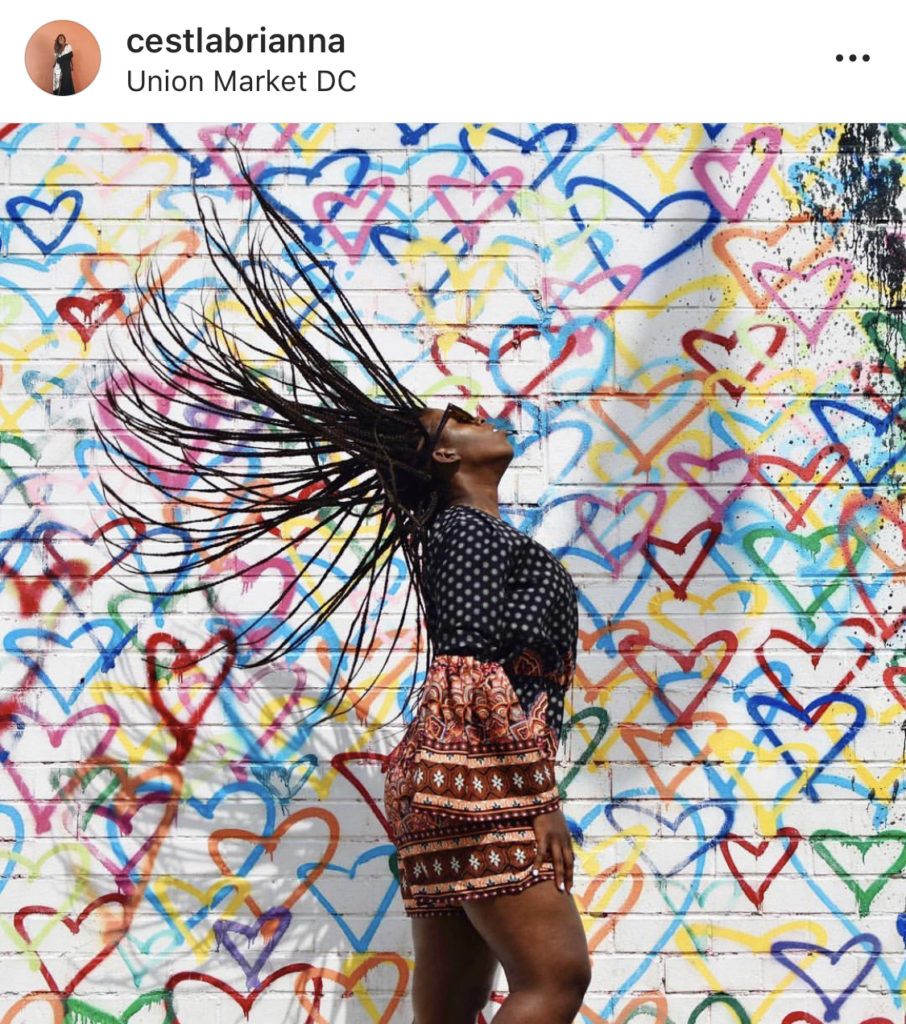 This modern destination is known for its over the top decorations in light of each season change. In the past, some of their decorations included striped beach balls, pink kites, and a grand light show during the holiday season. 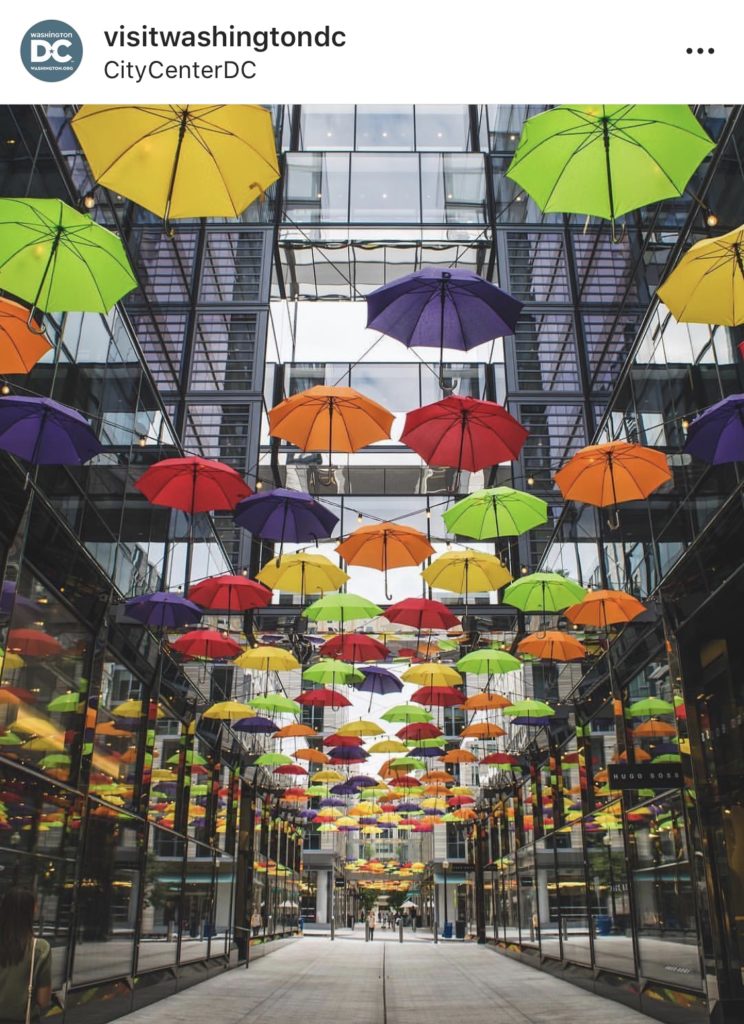 The story behind this gigantic painting of a slice of watermelon on the side of a row house is almost unbelievable. Apparently, the house was supposed to be painted red, but the wrong shade of was used leaving is with more of a pink color. The painters, rather than continue painting the other side, they simply add green and black paint, making it pop. The Friendship Archway marks the entrance to the D.C. version of Chinatown. This arch is symbolic of Chinatown and is one of the most notable landmarks in the city. 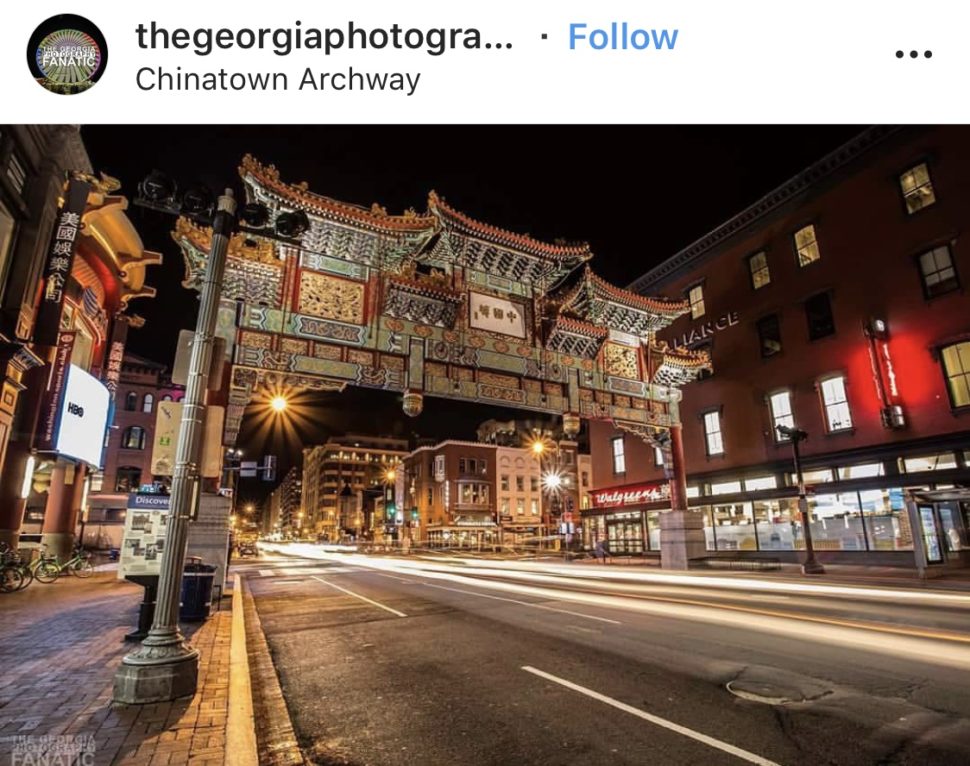 This innovative space in Southwest DC hosts rotating art exhibits that immerse visitors in a different world. It uses digitized images of water, leaves, and more projected on the walls. The images also respond to body movement, so you know what that means. Pose, pose, pose. Ben’s Chili Bowl has been a D.C. staple since it opened in the 1950s. The restaurant’s storefront is Instagram-worthy considering the plethora of colors for the setting. On the side of the building is another iconic D.C. staple, a mural of African American pioneers, such as our first family the Obamas, Prince, Harriet Tubman, Wale and more. 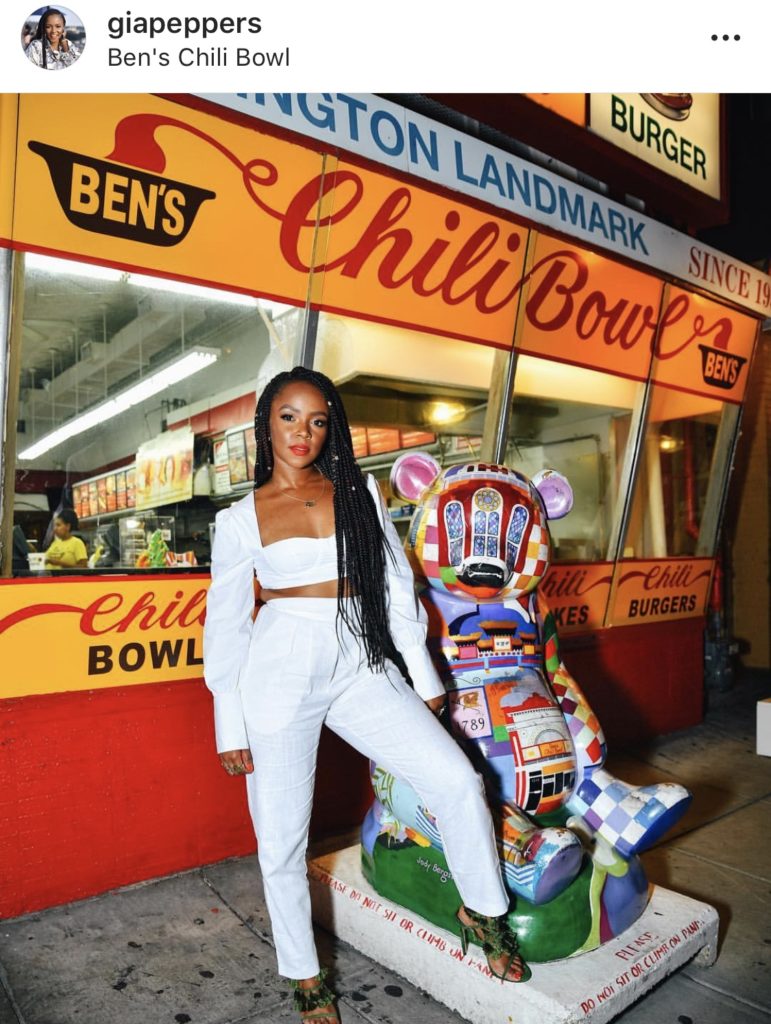 Blagden Alley houses colorful murals and splashes of graffiti on garage doors. The mural “LOVE” painted by artist Lisa Marie Thalhammer is a symbol of love and respect for all. This mural is also a part of the D.C. Alley Museum, a project she helped co-found with support from the D.C. Commission on the Arts and Humanities Public Art Building Communities Program. 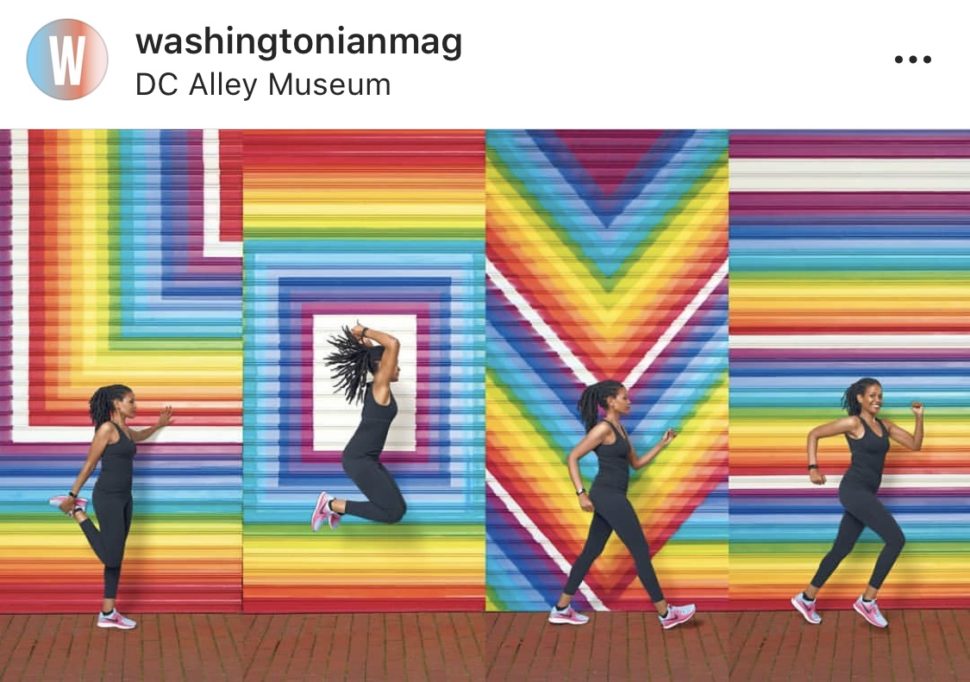 This multicolored building that used to be a church currently functions as a community center and event space. It’s bright neon colors is definitely eye-catching and makes for the perfect background for any photoshoot. 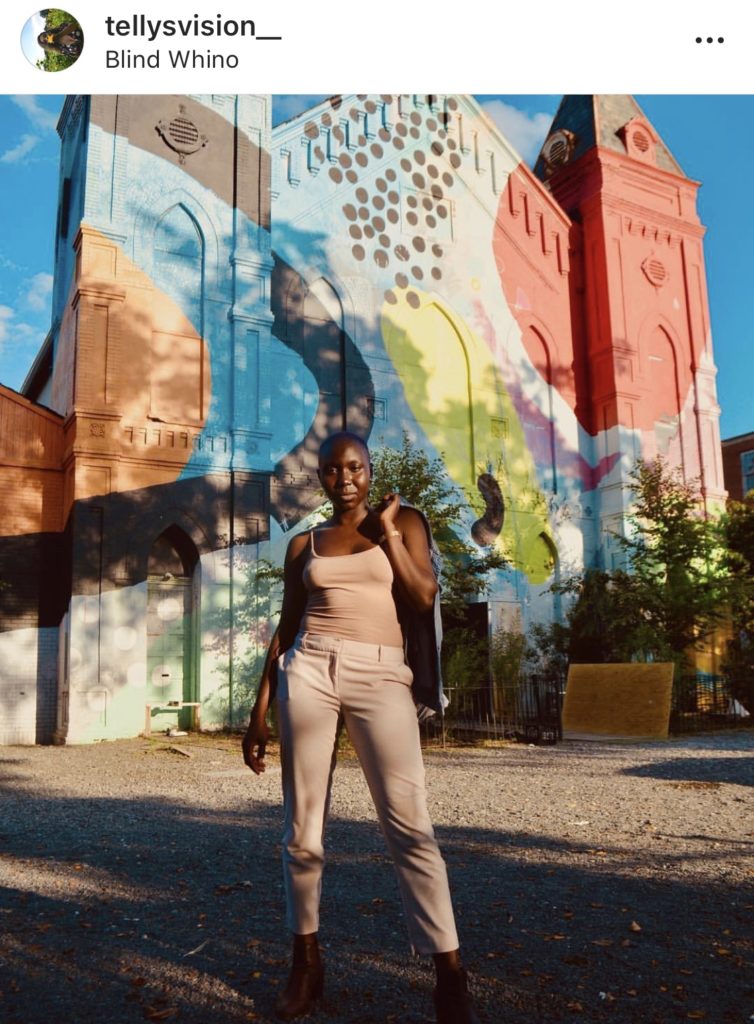 Located at the front entrance of The Embassy Row Hotel is a painting of Colette Miller’s Angel Wings, a part of the Global Angel Wings Project created in 2012.  Miller created the project to remind everyone that we are all angels of the earth. She has also painted wings in France, Taiwan, Cuba, Kenya and more.