The Black Expat Couple: 'We Eloped In Gibraltar'

Brittany is a South Carolina native who currently lives in Madrid, Spain. She works as an English teaching assistant and is actively pursuing a degree in International Education.

We spoke with her via email about life in Madrid, as well as how she met her husband abroad. 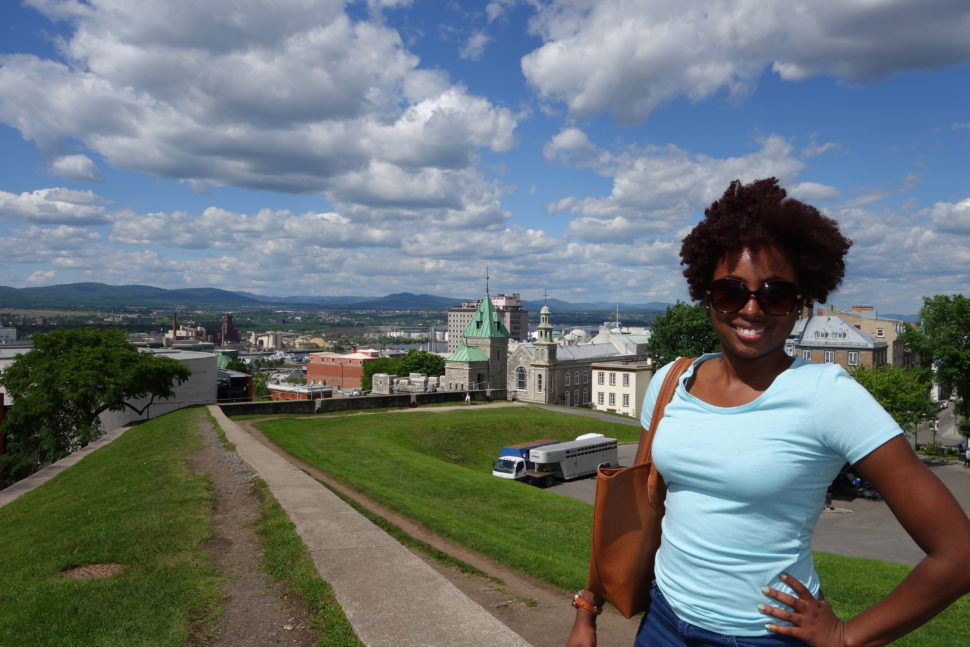 Brittany: I decided to move abroad because I wanted a challenge and to get out of my comfort zone. I felt that there was more to life than what South Carolina had to offer.  I wanted to see the world, have new experiences, and hopefully make dope friends along the way.

TN: What challenges have you faced as a Black woman abroad?

Brittany: While living in Asia and even in Spain, I had to get used to the constant stares. Sometimes there are looks of curiosity and other times they are straight up perverse looks of how much?  Almost like I’m a prostitute. Other minor challenges, which I think all black woman face while traveling, is the lack of accessibility to hair products. 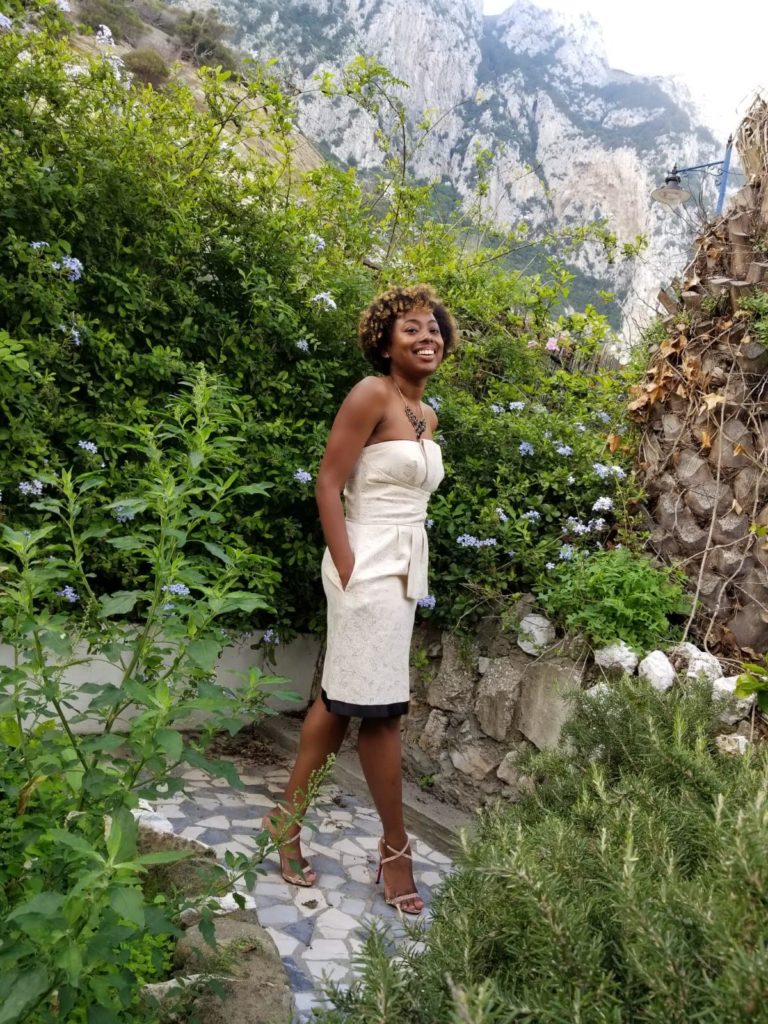 TN: How did you end up in Spain?

Brittany: To make a long story short, my husband is Black Canadian. We’ve always had disagreements about where we want to live. Either Canada or America? We had a tough time deciding and we both still wanted to travel more before planting roots somewhere. I did some research on places where we could both learn, save, and grow. Spain turned out to be the best option. It has a very low cost of living, and a 16 hour work week for English teaching assistants which gives us time to obtain degrees and certificates. Not to mention, it’s very inexpensive and it’s a convenient location for travel to other parts of Europe. Lastly, as wine lovers, it’s like heaven. 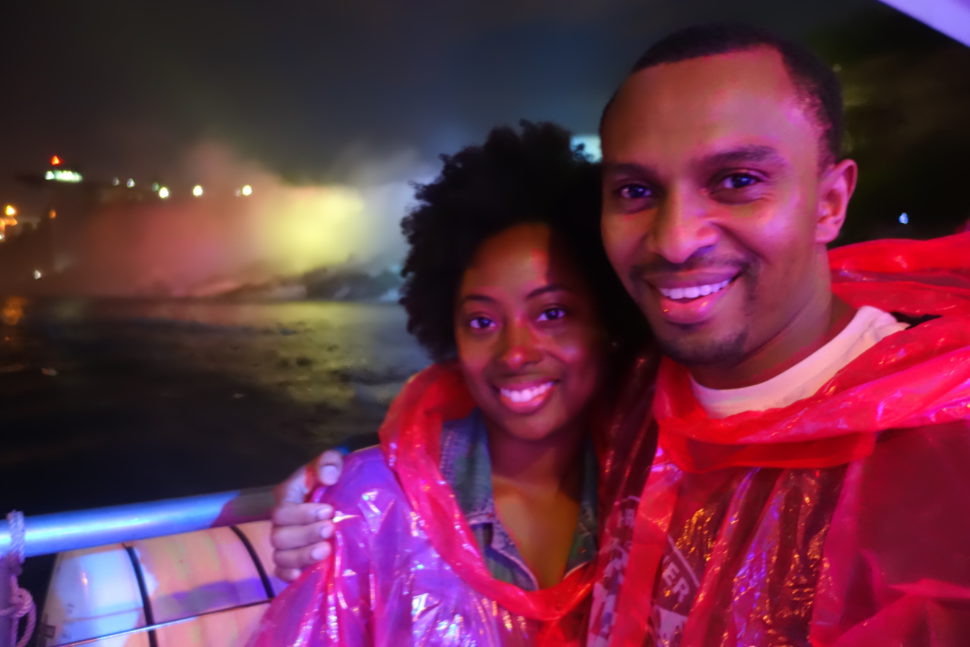 TN: How did you meet your husband abroad?

Brittany: I met my husband while working as ESL teacher in Daejeon, South Korea.  My friends and I went out to the local bar. I was trying to order a drink and I remember looking at him on the other side of the bar. I was thinking, “who is this cute, short, black man that  I’ve never seen?” Later that night, we coincidentally met at another bar and we had a conversation about the murder of Mike Brown, police brutality, and Black Lives Matter. The conversation was a breath of fresh air.

Related: The Black Expat: ‘I Met My Boyfriend 15 Days After Moving Abroad’

TN: How did you both decide to elope in Gibraltar?

Brittany: We originally planned to get married in 2020. However, it’s been our dream to live in the Middle East. Through research, we discovered in many, if not all, Middle Eastern countries, it’s illegal for non-married couples to cohabitate. Thus, we decided to speed up the process and elope in Gibraltar. We chose Gibraltar because it’s one of the easiest places logistically in Europe to get married. It’s also very inexpensive and very picturesque. 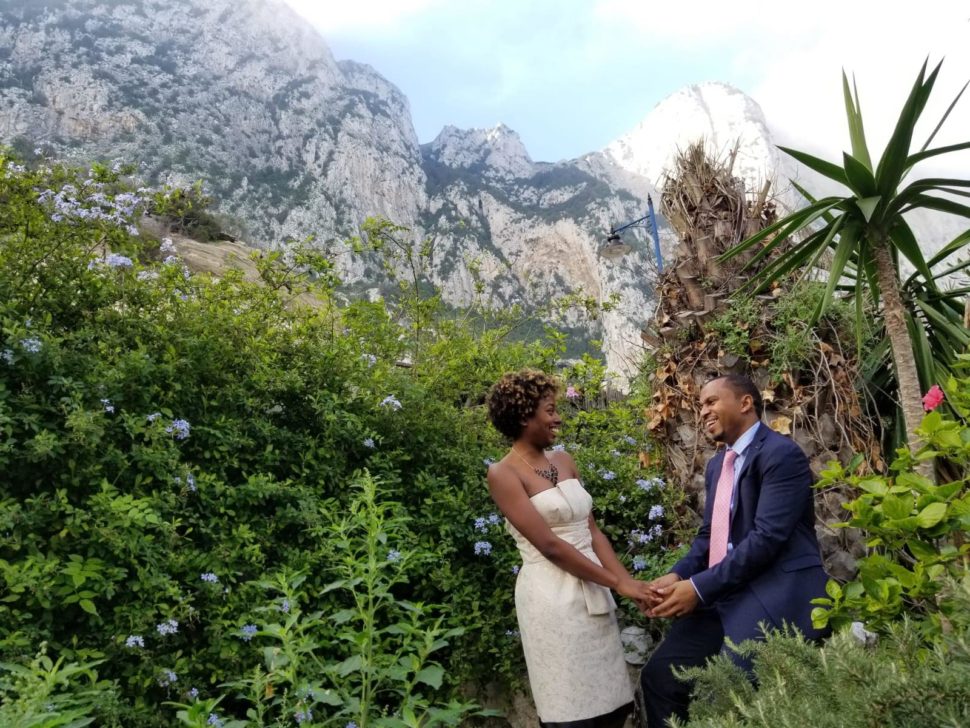 Brittany: Eloping in Gibraltar was really easy and straightforward. We only needed our birth certificates, passports, and we had to fill out some legal paperwork. It cost approximately 300 euros to officiate the marriage at the city hall. Three of our friends came, and I video called my mom on WhatsApp so she could see the ceremony. It was an amazing day. Stress-free and laidback. 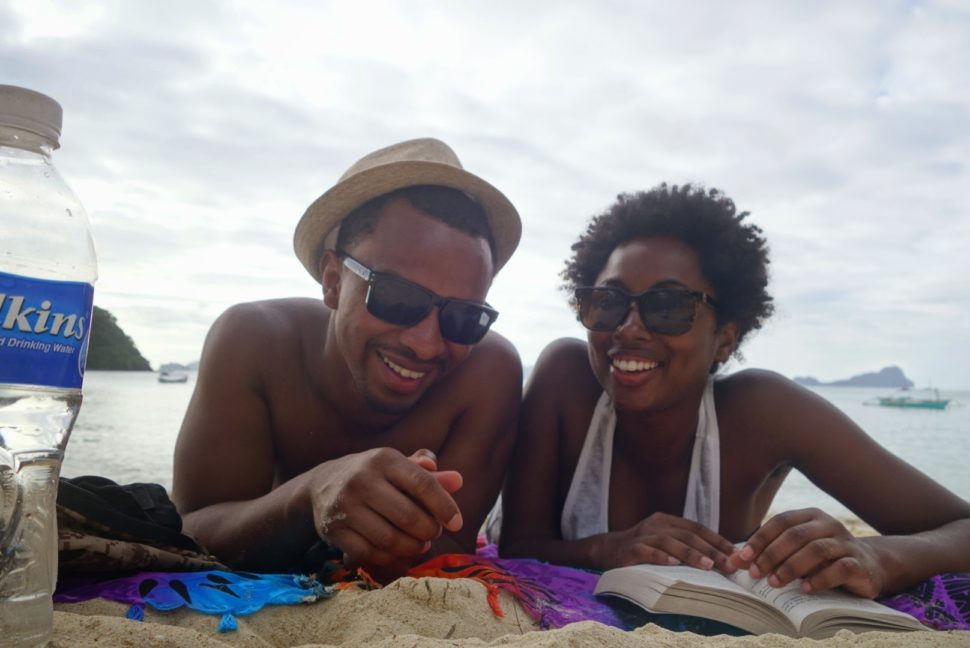 TN: Do you think you will raise children abroad?

Brittany: In the past, we would’ve said yes because you think of the other countries that have the benefits of free or cheap health care, no police brutality, etc. However, after living abroad for several years, we wouldn’t want to raise our children abroad. We know the U.S. has problems like police brutality, racism, etc. However, in our experience living in Europe and Asia, I still believe America is the best place to raise a Black child.

Living in Spain, I have not seen a Black professional or even Black people with jobs outside of cleaning the streets or other manual labor. We want to raise children who will embrace their blackness, and we want to instill the confidence in them to do anything they dream. It’ll be very challenging to accomplish this while living outside of America.