Off The Beaten Path In Canada's Wild Yukon Territory

When you mix adventure and creativity in travel, you never know what you’re going to get. I craved a new frontier, but I knew I didn’t want your typical weekend camping getaway. I wanted the middle of nowhere, off the beaten path kind of destination. Being from the West Coast, Alaska was too predictable and British Columbia seemed to be over-represented. I wanted to get off the grid and be somewhere remote. Canada‘s Yukon Territory turned out to be exactly what I wanted. 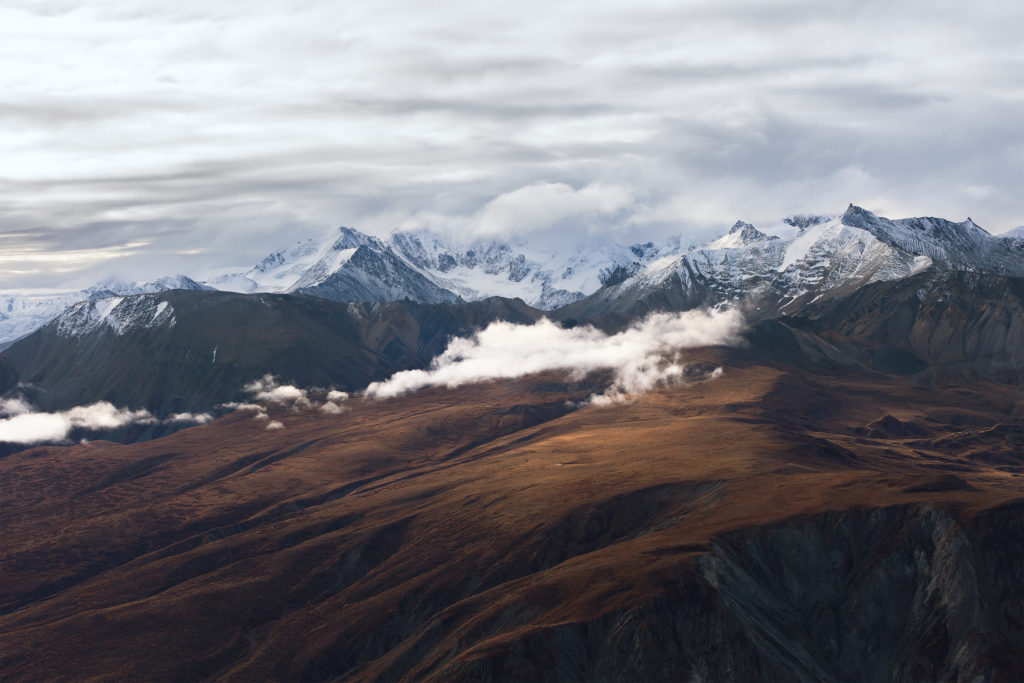 Kluane National Park in the Southwest corner of the Yukon was my destination in early September. The dramatically angled mountains would make a geometry major blush, and the vibrant aurora instantly fueled my creativity. Not only does the region have the largest Grizzly bear population, but I was there during the peak season to encounter them, so there was a built-in sense of adventure. Add the constantly changing weather, which would repeatedly interfere with my plans of taking any kind of shot, and I immediately fulfilled my order for a challenge.

So how does one “do” the Yukon? I’ll guide you along and impart some helpful tips I learned along the way. Let me start with a few disclaimers.

First, The Yukon is remote and everything in the Yukon is spread extremely far apart from each other. It’s incredibly important to know where you’re going and where you’ve been. Plan as much as you can. Gas stations and grocery stores can be close to non-existent, and if you get stranded on the side of the highway, it could be a while until you see another person. Make sure to bring maps and a paper itinerary. I’m a techie and keep everything on my phone, but after my phone dies several times, having a paper itinerary was the only thing that kept me moving forward.

Also, don’t expect this to be a “let’s hop in the car and see where the road takes us,” kind of trip. Know your plan, have a backup plan and you’ll have the time of your life. When in doubt there are a two National Parks Information Centers along the major highways. These are great hubs if you travel in groups. The staff is incredible, there’s wi-fi and there’s usually free coffee.

Second, the Yukon is home to the most concentrated population of bears in North America. Pick up some bear spray in Whitehorse before you head out on a hike or to a campsite. If you’re traveling with a group, keep talking and tie some bells to your packs or walking sticks. If you’re travel solo like I did, come up with a few chants. That helped me keep my mind at ease and the furry friends away. I ran into a local and asked about his take on bear encounters. His perspective: “If you get into a car, you have a chance of getting in a car wreck. If you go out in bear country, you could run into a bear. It’s the people that don’t know what they’re  doing that have the best chance at being attacked. Stay aware, bring your spray, keep making noise and you’re on the right track. If you do run into a bear, stop, back up slowly, keep talking, and have your spray at the ready.” Bears generally don’t like humans, so keep these tips handy and enjoy the Yukon views. Find more information about Parks Canada information here.

To start, fly into Whitehorse. I’m sure it was my ignorance, but I was surprised how advanced the city was. With a Walmart, two Starbucks locations, a direct flight from Frankfurt, Germany and a population of 25,000 people, it’s a bustling little city. I rented a truck camper to get around from as it’s more efficient and cost-effective than renting a car or having to drive out to your destinations then back to your motel for the night. Once you’ve figured out your transportation, stock up at one of the city’s several grocery stores. Plan to grab a little more water, food, and toilet paper than you think you may need. From there, jump on the Alaskan Highway 1 and head west. The route is beautiful, and as the drive goes on, the mountains appeared to grow in size and became increasingly more majestic. 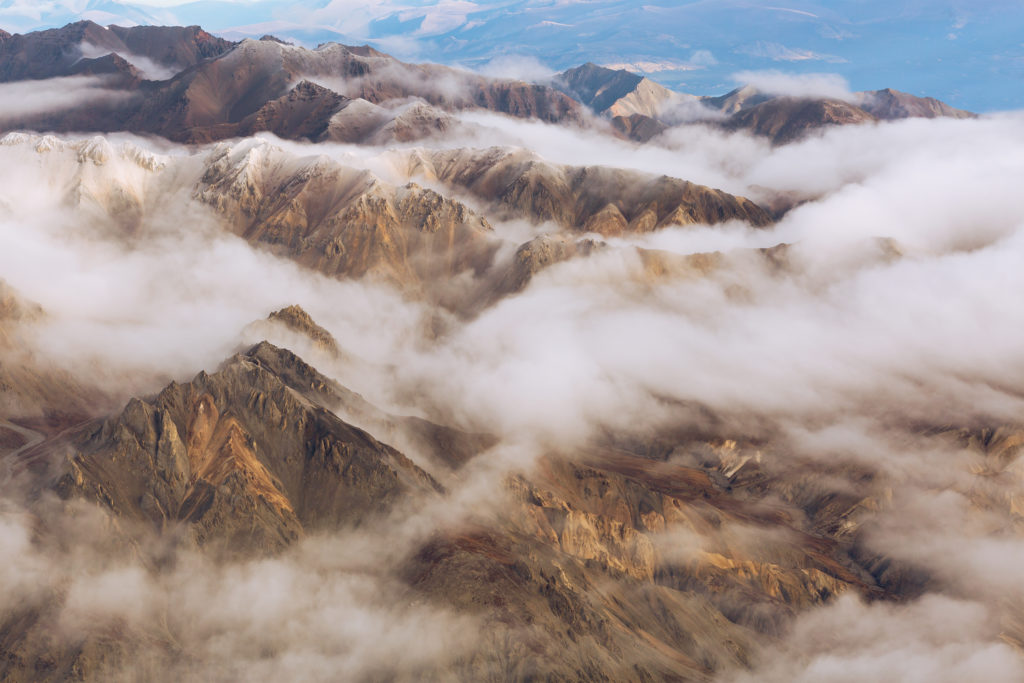 The mountains. Oh the mountains. Having lived in Colorado, Montana, and now Oregon, I feel like I have a good sense of what real mountains are. I’ve even seen the Swiss Alps and a small section of Alaskan mountains, but none of those compare to the peaks in Kluane. They’re topped with freshly dusted snow caps and blanketed with orange and gold bases that made a contrast in nature that was completely new to me.

I made my main base camp at Kathleen Lake Campground. It’s about a two hour drive and it’s worth taking your time to see all of the sights along the way. From there, I explored around the Kathleen River for great fly-fishing, Quill Creek, and Haines Junction. Haines Junction is the closest hub with a small grocery store, gas stations, and a few restaurants. 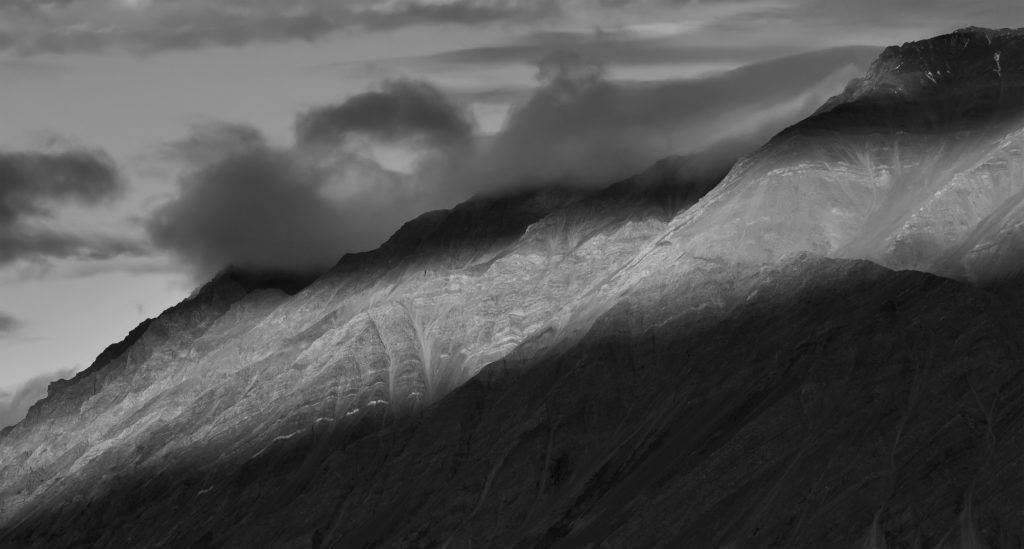 There are countless things to do in the park and hiking is one of the main attractions. I did two hikes in the park. Kings Throne at Kathleen Lake and Sheep Creek near Kluane Lake. Both are moderate hikes, about 6 miles (10km) round-trip, with stellar views that made the inclines completely worth it. The trail heads are easily marked, and Parks Canada even has a handy PDF of the trails online. My biggest tip is to remember you’re in bear country and plan to take a little more time that you expect.

If you have the budget and time, a sightseeing flight through the Kluane mountains and ice fields is truly the best way to get the real experience of the park and the Yukon. Kluane Glacier Air Tours, out of Haines Junction, are very affordable and incredibly friendly. They have several flight paths that can take you all around the park and deep into the ice fields around Mt. Logan (Tallest Mountain in Canada). I opted for a one-hour cruise on the north end of the park and it was unbelievable. Be advised that weather conditions change so quickly and that it can be hard to actually plan a flight around a certain date. They were very accommodating with my desires to shoot the park and kept a few options open since it was the slower time of the year. If you plan for a trip in the summer, it may be more difficult to keep flexible options open. Take a look at some of these views and definitely add it to your itinerary. 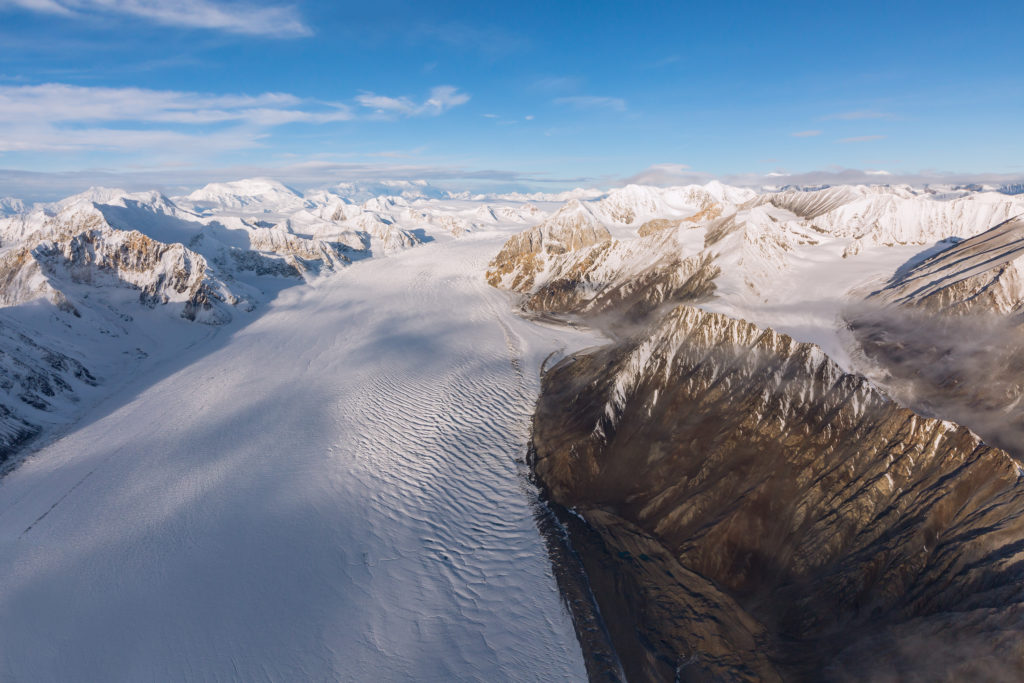 A tiny town situated on a point between Bennett Lake and Tagish Lake, Carcross is surrounded by gorgeous mountains. It’s a fun spot and only a 45 minute drive from Whitehorse. It has a lot of culture, a helpful visitor center, and a little shops to stock up on keepsakes. There’s great fishing in the lakes on the edge of town, hikes all over and the world’s smallest desert. The last hike on my list was Nares Mountain just outside of town. It’s a six mile (10km) steep incline that had me huffing and puffing all the way up and down. If you attempt this hike, I’d definitely suggest bringing poles. They saved me a few times coming down when the ground slipped out from under me. The views are truly one-of-a-kind once you reach the top.

The highlight of Carcross for me was getting the chance to see the northern lights. Every night leading up to my last night in the Yukon was cloudy and really took the wind out of my sails until something wonderful happened. My alarm went off at 3AM, the sky was clear and I noticed a river of green light above me. My heart leaped out of my chest with excitement. I grabbed my camera gear and explored around the town for different shots until the sunrise slowing started burning off its brilliance. I’d suggest getting an Aurora Alert App. It was extremely helpful to plan my options for sleeping in or braving the early hours to check off this bucket list item. I hope my itinerary and tips will help you plan your very own trip to this natural wonder. After three spectacular hikes, an air tour through the mountains, and an experience with the Aurora, I felt at one with the Yukon. On trips like this, there will be moments when it feels like every element is against you, but I learned to leave things up to mother nature and to just be grateful to be in the present moment. It’s up to you to decide to put yourself in the perfect mix of adventure, creativity, and challenge. I hope you take that next step on a hike or wake up extra early once more for the aurora, because at the end of the day, Yukon do it.