What It Means To Be Black In Rio de Janeiro

In between Coelho e Castro and Sacadura Cabral streets in Rio de Janeiro sat one of the biggest slave ports in the world: The Valongo Wharf. Built in 1811, hundreds of thousands of African slaves were taken there to work on sugar and coffee plantations.

There’s a notion that the British were the primary slave traders and that North America and the Caribbean were the main destinations. But data shows that an estimated 4 million slaves landed in Rio de Janeiro out of the 9.5 million people taken from Africa during the Atlantic Slave Trade.  That’s ten times more than the total number of slaves sent to the United States between the 16th and 19th Century, as reported in the Guardian.

After hundreds of years of silence and a long history of denial, the contributions of those from the African diaspora to one of Brazil’s most booming economies were finally acknowledged on international stage during the opening ceremony of the 2016 Summer Olympic Games. Brazil addressed slavery and its impact during an interpretive dance about the country’s history. As reported in Splinter News, the performance displayed African slaves being brought to the country in shackles and working on what appears to be hamster wheels that represented the sugar plantations, just one of many contributions blacks made to make Rio what it is today.

“About two-thirds of all of the captured Africans were trafficked to Brazil and half of them disembarked in Rio de Janeiro,” Sadakne Baroudi, founder of Afro Rio Walking Tour, tells Travel Noire. “There is no Rio de Janeiro without Black Culture.”

It wasn’t until 1870 that Brazilian authorities outlawed the slave trade and slavery itself in 1888.  Freed African slaves were forced to live in favelas, where citizens and tourists can witness firsthand the remnants of the country’s painful history.

Brazil tries to portray itself as a country where citizens of indigenous, African, European, and Asian ancestry co-exist harmoniously, but the impact of slavery still manifests itself in the obstacles Afro-Brazilians face compared to their white counterparts.  You see it in Rio’s favelas, which translates to “low-income neighborhoods,” where Afro-Brazilians disproportionately dwell; in prisons where blacks make up more than 64 percent of the prison’s population; and in the workplace where on average, black Brazilians earn 57 percent less than white Brazilians.

And similar to what’s happening in the United States, another harsh reality for Afro-Brazilians is the fact they are not always safeguarded by the ones who have made it their careers to protect and serve. 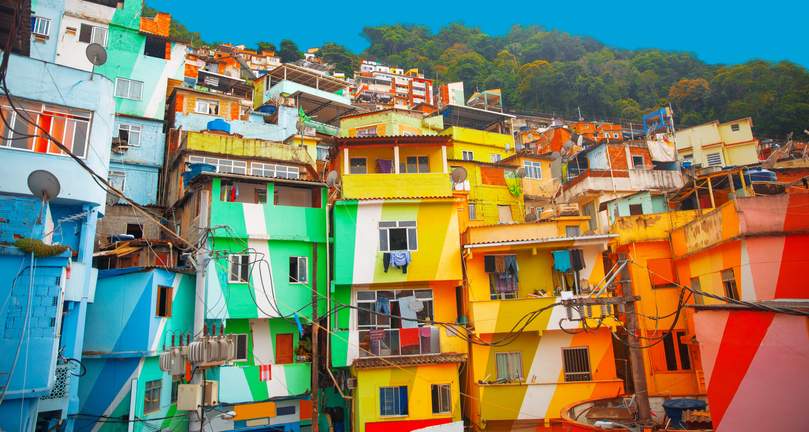 “The murder of the boys, who were sleeping rough near the city’s Candelária Church on July 23, 1993, sparked international outrage,” a statement on Amnesty International’s website reads. “Yet today, Brazilian police and other state agents continue to form ‘extermination’ groups who remain one of the main drivers of violence in Rio.”

“Police violence in Rio de Janeiro has been stimulated by the state’s own policies in the 1990s, which rewarded officers based on the number of ‘criminals’ they killed,” according to Jurema Werneck, executive director of Amnesty International Brazil.

“The repercussions of this inhumane approach are felt to this day. Instead of guiding the police to protect and preserve life, the state has reinforced the notion that the police’s role is to kill,” said Werneck.

Protecting black youth and families in Rio’s favelas, particularly single mothers, were top priorities for Rio City Counselor Marielle Franco. She devoted her life to these issues before she was killed after leaving a gathering of young black activists in 2018. People take part in a rally against the murder of Brazilian councilwoman and activist Marielle Franco. | Getty Images

Two days before her murder, she denounced the police’s role in the killing of Matheus Melo, a black man who was shot after leaving church. Franco’s death grasped international attention and led to tens of thousands of people from all the world to protest and pressure Brazilian authorities to find her killers, as reported in the Guardian.

Law enforcement and their use of force in Brazil against black citizens has often been referred to as symbolic apartheid.

As the city prepared for the Olympic games in 2016, the police were condemned from all over the world for detaining youths – the majority of them black – and preventing them from going to Rio de Janeiro’s tourist beaches. As reported in the Independent, hundreds of the city’s youth were arrested despite not committing any crimes.

What It Means To Be Black In Rio de Janeiro

She continues, “as always, our stories are simultaneous. At the same time that we see an exciting, energized youth picking up the baton, we’re also facing some very frightening anti-Black trends. Several historical cultural spaces have closed or are under threat at the same time that there is a strong push for a huge Afro-Brazilian museum project underway.” 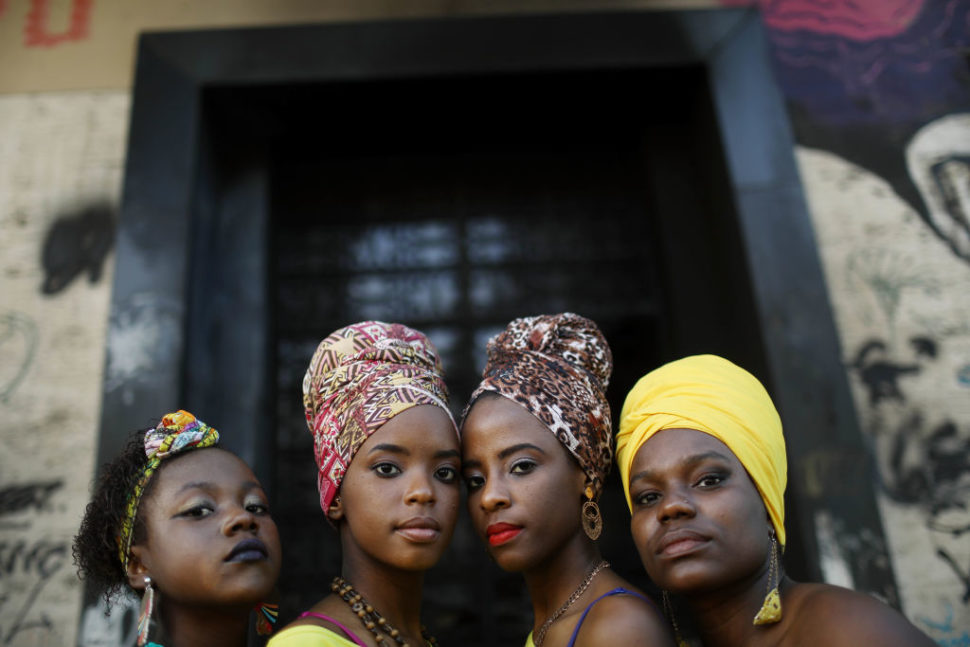