How Martha's Vineyard Has Managed To Draw Black Elite For Decades

When the Obama family descended upon Martha’s Vineyard in the summer of 2009, the world took notice. Martha’s Vineyard has long been known as the vacation destination for the Kennedy’s, the Clinton’s, and the Hollywood elite, but upper-class blacks have also packed their bags and headed for the “Black Hamptons” to get a little rest and relaxation for their summer vacations.

The “Inkwell,” a name given to the island’s beach as an ode to the writers of color making their mark during the Harlem Renaissance, has been a safe haven for the black elite for over 100 years, and the Obama’s newsworthy visit thrust the historic town into the limelight. 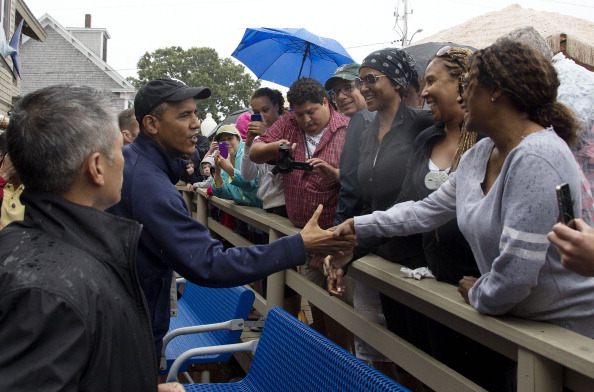 The black experience on Martha’s Vineyard did not always have the elevated historical context we know it today. The Victorian style, gingerbread houses, generational wealth, and history were built from the ground up by people who came to this country as property. In the 1600s, West Africans were trafficked from their home to the Americas as slaves. Then over 200 years later, when slavery was abolished and freed black inhabitants of Massachusetts, they made a move from their inland roots to what is now known as Oak Bluffs.

Blacks were not allowed to stay at the properties on Martha’s Vineyard due to segregation until the 1960s, and certainly not allowed to dip their feet into the oceans or swimming pools nearby.

In 1912, Charles and Henrietta Schear, who were both products of white slave masters, took their entrepreneurial spirit and opened a 12-room inn called Shearer Cottage on the property of their home. Henrietta using her horse and buggy to transport guests. The inn became the first establishment that allowed black vacationers to stay overnight on Martha’s Vineyard and opened the door for black Americans to build a safe space to talk politics, create, and fellowship without the plight of racism or the white gaze. 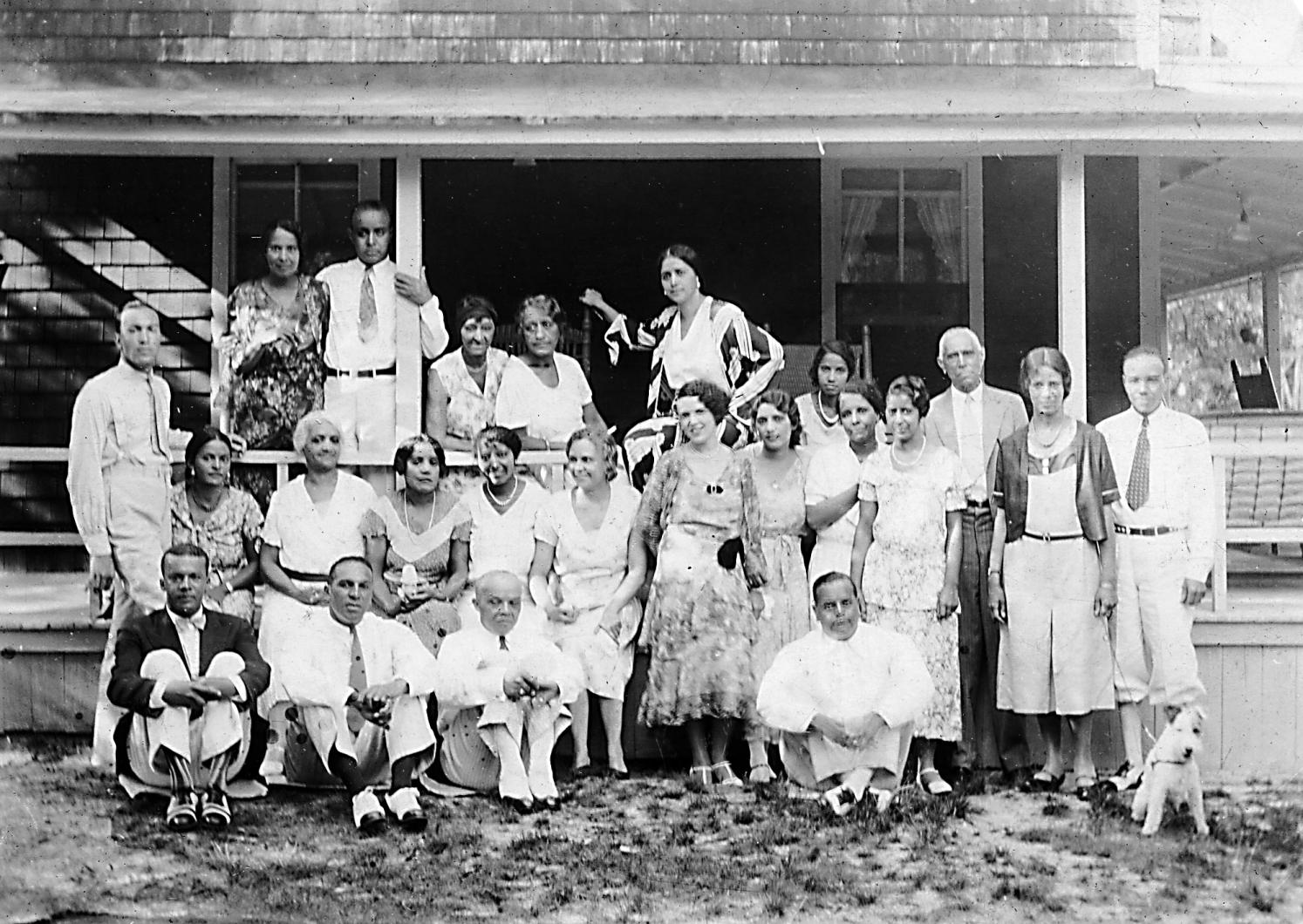 Soon after the inn opened its doors, prominent blacks from New York like Congressman Adam Clayton Powell, Jr. (the first black person to be elected to Congress in New York), and author Dorothy West, a writer of the Harlem Renaissance, became residents of the growing town. By the 1930s, Oak Bluffs was known as one of the country’s most exclusive getaways for the African-American upper-class drawing in doctors, writers, lawyers, and politicians from across the country.

Maya Angela called the area, “a safe place where we can go as we are and not be questioned.”

As we look onward, Oak Bluffs offers not just a glimpse of the past but has become a part of the new wave of black tastemakers. The creatives and political forces that have impacted our lives in the present, like Spike Lee and Valerie Jarrett, former senior White House advisor to Obama, call this coastal town their home.

With events that support filmmakers, like the annual Martha’s Vineyard African American Film Festival that screened films from award-winning directors Spike Lee and Barry Jenkins (Moonlight), we’d imagine this would be a black creators’ wildest dream.

The Oak Bluffs community will now go down in American history with the help of the Smithsonian’s National Museum of African American History & Culture, which opened its doors in 2016. Smithsonian historian Kevin Strait (whose family vacationed in the seaside town for over 60 years) and curator Paul Cardullo decided that the Oak Bluffs community would be essential to their “Power of Place” exhibition. 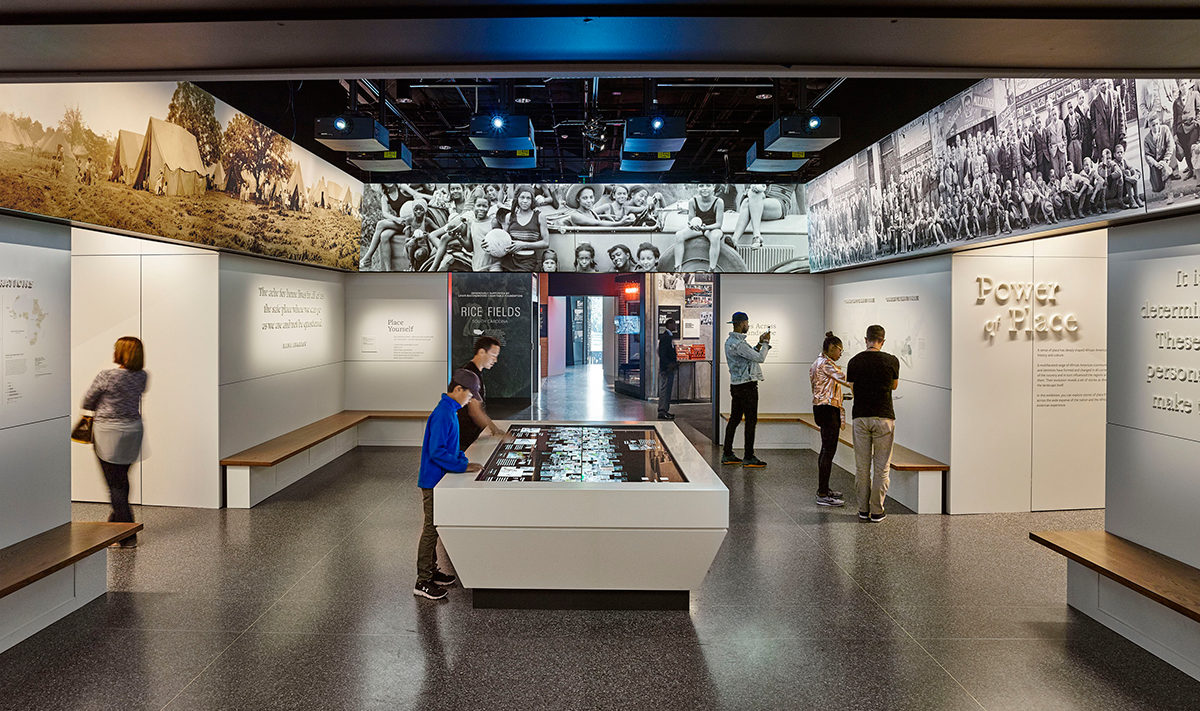 Museumgoers may not all be able to spend time taking in the summer sun on the coast of the esteem Vinyard, but the pieces acquired from the town’s residents will give them a perspective. There are signs, guest books, and wicker chairs from the Shearer Cottage, fishing rods and summer straw hats from Congressmen Powell’s summer home, along with photos past and present.

If you do find yourself wanting to walk the path of the changemakers before you, the African American Heritage Trail of Martha’s Vineyard offers guided tours throughout the summer. The tours are range from 1.5 hours for $35 (covers Oak Bluffs) beginning at 10 am on Tuesdays, Wednesdays, Thursdays, Fridays, Saturdays, and Sundays to 4.5-hour tours for $70 offered on Fridays and Sundays at 1:30 pm from May through Labor Day — taking you through Edgartown, Oak Bluffs, Tisbury, West Tisbury, Aquinnah, Chilmark, and Menemsha Village.