Traveler Rahiem Johnson (@radiorahiem0319) shares how a city as famous as Rome still took him by surprise.

Travel Noire: Why did you decide to go to Rome?

Rahiem: There were so many reasons Rome, Italy came to mind when I was deciding on the top places I wanted to visit. The history, art, culture, food, and of course the beautiful landscape. After seeing the movie Eat, Pray, Love, I became even more intrigued. A city full of fountains, statues, ruins, museums and great food is a place I had to see and experience for myself. 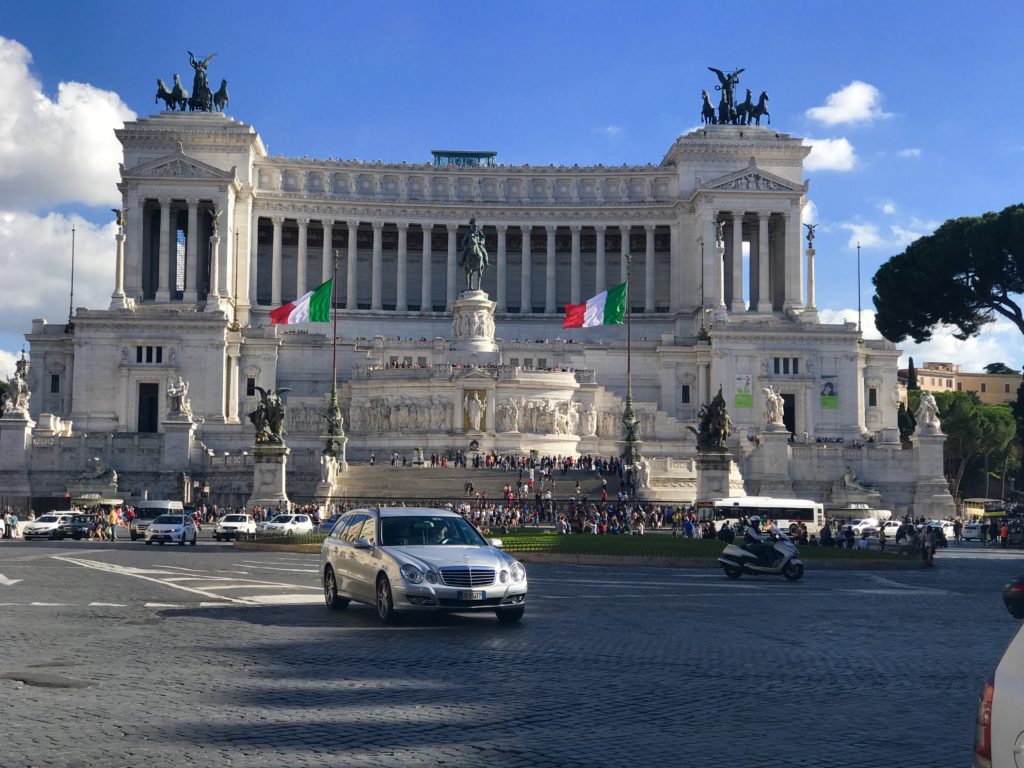 Travel Noire: How much was your plane ticket?

Rahiem: My plane ticket to Rome was actually included in an amazing flight package deal that I put together myself. I left New York City and went to Rome, Amsterdam, Egypt and Greece for the span of two weeks for a total of $809. Yes, ALL those flights totaled up to a measly $809.

Rahiem: I stayed in an Airbnb which turned out to be a great choice in a GREAT location. It was a studio apartment and was a quiet neighborhood, nicely furnished, had a great host, and was in the Vatican part of the city for $75 a night. The apartment had many restaurant and food options nearby. Whether I wanted a go to the small shops or grocery stores or to feel at home with  McDonald’s and Tommi’s Burger Joint, everything was within walking distance and with easy access to a metro line.

Rahiem: One of my favorite places was a restaurant called Numbs Piazza Di Spagna. It was a lovely place near the Spanish Steps at the corner of a lively block. It has really delicious food with a great atmosphere. I stumbled across this restaurant while walking down one of the many back streets in Rome. It was decent looking, the food on the plates of the people eating curbside looked appetizing and there was a man with a great voice singing on the street corner directly across from the restaurant. It was somewhat of a tourist spot because of its location, but I didn’t have a problem with that. I ordered the Ravioli Ricotta e Spinaci and enjoyed every bite. The staff was also very charming and welcoming. The second place I would have to say is Tommi’s Burger Joint. I know you don’t go all the way to Italy to eat burgers when you can get the best Italian dishes the world has to offer, but after a few days, I needed a little break from Italian food. It feels good knowing although you’re so far from home you have a little taste of home nearby. The staff was polite, patient and welcoming and the burgers were AMAZING!!!

Travel Noire: What was the coolest thing you saw?

Rahiem: This is such a difficult question because Rome has so many gems! The city of Rome is a museum in itself. Between the buildings and the street artist, there’s something stunning and beautiful to see everywhere you look. You have the Colosseum, the Spanish Steps and the Trevi Fountain, all which are great landmarks and sights to see, but I would honestly say the coolest thing I saw was the beautiful Sistine Chapel. Words and photos can’t describe how beautiful and awe-inspiring the Sistine Chapel is. You can see it in a book or online, but none of that compares to being able to see it with your own eyes. You truly must see it to believe it. Although the Vatican Museum is very crowded, busy and a bit loud after you walk through what feels like 40 rooms, it’s worth it once you arrive at the Sistine Chapel. Rahiem: What was most surprising, but also delightful is the fact that time wasn’t of the essence while in Rome. In America, everything is so fast-paced and rushed. Everyone is moving so quickly that sometimes you miss moments and don’t appreciate the value of time. We’re so busy timing the waiter and becoming agitated if our food takes too long to come out that we often don’t bask and live in the moment, enjoying conversation, catching up, and truly taking the time to savor the flavor of our food. To be in a place where it felt like no one was keeping track or worrying about time was refreshing.

Travel Noire: Would you go back? Share why you would or wouldn’t.

Rahiem: I would definitely go back. I would even consider living there for a bit if the cost of living wasn’t so expensive. It’s such a breath of fresh air. Although I would return and would even consider living there, I’m sure there are certain things about the city that would eventually make me want to move along. Even though I was excited about being in Rome and finally getting to see and explore a place I’ve wanted to visit for years, I ignored, but still noticed, the not-so-pleasant stares I received as a black man in Rome. I guess it was easy to ignore the unwelcoming and displeasing stares and still find beauty and a love for the city because I’ve become accustomed to doing the same right here in my own country.