Traveling With Purpose Is As Simple As Choosing The Right Businesses

Overlooking the San Diego Bay stands a hotel.  Thirty stories high and home to any number of conferences throughout the year, the Hilton San Diego Bayfront boasts all of the amenities of a standard hotel, but beneath its operations lies a subtle but lofty goal: to do as little harm to the environment as possible.

The 10-year-old hotel is a shining example of what success looks like under Hilton’s recently announced Travel With Purpose initiative, which promises to cut the brand’s carbon footprint in half by 2030. I was able to tour the Bayfront facility and take a look at the mechanisms it has in place to ensure sustainability. The thoughtful execution of its mission through the tiny details of the hotel’s operations is impressive.  There’s a comprehensive waste managements system, technologically advanced energy monitoring, and an in-house furniture repair to ensure faulty furniture is fixed instead of irresponsibly disposed of.

RELATED: 4 Ways To Give Back While You Travel

The most notable aspect of the Bayfront’s sustainability strategy is definitely the hotel’s approach to water efficiency. The hotel implements a towel and sheet re-use program, which prevents guests from getting their linens over-washed and using too much water. The laundry department also has an impressive water reclamation system, which filters and reuses 70 percent of the water used to wash linens. This portion of the water efficiency process has saved over 36 million gallons of water. 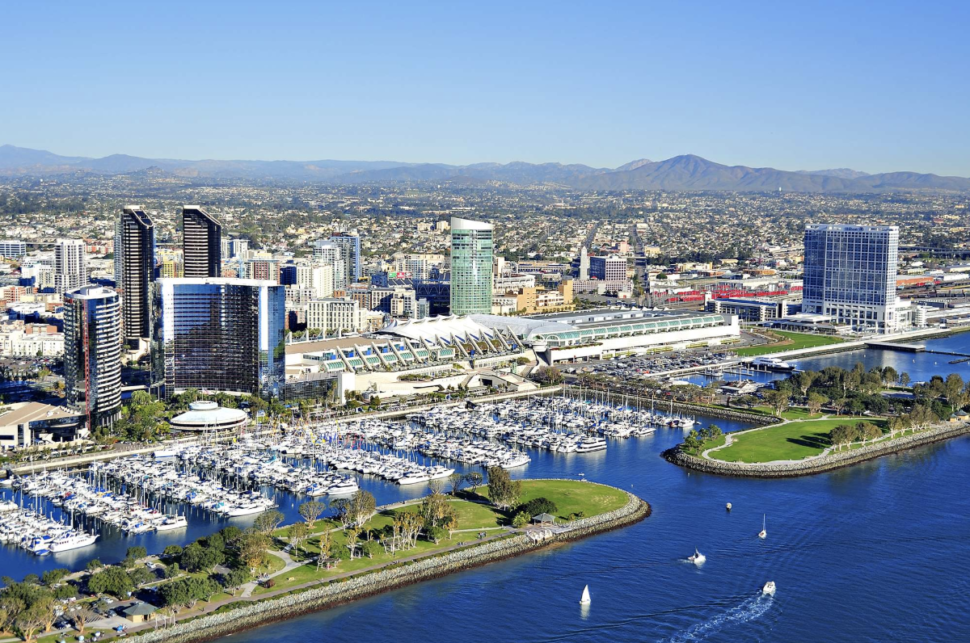 Hilton’s commitment to sustainability is especially commendable given the most recent climate data. Global warming poses a significant threat to our daily lives as well as the economic health of the tourism industry. The latest edition of the National Climate Assessment found that if we continue on the path we’re on, citizens who live in the coastal regions of the U.S. will have to move inland, causing a mass migration that America’s middle states will not be prepared for.

“Sea level rise might reshape the U.S. population distribution,” the scientists wrote. “The potential need for millions of people and billions of dollars of coastal infrastructure to be relocated in the future creates challenging legal, financial, and equity issues that have not yet been addressed.”

What most people don’t realize about their travel is that the mere presence of tourists in a destination has an impact on the local environment, culture, and economy. Whether that impact is positive or negative is up to you, and it largely depends on the businesses you choose to visit and the activities you plan.

Stay at sustainable hotels. Eat at restaurants that choose locally-sourced foods. Make a volunteer activity part of your itinerary. Ride a bike instead of traveling by car. Every little bit counts.

Special thanks to Hilton San Diego Bayfront for an amazing stay.