5 Of The World's Most Beautiful Blue Cities To Visit

Various shades of blue have different meanings, from freedom and depth to sincerity and royalty. It’s considered a calming and relaxing color. For many travelers, it reminds us of the beautiful sea and sky we so adore. And it’s the color of some of our top bucket-list locations. However, there are several amazing azure-hued cities around the world, some you may not have heard of. These are the must-see blue cities on our list. One of the most well-known blue cities in the world, charming and picturesque Chefchaouen is located in the Rif Mountains in northwestern Morocco. There are various theories attempting to explain the North African city’s color.

Some say its hue is in homage to the sea or other local bodies of water. Others believe it originated from Jewish refugees, who painted the town blue to remind them of God and the sky.

Many believe the blue simply functions to keep mosquitos away. Whatever the meaning, Chefchaouen is a blue-tiful must-see when visiting Morocco. 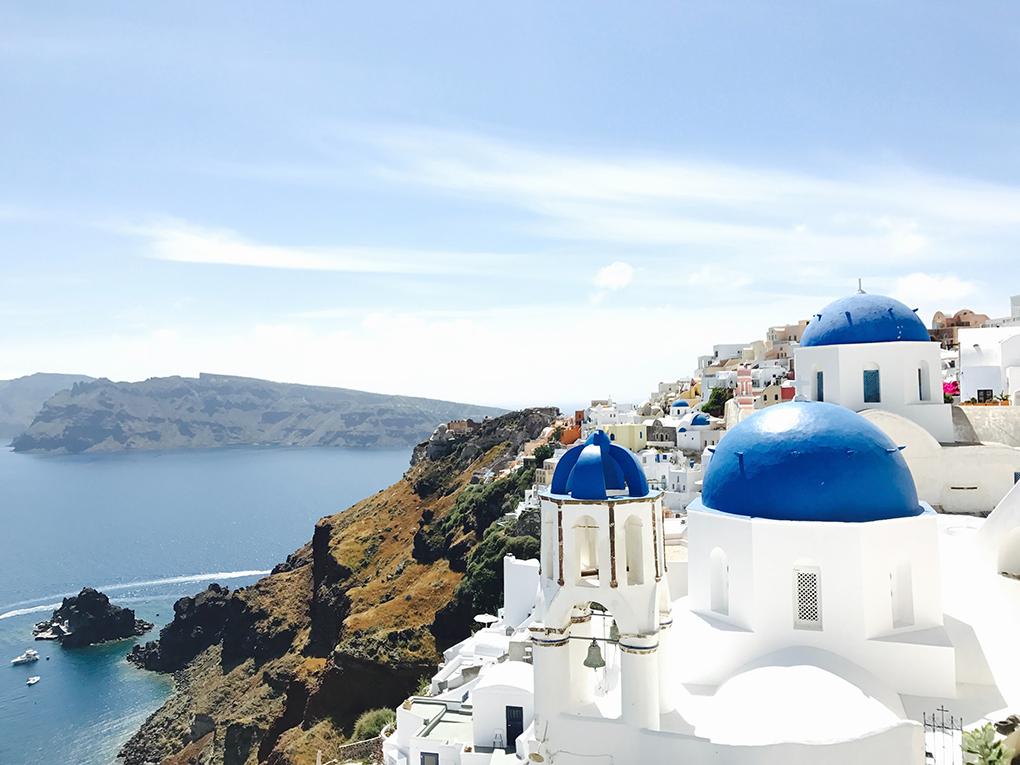 The blue domed churches of Santorini are the primary icons of the beautiful Greek island. Instantly recognizable, they stand out among the stark white buildings, complimenting the crisp blue Aegean Sea.

From 1967 to 1974, the Greek government sought to establish a sense of displayed uniformity across the country’s landscapes. It called for the re-painting of all buildings in blue and white to reflect the colors of the Greek flag. This new look became the trademark of Greece and increased its popularity manifold as a tourist destination. Jodhpur is the second-largest city in India’s state of Rajasthan. The old part of the city, located behind Mehrangarh Fort, is called Navchokiya, and this is where you’ll find a world of blue beauty.

Like Chefchaouen, there are various theories about how the area got its color. One legend suggests the blue is associated with Hindu deity Lord Shiva, who drank poison to save the planet. The poison turned him blue, and thus, blue is considered a sacred color in Hinduism.

Another explanation is that the blue was used to designate the area as a Brahmin community (the priestly caste of India) in order for the dwellers to differentiate themselves from the lower-caste communities. Júzcar AKA La Aldea Azul (the Blue Village) is located in Andalusia in southern Spain. Originally painted white, Júzcar was turned blue in the  spring of 2011 by Sony España to celebrate the premiere of the Smurfs movie. About 1,100 gallons of blue paint were used to transform the town.

Although the intention was to return the village to its original white, villagers voted to keep the town blue after seeing the great effect the new color had on its tourism. In the six months after the color change, 95,000 tourists had visited Júzcar as opposed to its previous 9,000 annually. Less than an hour’s drive from the Tunisian capital of Tunis, is a picture-perfect town overlooking the Mediterranean Sea called Sidi Bou Said. Named for Sufi scholar Abu Said al-Baji, the town is known for its cobbled streets, orange trees, and blue and white buildings.

Sidi Bou Said was once home to 18th century Turkish beys that ruled the region at the time. In the early 20th century, it attracted many wealthy Tunisian and French families. Today, you will find its narrow streets lined with quaint cafés and local art shops.