The Black Expat: 'I Left Brooklyn For Nigeria And Haven't Looked Back'

Meet Kristen, 35, from Brooklyn. Before moving to Nigeria she worked as an Elementary Special Education Teacher in D.C. public schools and then at a small private school in Brooklyn. She now works as the Learning Support Coordinator at an American International School that is supported by the U.S. Dept of State in Abuja, Nigeria.

We had the chance to speak with her about her experience as a Black Expat.

Travel Noire: Why did you decide to move abroad?

Kristen: Well, I’d been an Educator in the states for quite a while, but I started to see a bunch of other teachers of color on social media talking about their careers in “International Schools abroad.”

They all seemed super happy, professionally fulfilled and challenged, and they were always traveling somewhere! I wanted some of that! I did some research and once I found out I met the requirements to teach in International Schools outside the U.S., it was a wrap! 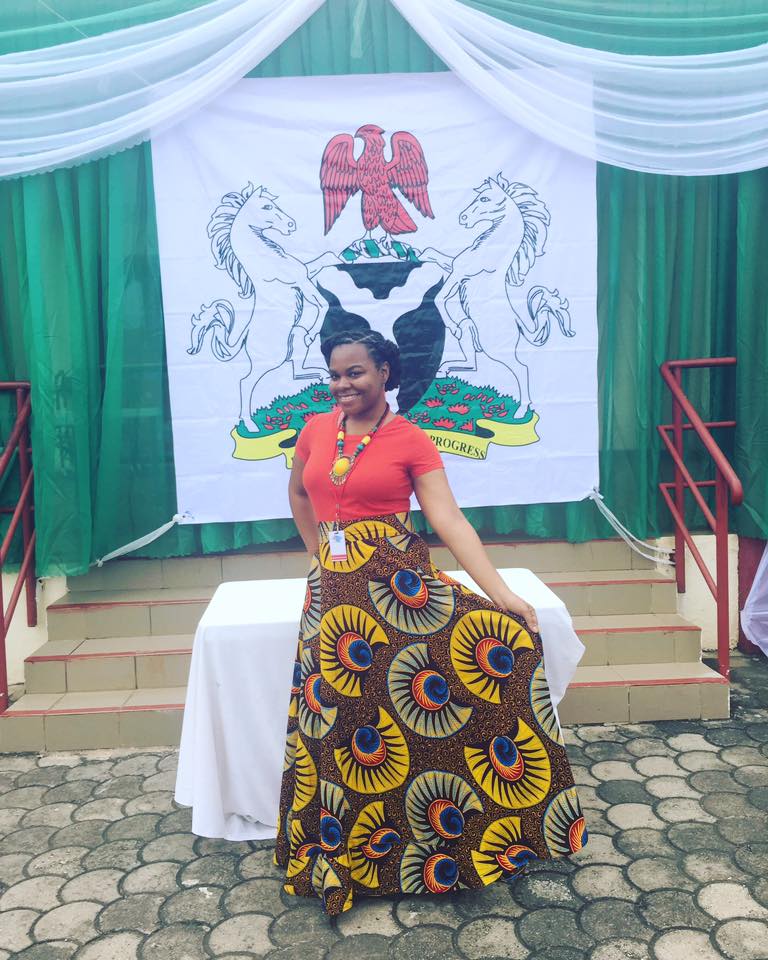 TN: How did you end up in Nigeria?

Kristen: Crazy story! One night, I was looking up various International Schools on the continent. I stumbled across my current school and liked what I read, so I immediately got my resume together and quickly sent it off directly to Head of School. To my surprise, he emailed me right back and scheduled a Skype interview. Few days later, we spoke and had a great interview, but I ultimately ended up not moving forward with an offer from him(in all honestly, I was hesitant about moving to Nigeria). I regretted my decision and even reached out to him a few weeks later to see if the position was still available, but it wasn’t.

However, a few months later, someone, who eventually became a great friend (who also accepted an offer from the same school) posted in a FB group that a last minute Elementary position opened up at the school! I reached out to the Head of School right away and because we’d already interviewed and he spoke to my references months prior, he offered me the position on the spot and sent me a contract the next day, with the condition that I had to be in Nigeria in a month’s time. That was the end of June 2016. I got here Aug. 4

RELATED: The Black Expat: ‘I Quit My Job And Moved To Thailand.’

TN: What does being an expat mean to you?

Kristen: Honestly, being an expat to me means freedom. In so many ways. Freedom to do the work I love, freedom to grow professionally in ways that are important to me, freedom to experience other cultures in a real way, freedom to travel and explore the world, freedom FROM being overworked, underpaid and perpetually stressed out. Freedom from high rent in Brooklyn. TN: What challenges do you face as an Expat?

Kristen: Obviously there are cultural differences that I’ve had to adjust to, which can be both lovely and challenging. It’s definitely a challenge to be so far away from family and friends, but technology makes that easier to handle. I also really miss the social life I had back home and it’s been a real challenge to find/create regular activities that I find enriching. It’s also been super challenging to find an alternative spiritual community.

TN: What are the positives?

Kristen: As a Black American, I absolutely consider it a positive to live/work/exist in Nigeria and experience the culture firsthand. It’s been quite an experience and I enjoy seeing the similarities and differences in West African/Black American cultures. I also enjoy being able to work with amazing children and families from all over the world (my school has a student body that is representative of 40+ countries).  I’m also able to travel often and save a lot of my income. Ain’t no need in acting like those aren’t real positives and huge motivators to continue my career as an expat educator because they are! Anyone who tells you any different is lying.

RELATED: Moving Abroad: How To Start The Journey TN: What advice can you give to our readers looking to do the same?

Kristen: If you’re a state certified K-12 Educator and you have experience in a K-12 classroom, I’d very highly suggest signing up for either Search Associates or International School Services(ISS). Both sites have relationships with top International Schools that have outstanding students, families, and academic programs…and offer solid expat packages. I’d also say be open to a variety of locations. It’s super unlikely that you’ll end up at the International School in Paris, Berlin, Rome, Cape Town or any of the other “hot spot” locations people tend to want(especially as a first post).

I never thought I’d be in Nigeria(and was hesitant to move here as I mentioned before), but I was open to it and it’s been a mostly good experience.  I’d also recommend utilizing social media and joining FB groups for certified teachers abroad.  Lots of times, jobs are posted in those groups and its a great way to network with others who have already established their careers abroad.

TN: Where can people reach you if they have questions?