These Traveler Stories Had Everyone Talking In 2018

With 2018 wrapping up, let’s take a look back on some of the Travel Noire stories and interviews that had us all talking throughout the year.

The Black Expat: ‘I Moved To Vietnam With No Job Lined Up’

Our original Black expat series kicked off in August and quickly became a hit. Craig was one of our first featured Black expats who shared his journey of being unhappy with his life and career in the United States. He decided to sell his things and bought a one-way flight to Asia. With no job or real plan lined up, Craig found his happiness in Vietnam. He now lives in Kuala Lumpur, Malaysia and is still enjoying life abroad. His story moved a lot of people to consider the expat life as well. I’m sure we will see a lot more in the coming year.

Meet The Parents Who Decided To ‘World School’ Their Daughters

The Wilson family hipped us to a new way of educating our children. This family packed up their normal American life and set out to travel the world with their daughters in tow. This new way of traveling is a trend that is spreading fast not just among Black families, but families in general. The idea is that the world will educate and shape the minds of children rather than relying on the standard textbook education.

Charlotte, aka our favorite traveling auntie, showed us that traveling the world solo can be done at any age. After losing her husband, she made it her goal to continue to see the world despite being a widow. Charlotte is seeing the world on her terms and loving every minute of it. She is the epitome of travel goals.

Meet The Andersons: The Family Is Traveling The World To Track Their Lineage

With lineage tools like AncestryDNA on the market, more and more travelers want to see exactly where they came from. The Anderson family set out to travel the world according to their Ancestry results. The family of five decided to ‘slow travel’ the world to be able to immerse themselves in each country’s culture.

Photographer Erin Douglas gave us an inside look into the Burning Man Festival. The annual festival is slowly gaining traction among Black travelers. This past year, Erin was able to gather an entire group of black attendees for a pretty dope photo. After Travel Noire shared the story, many of our readers shared that they hope to attend the event in the near future.

Inside Afrochella, Ghana’s Answer To Coachella

This event is very similar to the American festival, Coachella. The major difference is that it was created by Black people and heavily targets black travelers. The 2018 event was held on December 29th, so you have plenty of time to make your plans for the 2019 installment of the event. Not only will you help support tourism in Ghana, but you will be able to have an experience like no other right in the heart of the Motherland. 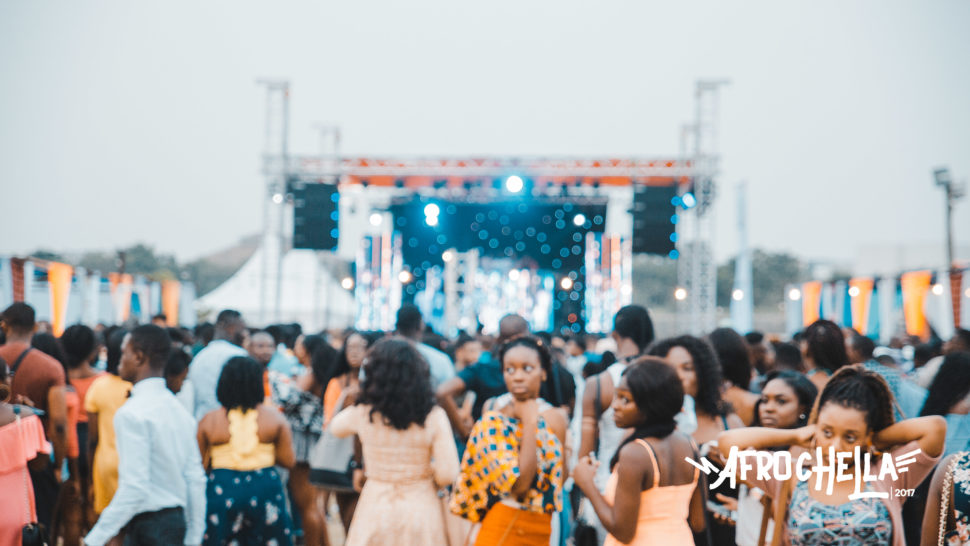 Traveler Story: ‘I Took A Solo Trip On Islands Marketed To Lovers’

What was supposed to be a super cute baecation, turned into a last minute solo trip for this traveler. Wanjiru Gathura was left scrambling to take a trip to the French Polynesia all by herself after her boyfriend ditched her last minute. She still made it work despite being asked a thousand times over if she was alone. Her story taught us that no one should ever stop your shine and to live life with or without others!