SÜPRMARKT Aims To Cut Down On Food Deserts In Black Communities It all began when Olympia realized that commuting almost 2 hours just to find affordable, healthier food options wasn’t cutting it. She wanted to be able to easily access organic foods not only for herself but for her friends, family, and community.

SÜPRMARKT was born after she and two friends got together for weekly vegan dinners. Over time, she began inviting more and more friends until it became an event that people started anticipating. When a friend’s mom opened her home and donated $300, $100 went towards produce for a soft launch of  SÜPRMARKT among friends and $200 covered the costs of the meal. 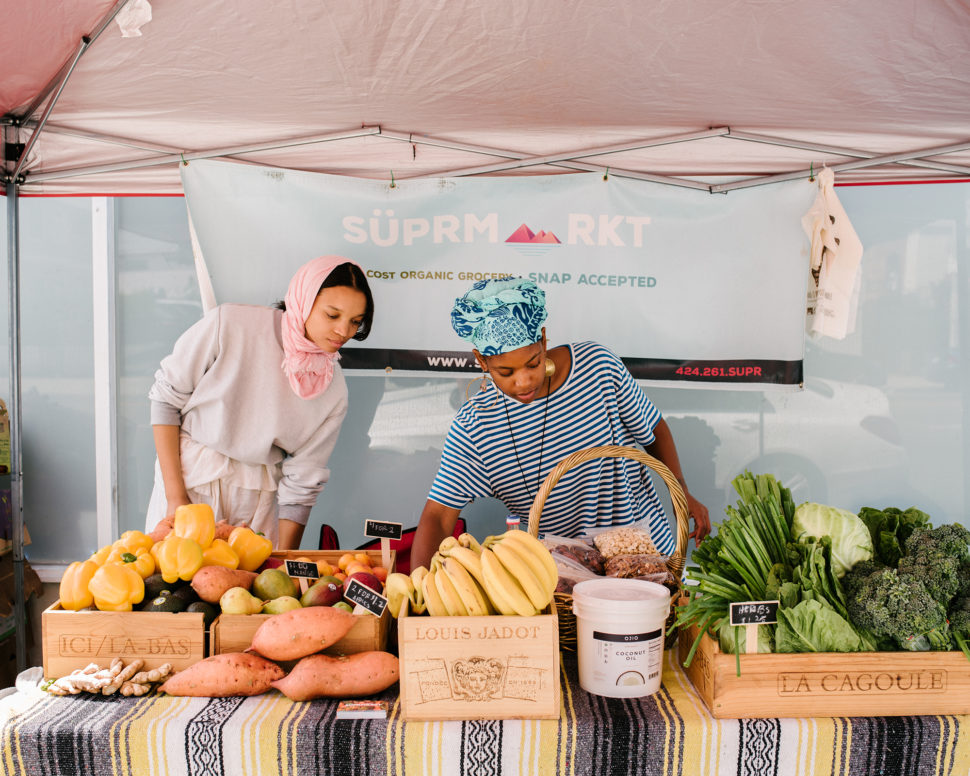 “I put a flyer together and the next month, we held our first market open to the public,” Olympia tells Travel Noire. “The flyer was shared by two popular vegan pages on Instagram. Later, we received our first grants, one was $1,000 the next $2,500 and these really helped cover basic needs like getting a fridge.”

““Food deserts affect over 25 million people, many of them in the African American community. I wanted to break down the myth that our people don’t want to eat healthily,” she says. “It’s not that we don’t want to eat healthy, it’s that we can’t always access affordable healthy options in our communities. I wanted those in low-income communities to have the option for eat well.” SÜPRMARKT is a low-cost organic grocery service that hosts weekly pop-ups as well as a delivery service. You can find the pop-ups in and around Los Angeles, with most events in south LA and can order dry goods for shipping nationwide.

“As of now, we provide organic vegetables, fruits, dates, nuts, and coconut oil. We even accept EBT payments to ensure that everyone can purchase fresh produce. With our delivery subscription service, customers can pay $100 per month and guarantee fresh organics in their fridge each week,” Olympia says. SÜPRMARKT partners with a farm about 2 hours outside of LA to get its produce. For items that are not locally grown, they purchase them wholesale from organic vendors.

Olympia has hopes to get a storefront in Los Angeles soon and then expand into other cities. You can find the weekly pop-up locations on their Instagram: @supr.mrkt.