There’s never a bad time to visit a country as beautiful and rich as Italy, and with these flight deals we found to Rome from many cities throughout the United States, an Italian getaway could be just what you need this coming fall and winter.

Head to Google Flights now to begin your search for deals to the European destination, where travelers leaving from New York City can find flights starting at $426 for travel in November and for as little as $383 on Norwegian for travel between December 2018 and March 2019. 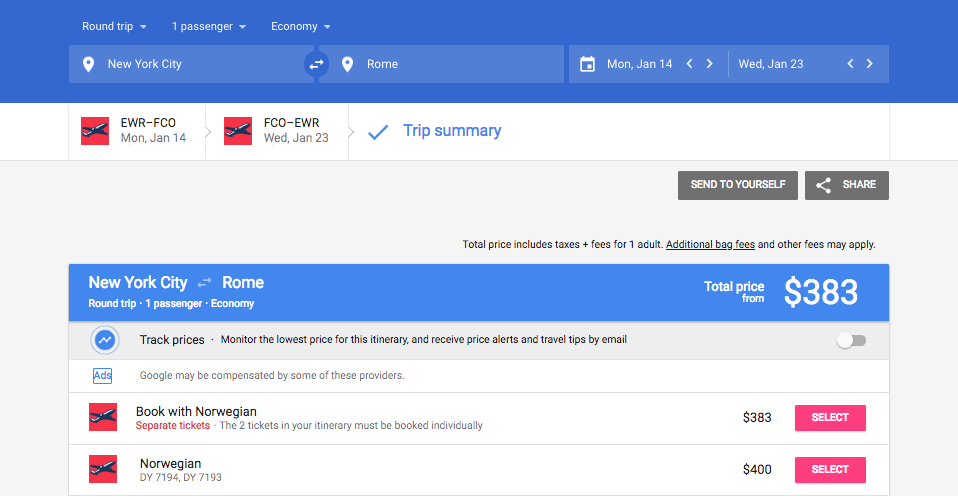 If you want to spend your fall and winter break exploring the flavors, sights and beauty of Rome, start by heading to Google Flights or use our sample flight itinerary here. Keep in mind that low fares are often basic economy and may have flight restrictions, so make sure the sale airfare works for your travel needs before you book.