11 Must-Visit Festivals Around The World

Warmer weather means that festival season is quickly upon us. While there are dozens of festivals right here in the United States, there are also several around the world that deserve recognition.

Check out this list that we’ve curated of must-visit festivals around the globe.

The Broccoli City festival is one of the first music festivals to kick off the spring season. This year’s fest will be held April 26 and 27 at FedEx Field in Maryland. Most people equate this event with the music component only; however, festival creators want it to be known that much more is in store. This year guests can look forward to BroccoliCon, which will host panels with some heavy hitters in various industries. The music component will feature Childish Gambino, Lil Wayne, Ella Mae, and a host of other names in today’s music industry. 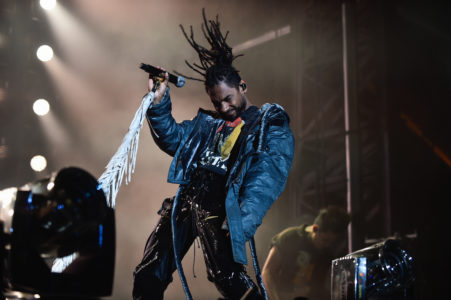 Photo courtesy of BC Fest

Something In The Water Fest

This event is a newcomer to the festival scene. Pharrell Williams recently created this festival that’ll take place on his home turf, in Virginia Beach. The three-day fest will feature dozens of music acts including Diddy, Usher, the Migos, and even Gwen Stefani. The Something in the Water fest will take place on April 26-28. Tickets are already on sale.

This is the mecca of Black and Afro-themed festivals around the world. Afropunk is hosted in several cities worldwide each year. You can catch this must-visit festival in Brooklyn, Atlanta, London, Paris, and even Johannesburg. The Brooklyn event will be held August 24-25, London’s event will be July 20-21, Paris is July 12-14, Atlanta on October 12-13, and Johannesburg on December 30-31. Head to the site to learn more about what you can expect at each location this year. Afro Nation is a 4-day festival that takes places in Algarve, Portugal. This event features live performances from the best of the best in Afrobeats, Dancehall, Hip Hop, and more. In addition to the music component, there are also pool and boat parties. This festival will be held August 1-4.

This festival is Sydney, Australia’s take on AfroPunk and similar Afro-inspired events. The one-day festival is free to enter and runs off community donations. The 2019 installment just passed on March 9. Attendees were treated to dozens of food vendors cooking up dishes from all over the motherland, a main stage that features artists and groups showcasing their talents, as well as impromptu dance circles where guests displayed their best moves to the latest Afrobeats. 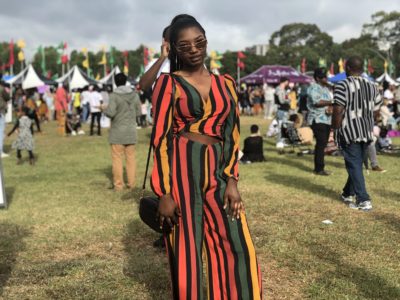 The name says it all for this African festival. Last year over 4,000 people from around the world gathered at the festival in Accra, Ghana to celebrate diversity among African cultures. You’re in luck because this year’s installment takes place December 26 through January 4, 2020. You have plenty of time to get your flight, crew, and outfits together for this must-visit festival in the heart of the motherland.

If you need plans for Memorial Day, you may want to check out this festival. Set on the gorgeous island of Aruba, this fest has been hailed as one of the ‘top 5 Caribbean Celebrations’ by USA Today. The 19th edition takes place from May 22-28 this year. The 2019 headliners include John Legend, Ella Mae, H.E.R., and Uncle Charlie Wilson. 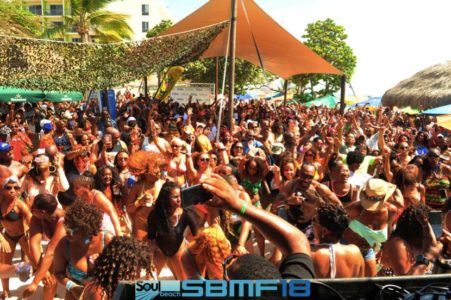 While this isn’t a festival in the traditional sense, it can be classified as one. The Days of Summer cruise is hosted by DJ Khaled. It will take place on a cruise ship that will set sail June 28-July 1. This year’s headliners include Cardi B, Post Malone, with more to be announced. The boat will dock in Nassau, Bahamas and will leave from Miami.

If you love the smooth sounds of jazz while sipping your favorite wine, this festival is for you. The Cape Town International Jazz Fest features some of the world’s best jazz artists. The 2019 installment is coming fast. It will take place on March 29-30. If you don’t have time to make it this year, don’t worry as this festival has been around for over 20 years, so it’s sure to be back. This film fest is said to be the ‘nation’s largest gathering of black film and television enthusiasts.’ Started in 1997, the festival is dedicated to premiering early work of up and coming artists as well as showcasing the accomplishments of the best in the industry today. The 5-day festival is held in Miami and will take place June 12-16 this year.

Looking to wind ya body on Jamaican soil, then listen up. The lineup for this festival is already gearing up to be insane. You can catch this event going down from July 14-20 in Montego Bay. In addition to your favorite reggae artists taking the stage, you can also attend several parties throughout the week.