Meet Monique White, a native of Los Angeles. Monique has lived in The Netherlands for almost 20 years. She has two daughters, 17 and 14, that live with her. To date, Monique has run over 40 full and half marathons in 34 countries across six continents.

We talked with her about life abroad and her passion for running. 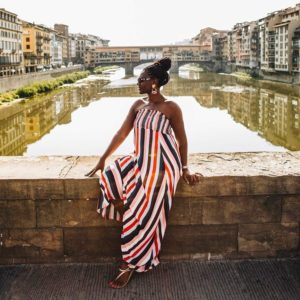 Travel Noire: What inspired you to see the world and ultimately live abroad?

Monique: What, or rather who, inspired me to start seeing the world? Prince Charles. Seriously. Prince Charles totally gets the credit for inspiring me to travel.  As a little girl watching the wedding of Prince Charles and Diana in the wee hours of the morning from my home in California didn’t cause me to dream of a fairytale wedding to a prince, but of one day seeing St. Paul’s Cathedral, Westminster Abbey and Buckingham Palace for myself. It would take more than 15 years, but I eventually made it to London.  I’ve been to London several more times since that initial visit, including with my family to watch the wedding of Charles and Diana’s son, Prince William and Kate Middleton, probably one of my the most memorable visits to the city.

I began living abroad when my ex-husband took a job opportunity in The Netherlands. 20 years later, my life with him is over, but my life abroad is still going strong. 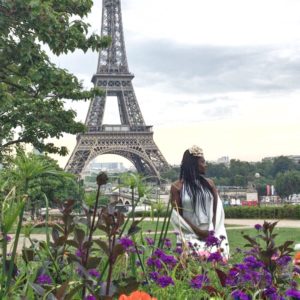 Travel Noire: How did you get into running marathons and races internationally? How many have you done to date?

Monique: Running races internationally started as a much smaller goal than actually running the world. Initially, I was just interested in exploring The Netherlands beyond The Hague, where I live, and Amsterdam, which is an obvious and easy destination. Running races seemed like a fun, functional way to do that.

It’s been nearly a decade since I set the goal to run and see more of The Netherlands (which, I still need to do) and the world. I am blessed to say that simple goal has transformed into something bigger than anything I could have imagined, and I’ve run more than 40 full and half marathons in 34 countries on 6 continents. 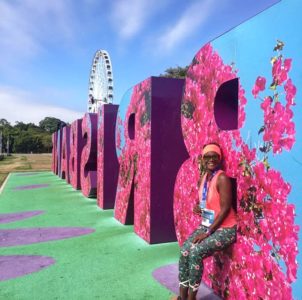 Travel Noire: Where was your favorite country to visit?

Monique: I would have to say France is my favorite country to visit since two of my favorite cities – Paris and Nice – are there, but I have been really loving Spain and Portugal lately and think France could be in danger of losing its spot.

Related: This Traveling Black Widow Shares Her Advice For Traveling The World Solo

Travel Noire: Where was your favorite place to race in?

Monique: Barcelona because that is where, in essence, running began for me.  It was while watching the sprinters at the 1992 Olympics, and coveting their beautiful bodies that I decided to start seriously running. And while those slow trots around my neighborhood didn’t result in an awesome Olympic bod, it did result in something more substantial – a passionate affair with running that eventually birthed a lovechild called travel running. 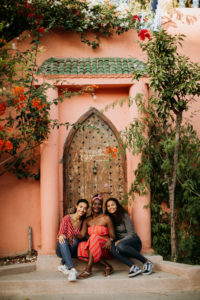 Travel Noire:  How old were your daughters when you began traveling with them internationally? How often do they travel with you?

Monique: Both daughters were only a couple of months old when I began traveling with them internationally. Granted, it was to the US to visit grandparents and extended family, but it was a start. I started with international road trips very early, as well, taking full advantage of other countries being as close as a 2-hour drive away. They travel with me 3–4 times a year. 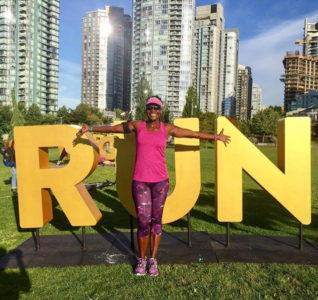 Travel Noire:  How important is it to expose your daughters to other cultures? Why?

Monique: Having grown up in a different country, my daughters are considered 3rd culture kids. They are also biracial, so they are exposed to a couple of different cultures in their home life, attend an international school with friends literally from all over the world, and have traveled extensively their entire lives.

All that to say that it is very important that my daughters are exposed to other cultures. By doing so, it has hopefully helped them understand that the world is a big place full of diverse people and customs, and also fostered an appreciation and compassion as well as a desire to continue to explore the world on their own.

Travel Noire: Where can our readers find you on social media?