Make Your Marriage Proposal Epic At One Of These Gorgeous Spots

A marriage proposal is one of those milestone moments that you will never forget and will recount for years to come. So it’s important to get it right. Talk about pressure. That’s why Travel Noire enlisted the expert advice of Melanie Fernando from 4 Thirteen Events.

Fernando specializes in planning intimate events and admittedly loves “the feeling that you get with the surprise and then the reaction from the fiancé.” Fernando’s services include planning an entire proposal from scratch or simply helping to execute an idea.

“Some men already have a vision in their heads of what they want,” she told Travel Noire. “And then some are totally lost. They’ll say, ‘I think we can go with what you’re saying. That sounds much better.’ I think sometimes they’re not as detail-oriented as women are. So they look at one thing as an amazing proposal. And then when we actually talk it through and I start asking them questions, they’re like, ‘well, maybe I didn’t have it as together as I thought I did.'”

To help navigate this very tricky terrain, Fernando suggests focusing on the most important aspect of the whole event. Your fiancé.

“For proposals, I think the most important thing, of course, is keeping in mind your fiance and her personality, and whether she wants it to be grand and in front of a lot of people or if she wants it more private. I think all of these locations offer the opportunity to have something more secluded or have it in front of many people depending on what time you go to the location.”

To help get the ball rolling, Fernando curated a list for Travel Noire of the most epic proposal spots in the world that will no doubt make this one of the most memorable moments of your life as a couple. This list is by no means exhaustive.

Honorable mention goes to other very worth locations like the White Sands National Monument in New Mexico; the lavender flower fields of Provence, France; Table Mountain, Cape Town; and the California coast including Malibu and the Sunset Cliffs of San Diego.

Without further ado, here are the stunning locations that made Fernando’s list. At the top of the list, it’s kind of cliché, but Santorini, Greece. I just love it there. Greece is also picturesque and very romantic. This is one of those places that no matter where you’re at, you can propose. But of course, everyone wants to be by the domes. They could even do a photo shoot with the flying dresses in Santorini. That is the name of that site where they have the big flowy dresses that are really dramatic. I love St. Lucia. I actually really loved the island and just how it felt. The beaches are astounding, like at Anse Chastanet. I love the view of the Pitons, and it was just very peaceful to me. At Jade Mountain, we were sitting on this balcony and hearing the birds chirping. And then even with the vibe of Jade Mountain, they have the three wall concept, and you’re just at one with nature. I mean, it’s the island of romance, so that has to be on the list. You kind of feel like you’re in a fairytale. That’s how people want to feel in that moment. I think it’s really relaxing also and gets you in that romantic vibe and hopefully calms the nerves of whoever’s proposing. It’s a little off the grid, but they have the hot air balloons at dawn.  They have it at dusk and dawn, but I feel like a dawn proposal would be perfect because there would be fewer people than at dusk, and it would be also a gorgeous picture opportunity because it’s just so peaceful. You can propose in the hot air balloon or even just somewhere scenic where you can see them. A classic one is Venice, Italy, doing it on a gondola ride and the Grand Canal. I think that’s always romantic and super sweet. That’s actually how I got engaged. It wasn’t in Italy, but it was in California. It was a gondola ride, and it felt like we were in Italy. You can do a message in the bottle. I didn’t know what was going on at the time. I was like, why is this trash in the ocean? And then they were like no, pick it up and check it out. It was words from my now husband. It was really sweet. 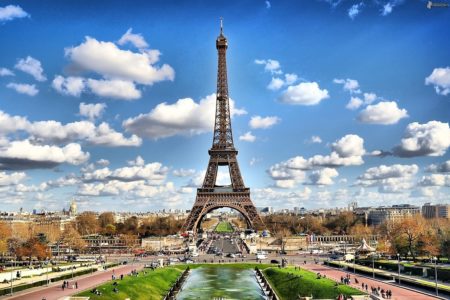 I feel like always throwing in a classic one that will never go out of style. This would be the perfect proposal. Some people, that’s all they really want, that fairytale. So I think that has to be on the list, even if it’s cliché. If people want something more private, they can always go to the cobblestone streets of Le Marais and even if you have a photographer, you could still see the Eiffel Tower from there. 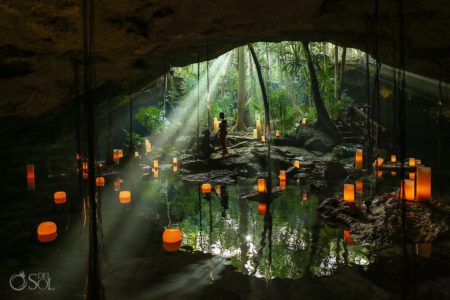 I think this has been more on the rise of course since the pandemic. I suggest a lot of the rustic jungle cafés, specifically, a restaurant called Kin Toh. They do proposals in the cenotes and I think that’s amazing. I’ve seen pictures of it, where they set up candles in the cenotes, and then they go down there and propose. Another one that’s beautiful is the Grand Canyon in Arizona, especially Havasu Falls, because it’s very picturesque and private. Or even Antelope Canyon.  I think that Antelope Canyon is a little more unique. Yosemite National Park, Glacier Point is a gorgeous backdrop. It’s very secluded and romantic. I’ve even seen wedding pictures there that are out of this world. Especially if people are adventurous and like to hike. To keep it classic do the Bow Bridge in Central Park. I feel like it’s also one that’s easy to pull off, where a future fiancé wouldn’t really suspect anything. You can have dinner at a nice café or lunch, and then you go for a stroll through Central Park and you stop by the bridge. If someone wants a little more, there’s a place in New York called 620 Loft and Garden in Rockefeller Center. That’s a great place for proposals as well.