How to Live Abroad on a Budget

Before leaving the States one year ago, my plan was to travel around Europe for a few months, then go back home, and save up for the next summer; but something was different this time.  A few weeks into my trip I decided to stay in Spain permanently, and my 6 month go-for-broke partying budget quickly converted into a long term survival budget.

Being a saver by nature, I decided to put 90% of my money away and attempt to  live on 10%. If the 10% ran out before I landed a job, I would return to the U.S.  I took out 10% of my money from my American bank account, loaded it into a local Spanish  account for easy use, and from there my adventure began!

Here’s how I made it:

1. I lived in a Squat House

Squat houses – or ocupas – are houses that are not currently occupied by their owners. In the United States, I would never think of living in a squat house because it is rarely tolerated and often times illegal. However, in some places like London, Amsterdam and many cities in Spain, there are actual laws that benefit squatters.

Common misconceptions about ocupas are that they are dirty, boarded up, run down, homes without water or power, and full of sketchy people. Au contraire!  I was unaware I was even squatting until a few weeks had passed and I eventually asked why the head of the house never asked for rent.

The house was a brand new villa that had not passed the zoning codes; the owners chose to leave the existing home and went on to build a new one. Though it would be illegal for the owners to rent out the villa, it was not illegal for us to squat in it. The neighbors welcomed us with open arms, we were a young, lively, good-natured bunch, and we kept the house in great shape. To learn more about my life in an ocupa, click here.

Growing my own food saved me a ton of money, and it was a great learning experience. In addition to sprawling cactus and vibrant African violets, I grew strawberries, lettuce, potatoes, onions, tomatoes, watermelon, pumpkins and raspberries. Two lemon trees flanked the massive walkway towards the house and, my favorite,  an avocado tree on the property produced many ripe fruits.

If we were ever low on any crops, many of our friends and neighbors had their own gardens, so we would barter produce and share food and gardening tips.

Being self-sufficient is ideal for living a travel based life. Constantly having to clock in at the same place to make a living, can cut back on leisure time to move around freely. Before I left Los Angeles, a good friend showed me the basics of web design. After a few lessons, I was able to develop websites on WordPress. I created a few websites for friends and various companies around Ibiza, which came in very handy money-wise.

One of my roommates at the ocupa has a 1980 Mercedes Benz van that ran on recycled vegetable oil instead of gas. All it took was a running start and we were off! Whenever we needed to refill, the local grocery store gave us kilos upon kilos of recycled oil for free.  Every week we piled in the van and drove all around the island. The van was fitted to sleep 6 comfortably, and we would go on week long excursions, bathing in the ocean and sleeping in the van.

While in Spain, I put myself on a very strict budget of €5-10 euros a day. Most days I spent about €7, but many days I did not spend anything.

The proverb “out of sight, out of mind” applies to this situation greatly. Once you forget that you have something, it won’t be nagging you in the back of your mind. Forgetting about the money that I had in my savings account did me worlds of good. Not constantly thinking about money frees up your mind to think about more important things – like enjoying the experiences of a new country!

One on one English classes, or translation consultant jobs can provide a native English speaker many jobs in a foreign land. While I did not go the official TEFL Certificate route, I was able to come across people who wanted to practice and speak English regularly. I taught English lessons and charged 8€ an hour for one person and 10€ an hour for 2 or more people. I also took a job dancing in costumes once a week that paid €100 each night. It was not the most glamorous job in the world (as you can see above) but it was lots of fun and the weekly money came in handy.

Also, since I worked at a club, and knew a lot of people working for various clubs, I rarely paid any entrance fees. Each night I had my pick of clubs that many tourists pay 40-60€ to get in to. I got in free!

Living in a place that generates a lot of money from tourism, it is imperative to adapt to the local customs. Seasoned merchants and outlets know that a tourist will pay 2-3x the price for an item that a resident would not, so it is very important to make local friends and shop where they do. For example, you could buy a beach umbrella at a souvenir shop for €15, or you could go the local market and find one for €9.

During my first trip to Europe, I was homesick for my family and painfully addicted to the internet. I would spend lots of money (and time) at internet cafes daily to reconnect with people from back home and visit my favorite sites and forums. Thankfully, years later I have tamed the addiction and I love to disconnect from the internet for lengthy periods of time. At the ocupa there was no Wi-Fi, so whenever I needed internet, I would go to a restaurant, order a few drinks and fulfill all of my internet needs in 2-3 hours; or I would go to a friend’s house with internet.

This was the most drastic part for me. Back in the States I was a careless shopper. I would buy anything and everything that I wanted from jewelry, to clothes and electronics. Since I had no steady paycheck, my mind shifted over into “don’t spend a dime” mode. At the beginning it was difficult. I would go inside a store and see a nice dress or shirt for €20 and think “Wow only 20€! I need that! Oh, and the shoes to go with it!” Then I would remind myself that I don’t need these things, I just wanted them. 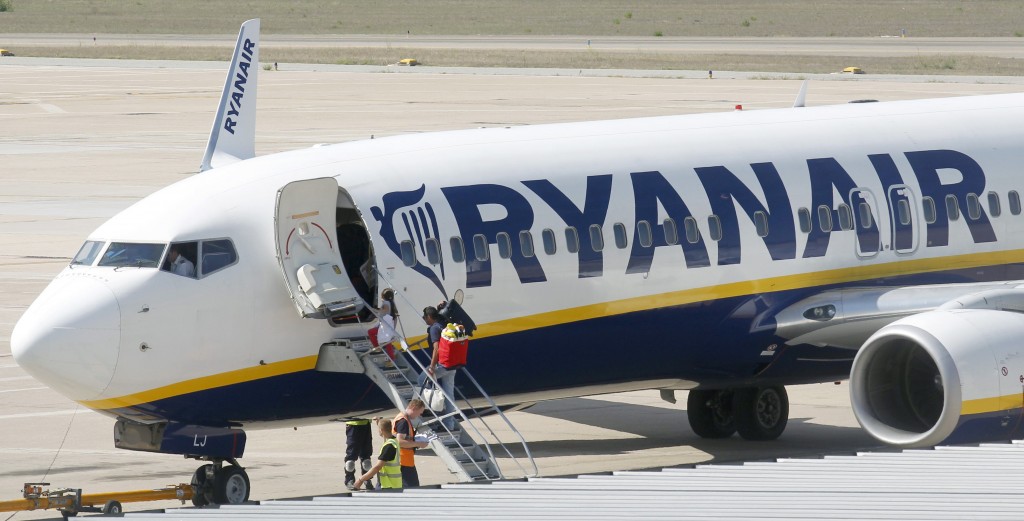 I used popular budget airline RyanAir to get around Europe. I booked a round trip ticket to Barcelona for under 30€, and tickets to Berlin for under 40€ . Instead of booking hotels, I either Couchsurfed for free room and board, or stayed with a friend. While traveling, I relaxed my budget a bit to around 20€ per day, mostly spent on food and entertainment.

So there you have it. This was the best year of my life! I survived on only 10% of my money, used the money from odd jobs to get by, and learned so much about actual living in the process.

A year later, I have a better paying job, and I no longer have to live in a squat house. Learning to live frugally during my year in Spain taught me that the best things in life are free…or close to it!

The story was curated by Jelisa Mone.

How To Spend 24Hours in Cape Town, South Africa