Is Iceland’s Blue Lagoon Worth The Hype?

Iceland is a tiny country with a big world presence, and the nation’s famed Blue Lagoon, a privately owned geothermal spa that welcomes more than 1.3 million visitors each year and is an Instagram favorite, is Iceland’s most recognizable attraction.

When I knew I’d be heading to Iceland to try the new seasonal direct flight from Dallas to Reykjavík on American Airlines, the Blue Lagoon was at the top of my list of places to visit, and after my visit, the main question everyone who has yet to visit Iceland asked was the same: Does the Blue Lagoon live up to the hype?

Before I go into whether the Blue Lagoon is worth the króna, let’s cover the basics!

You’ll Want To Book In Advance

Because of its popularity, the Blue Lagoon requires a reservation and is likely to sell out in advance for popular times. Book your ticket as soon as you can to make sure that you get the day and time you want, and plan to arrive at least 30 minutes before your reservation so that you have time to take a mandatory shower before entering the water. 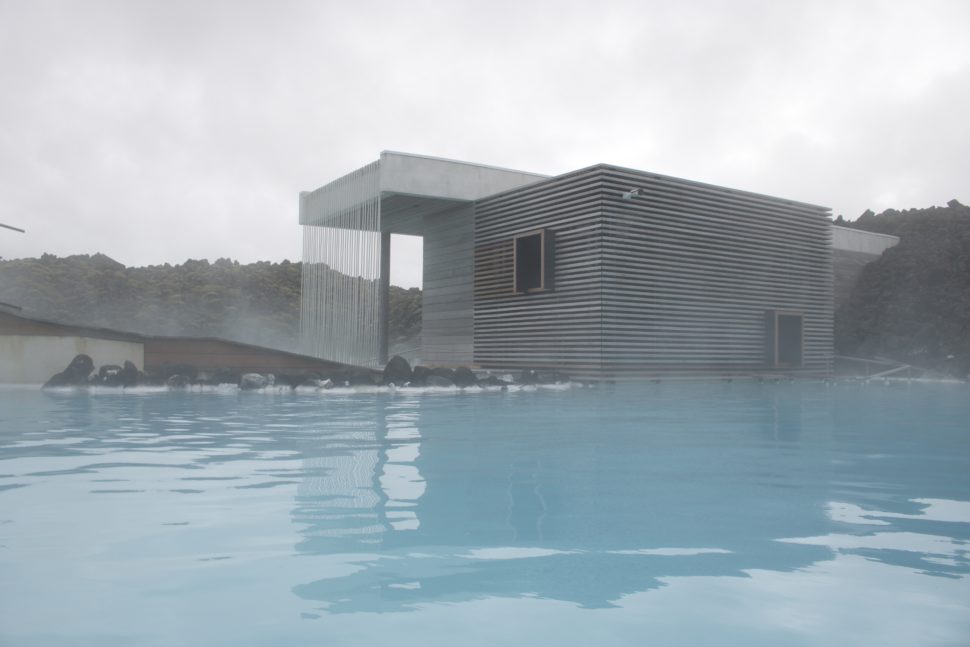 At 6.900 Icelandic króna (roughly $64 USD) for the cheapest adult admission and up to roughly $120 for the premium ticket, the Blue Lagoon isn’t cheap to use. The cheapest admission includes one beverage of your choice from the swim up bar, a towel, a silica mask and all-day access to the spa, but extra drinks and amenities like more masks and a bathrobe will cost you. If you’re staying at the property’s luxury hotel, admission to the Blue Lagoon is included.

Getting To The Blue Lagoon From Reykjavík Is Also Pricey

Unless you’re renting a car, you’ll want to take a shuttle to the Blue Lagoon, which is about 45 minutes from Reykjavík and 20 minutes from the airport. I booked a round-trip shuttle to the attraction from Reykjavík for around $25 USD using Destination Blue Lagoon, but several third-party tour packages include transport and admission to the Blue Lagoon for one set price. The Blue Lagoon offers transfers from the airport if you want to visit before your stay in Reykjavík or if you’re just in Iceland for a brief stop-over, but crunch the numbers to see if it’s more cost-effective to book a shuttle or take a private vehicle if you’re traveling with a group.

RELATED: Keep This In Mind Before You Rent A Car Overseas

You’ll Want To Bring A GoPro

If you don’t have pictures of yourself frolicking in the warm blue waters, did you even go to the Blue Lagoon? I was a bit of a risk-taker and brought my cell and camera into the water at separate times, but a GoPro or water-resistant smartphone would have been a lot safer and much more fun to use. If you don’t have a GoPro, seek out the Blue Lagoon greeters with iPads positioned around the pool to snap your photos free of charge.

Once you get over the sticker shock, it’s easy to see why the Blue Lagoon is one of the most beloved destinations in all of Europe. On average, the six million liters of water in the lagoon, which is wastewater from the nearby geothermal plant, is a comfortable 100 °, but even when it’s busy, it’s never too crowded to enjoy the vastness of the warm pool and the beauty of the surrounding area. The water is a stunning shade of light blue, and the mountainous Icelandic backdrop that surrounds the attraction creates a serene, calming aura, which for me, easily lived up to and exceeded the expectations I had for such popular attraction.

At its highest, the water only came up to the chest of my 5’8 frame, though I was advised to not dip my head in the water due to how it can affect your hair. After several laps around the entire pool and some downtime in the relaxation room, I forced myself to leave after nearly four hours, enjoying the experience so much that I helped myself to (yes, pricey) extra drinks and snacks. The Blue Lagoon may be a tourist destination that sees more visitors than the population of Iceland, but the environment that the team creates and the serenity that comes when you find a cozy nook amongst the black volcanic rocks is an experience that’s well worth your hard-earned króna.