When the Foreign Faces Resembled Mine

When I was a child, I had the great fortune of traveling and living overseas. The cultures I’ve seen and people I’ve befriended have been amazing.

But I must confess that it wasn’t until I was an adult that I had the chance to travel to a location where the majority of the faces looked like mine. It’s a shame, really, given how myopic American life can be, especially for a black child. Luckily, my early travels and wonderful parents expanded my worldview beyond what I was taught in American history classes or shown on television.

Fast forward to 2013. My husband and I decided to vacation in St. Lucia to celebrate our birthdays. We heard about its natural beauty from another couple who had their honeymoon there. Upon arrival, I was enthralled with the blues of the sea and sky, the varying greens of the foliage, and the brightness of the magnetas and corals. The colors were surreal, but what really captured me was the chocolate hues and hearts of the locals.

Every “stranger” we met turned into an old friend, and we were constantly asked when we planned to move to the island. One person actually had a family member that stays not too far from us in the States. His mother prepared us a home-cooked spread of dishes using nothing but the ingredients grown outside her doorstep. It felt like home. We watched a woman make fresh cassava bread from scratch, as we listened to the locals sing in a creole tongue and two women performed kwadril, a traditional creole dance. And it all felt like home. I felt this same emotion when we traveled abroad to Morocco. When we arrived at the Kenzi Menara hotel, the first thing I noticed was the architecture, which was understated yet opulent at the same time.

The second thing was the artwork. Our luggage was gathered, and we were escorted into the lobby, but honestly, I hardly noticed as we entered the foyer. To the right and left of us, there hung 7-foot paintings featuring dark-skinned, Moorish men, a departure from the strong Berber, Spanish, Arabic, and French influences I had expected to see. 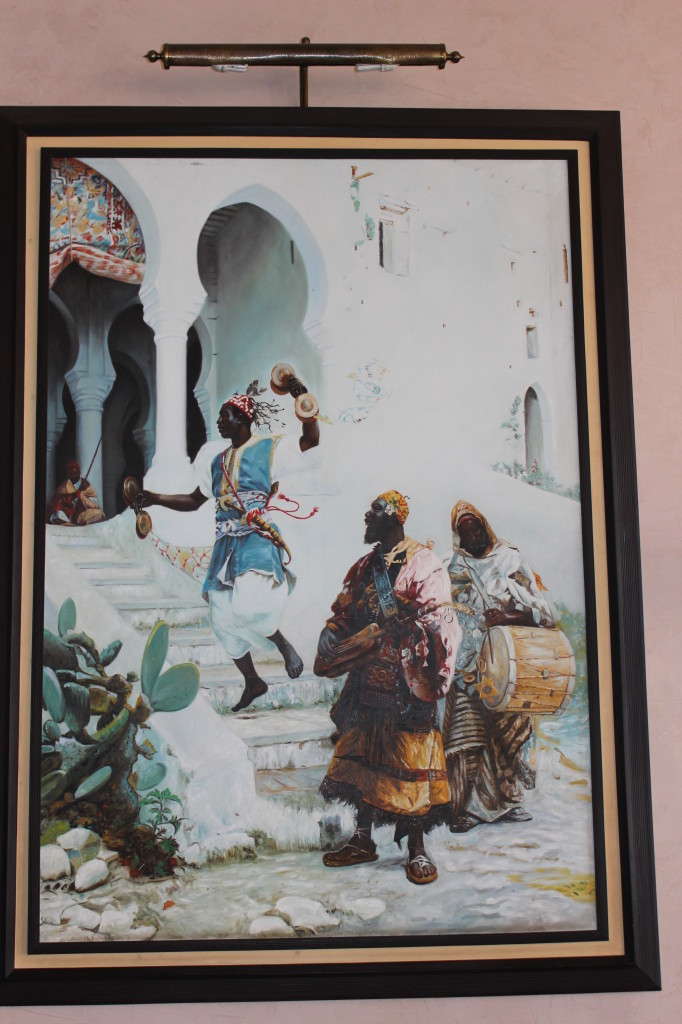 Seeing faces donning the same depth of melanin felt like home. With each experience, I walked away with a renewed spirit and self-pride as if I had just spent time with my immediate family. There’s something about being in a place where the features of its people, right down to the artwork, mirrors yours. It’s an empowering feeling. I’ve always been unapologetically black, and my experiences from each trip only reaffirmed the following sentiment for me: blackness is so profound that it’s not easily diluted nor destroyed.

No matter the linguistic or cultural differences we may have, our similarities that we share, beyond skin tone, trump them all: our strength, resilience, and traditions (though varied) have remain intact despite the many attempts to crush us as people. Our blackness is truly something to behold. And I plan to continue to do just that.