Meet The First African Couple To Travel The World On Motorbikes

When your first date is spent ziplining, it’s safe to say that your relationship will be filled with adventure. That’s certainly the case for Dos and Wamuyu Kariuki, a married couple from Nairobi, Kenya, who are on a mission to be the first black African couple travel through every continent on motorbikes. An adventure two years in the making, Dos came up with the idea to travel the world in 2016, and it didn’t take much to get his wife on board.

To prepare for the trip, which began in July 2018, Dos and Wamuyu spent two years saving money they earned working in Nairobi’s oil and gas industry (he’s in finance, she’s in human resources), sold most of their belongings, were hosts on Airbnb to earn extra money, and scoured YouTube for information on how to begin a world tour using solely motorbikes. They quickly realized that their path was unique since similar journeys rarely begin in African countries. “Unfortunately nobody started in Africa. Everybody started in Europe, the US, Australia,” Wamuyu says. 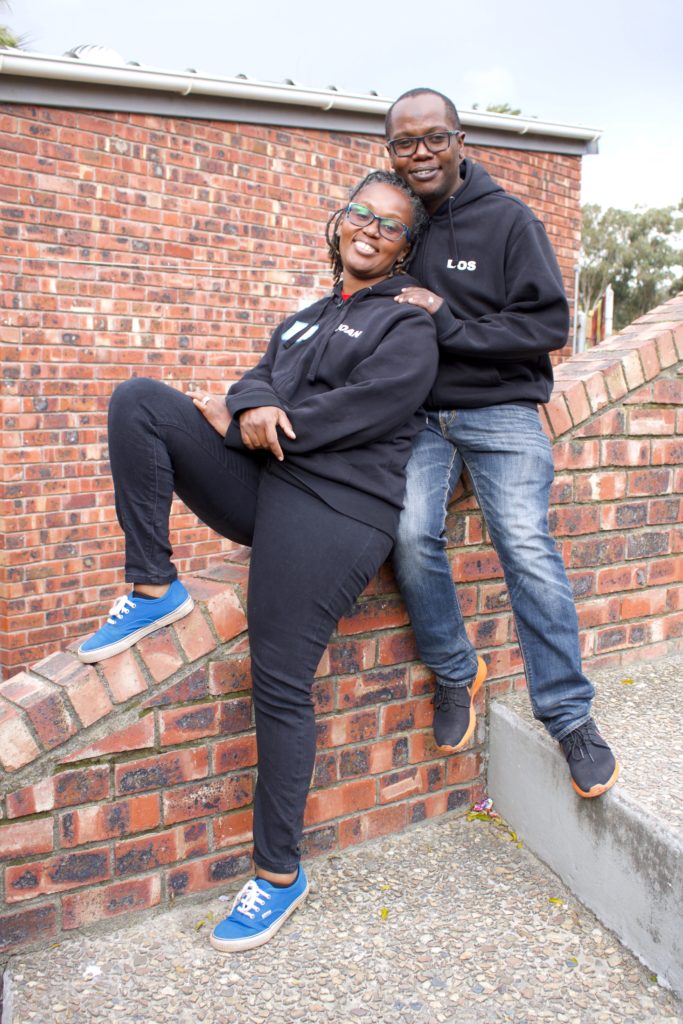 The duo initially planned to do the route in one year, but after careful planning, they discovered that the route would likely take three and a half years if they wanted to visit every continent. To prepare, they had to take into account the types of bikes they needed for the trip “Some are expensive to buy but cheaper to maintain, others are cheaper to buy and more expensive to maintain,” Wamuyu explains, while Dos notes that they also had to look at the types of routes that would work best for them based on the terrain, visa restrictions (the Kenyan passport is not very strong, even when traveling to other African countries), and weather. With their two teenaged children cared for by the couple’s close relatives, Dos and Wamuyu left Nairobi in July 2018 and headed to Uganda, Rwanda, Tanzania, Zanzibar, Malawi, Zambia, Botswana, Namibia, and South Africa. As they prepare to take on their next continent, the couple tells Travel Noire the biggest challenges they’ve faced on the road so far and how they hope their story will inspire the world, but more importantly, the people of Africa.

Travel Noire: How did your family respond when you said you wanted to travel the world on motorbikes?

Dos: My family said, “Go.” They were very supportive.

Wamuyu: His family doesn’t live in the country. They are very well traveled. On the other hand, my family was kind of hesitant. It took a while to break the news, especially to my mom. We have two kids and we thought breaking the news to them would be the hardest, but it turned out to be the other way around. When we told the kids, they said, “Go!” My sisters had a difficult time dealing with it and my mom had the worst time.

TN: What have been some of the toughest challenges you’ve faced on the road so far?

Wamuyu: We ended up sleeping in a bathroom one night. We have a small tent for the two of us, and it got so cold that the sleeping bags weren’t working, so we got up and put them in a nearby bathroom. TN: What are the items that have been the most essential for this journey?

Wamuyu: The must-have items are the tools for the bikes, passports, bank cards, and the medical insurance. We can wear the same t-shirt for five days; we can wash our underwear every night. So long as the bike is working, the passport is there, and we have money, anything else we can figure out. The cool thing is that there’s no country in the world where people don’t dress or eat. You can always get anything you need.

TN: What has this journey taught you about your pushing your limits?

Wamuyu: Now I know I can do anything. I have a serious fear of heights, but I have done ziplining, we got engaged while we were skydiving. Our relationship has opened me to do the things that I thought were impossible. One of the toughest riding experiences was crossing a wooden bridge on a bike in Malawi. He almost gave up on me because I stopped. When I got to the bridge and saw the wood, my fear just took over. He rode over me, asked me to come over on the intercom, and I said “NO!” As I was waiting, traffic was building behind me, and I moved off the road to let them go. Then I realized that I have no choice. He won’t come for this bike, there was nowhere for me to go. I had to go. That was tough, but I did it. I don’t think I have any more big fears.

TN: How do you want your story to inspire other black and African adventure travelers?

Dos: We are the first black Kenyan couple to ride around the world on motorbikes. For us, the significance will be to show the world we can do it and nothing is impossible, even though we don’t have a strong passport.

Wamuyu: It also sends a very strong message to the African people and the rest of Africa. From the feedback we get, I think just doing this has made a lot of people realize that it is possible. We spend 19 years in school without knowing whether it’s going to get you a job; you will invest the time and money without knowing where you are going. We need to develop a culture of saving in Africa. That’s what we don’t do and that’s what people in the West do more. They will plan two years from now to go to Machu Picchu and will start saving. The discipline is higher than for us. 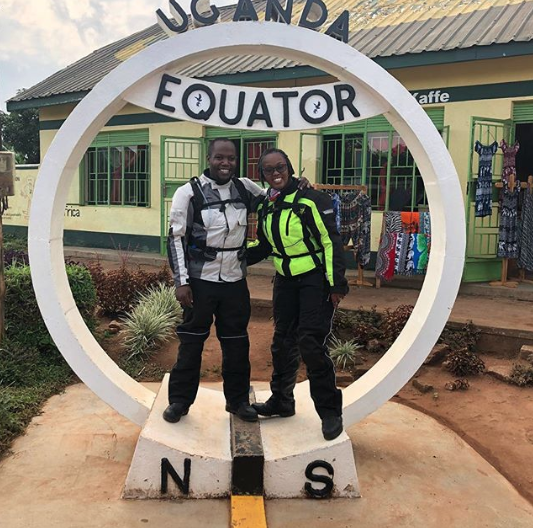 TN: What has this trip taught you about how to budget?

Wamuyu: For us, we say with a saving culture and better planning, it is possible to travel. You don’t need to be a millionaire. You don’t have to have a lot of money. We’re living on a budget of $70 a day. That gets us accommodations, food, bike fuel, and any experiences.

TN: How has your view of African countries changed since you’ve driven through so many countries on a bike?

Wamuyu: Between Namibia and Cape Town, the roads are filled with beautiful flowers because it’s spring, it’s a flower season. Unless you’re on that road, you will not experience that. There’s very little that you can capture with a camera lens. I don’t want to discourage flying, but to be honest, there’s nothing that will give the maximum travel experience like road travel.

Dos: It’s amazing that you meet so many people. People call her “Sir” until she takes off her helmet. It’s nice to see women coming to her and get inspired. Riding is predominately male, and when I see women come to her, I sit back. There were women in Rwanda that started riding because of her.

TN: How has this experience brought you closer together as a couple?

Wamuyu: For me, I have learned how to be more patient and stay calm. He will say that when I get annoyed, I get annoyed. But now, if I have to release stress and deal with anger, it’s just him. I don’t have space to go and sulk. There’s only him 24/7, so I have to know how to deal with my emotions. I have learned to say “sorry” more times than I have ever said in my life. TN: What’s next for you after you finish with the African countries on your route?

Dos: We go to South America, the United States, and Australia!