Why Watts Is Becoming An Unexpected Foodie Destination

There are so many neighborhoods in the United States that are stricken with drugs and gang violence, making them a sore sight for tourists. However, you shouldn’t always judge a book by its cover. Despite what it might look like to outsiders, locals and real travelers know those neighborhoods have some of the best people and some of the best food you’ll ever have.

Neighborhoods like Watts in California fits into this category. Known for random drivebys and massive gang violence, their food scene is last on the list when you think of the area, but things have changed over the years. Food hotspots like All Flavor No Grease and Hawkins House of Burgers are encouraging visitors to come and experience the unique tastes on their own, regardless of what their addresses are. Like Hawkins Burgers, which apparently sits in Blood territory, or All Flavor, No Grease, which was set up in active Crip territory. All Flavor, No Grease owner Keith Garrett, who started his business in his own front yard, boasts about his positive relationship with the neighborhood gang culture.

In fact, there was a time when Garrett, known as a Watts legend and making a mean quesadilla, brought the rival gangs together for a peace offering while he was setting up shop. “There was a meeting held at Markham Middle School, with both rival gangs,” Garrett said. “It was like, ‘If Keith said it was cool, it gotta be cool. He comes in peace, so we know he wouldn’t put our lives in danger to come get a plate.'” Food brought them to a neutral place. While Garrett said there was still tension, the respect was given. 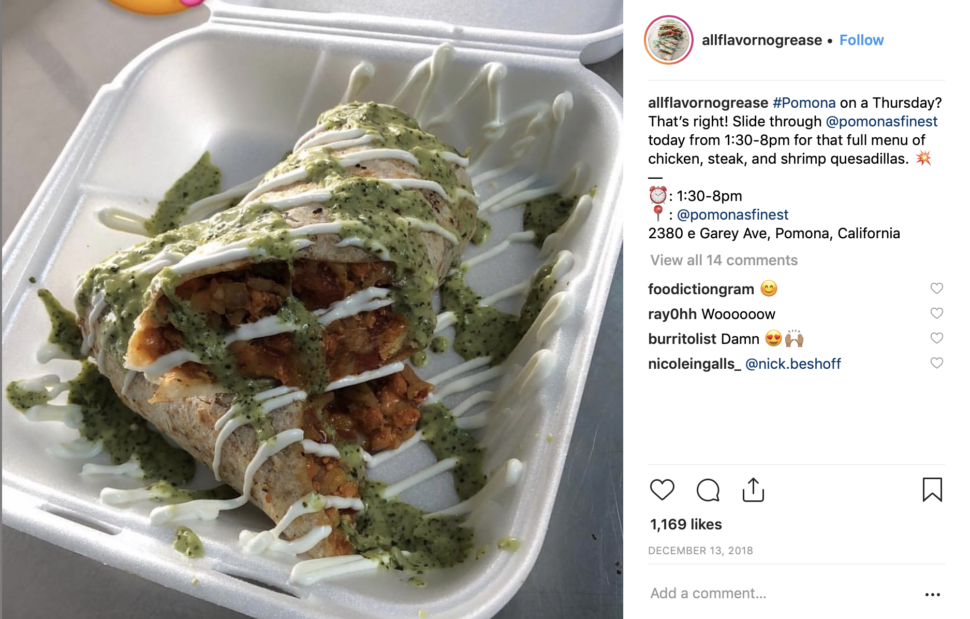 The same respect goes for Cynthia Hawkins, owner of Hawkins House of Burgers. The black-owned business, which is often called the best burgers in Los Angeles, has a lot of history behind. The building was the only spot untouched during the Watts Riots in 1965 and not by accident. Being that Hawkins’ had a reputation of feeding the community, looters gave them a pass. Celebrities like Grammy-award winning rapper Jay Rock, who grew up in the neighborhood, has given his stamp of approval as well as Baron Davis, and Hilary Clinton, who stopped by during her 2018 presidential campaign. After Yelp reviews and Instagram posts help get the word around about these two spots and how safe the neighborhood was for a food business, famous chef Roy Choi decided to establish the LocoL restaurant in Watts. As one of the founders of the gourmet food truck movement, Choi’s name alone brought in outsiders that would probably never give the hood a chance. Although the LocoL restuarants have closed, the food truck is still in operation. Leave it to food to bring people together, regardless of what color they are or what color they are wearing.