Caedia Fraser is a 31-year old native of Jamaica who was raised in Brooklyn. She has visited 31 countries to date and enjoys traveling often. She has created a platform for other members of the LGBTQ community to feel safe and comfortable while traveling the world too, called Same Sex Squad. Travel Noire: What challenges have you faced while traveling as a lesbian?

Caedia: One of the biggest challenges in traveling to foreign countries as a lesbian, or as a member of the LGBTQ community, is ending up in a country where my lifestyle is deemed unacceptable or illegal. Dubai is a prime example of a place where I’m not rightfully allowed to display who I am. Other challenges include being judged based on appearance and clothing, and having to overcome the stares of not just being black in a foreign place, but being black and different (as in black and visibly gay).

It makes interactions with people who oppose the lifestyle difficult because of the immediate judgment. One thing that keeps me persistent is the fact that this can happen everywhere in the world, including the U.S. In my opinion, this is caused by ignorance and I’m fearlessly willing to bring visibility to the fact that the LGBTQ community exists to all corners of the earth. 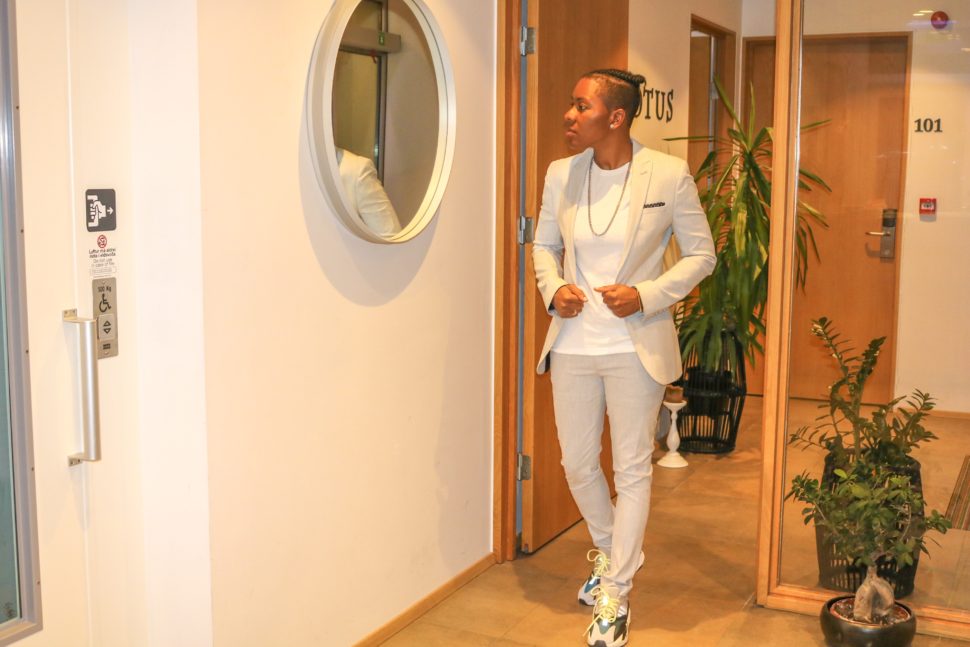 TN: Give us a positive memory while traveling relating to your sexuality.

Caedia: Surprisingly, Iceland was one of the most inviting countries as far as sexuality is concerned. I was shocked to know that this is one of the most gay-friendly places in the world and I felt it in every interaction. There were no long awkward stares from people trying to figure out to which gender binary I belong. It was almost as if I belonged, and everyone was open and accepting.

TN: How important is it for those in the LGBTQ community to feel safe while traveling?

Caedia:  It’s very important for the LGBTQ community to feel safe while traveling because we can be easy targets, especially if we do not fall into the cis-female or cis-male category. It is also important for us to know and understand the cultural practices of the countries we visit before we travel. We need to understand what may be offensive and refrain from offending citizens while visiting. It’s also important to find our niche communities and learn the culture in a comfortable, interactive setting.

TN: Have you found a place that was more accepting than others?

Caedia: The Caribbean can be difficult to travel to because of the overall perception of the LGBTQ community. Jamaica can be more accepting of women in the community, but may have a low tolerance for the men in the community. I find most European countries (parts of France, Netherlands, Iceland etc) and some Asian countries such as Thailand and Singapore are more open to the community. However, as a black lesbian, I might be more accepted than a black gay man or transgender woman of any race. The community is very dynamic and because there isn’t much knowledge being shared, different members of the community have different anxiety levels associated with acceptance when navigating the world. TN: Do you have any advice for our readers who may be hesitant to travel out of fear of not being accepted?

Caedia: My advice to members of the LGBTQ community that are hesitant to travel because of fear, is first to understand that we face these same biases right here, right now in our home country and we still continue to live. One thing that I have learned from traveling, is that there are far more good people in the world than there are bad people. If someone of a different culture judges you, mostly it is not out of hatred but the lack of understanding and knowledge. People genuinely let their guards down when you carry a huge smile and a huge heart. That one interaction can bring clarity for that one person and understanding that they may share with others.

Traveling will help to bring visibility and shed light on the issues we face as members of the LGBTQ, and if we can change the minds and hearts of one person it will make acceptance easier for those who follow. Let’s make the world a better place for the next generation by respectfully showing people, we are all equal we just choose different lifestyles.