The Black Expat: I Gave Up Luxury To Live Abroad And Travel

Meet Tia, a 31-year-old Newark, New Jersey native. She lived in 10 U.S. cities before ending up in Miami to work as an Account Executive for a multicultural advertising agency.

She has visited 46 countries since 2012. Her goal is to see 100 in her lifetime so she can join the Travelers’ Century Club.  Tia now lives in Sydney, Australia where she works in marketing. We had the chance to speak with her about her new life as a Black Expat. RELATED: The Best Of Black Culture In Sydney, Australia

Travel Noire: What  inspired you to make the move abroad?

Tia: I had a pretty decent life in Miami. I was living the life I wanted: high-rise luxury condo, foreign car, designer bags, international vacays etc., but as the story commonly goes… I still wasn’t fulfilled. I wanted something different. I wanted to get out the rat race. I wanted a new experience. I wanted to feel free. And I also wanted to do soul searching and mourn the loss of my mother in 2016. I’ve always dreamed about moving abroad and I finally just put a deadline to it and made myself make it happen.

TN: How did you end up in Australia?

Tia: I started my “sabbatical” this year by vacationing around Asia for 3 months and then volunteering and traveling in Africa for 2 months. After those experiences, I still wasn’t ready to rejoin Corporate America like I thought I would be.

I wanted to stay abroad and get new cultural experiences, but also craved a little stability (and income), and I’m not going to lie—some First World luxuries (like drinkable tap water). I also started to miss the mental/intellectual stimulation that comes with working. Australia, with its strong job market and Work and Holiday visa, (allowing young Americans to live and work in Australia for a year or two) provided the opportunity to do all of the above. So it was the perfect place for me to go. TN: How has your life improved by being an expat?

Tia: Since being abroad, my perspective on life and identity has expanded. Being in a new culture, I’m much more aware of the interconnectedness but also the distinctiveness of different parts of my identity. Being a Black American woman is one thing but also three different things at the same time. It’s kind of hard to explain, but I’m noticing how each one of them define me in a different way and also how they connect or differentiate me from others.

Also I have noticed that for many Australians their familiarity with Americans, especially African-Americans, comes from what they have seen or heard on TV, movies, and in music. So when they “meet one in person,” they are happy to talk with me and are usually very welcoming. 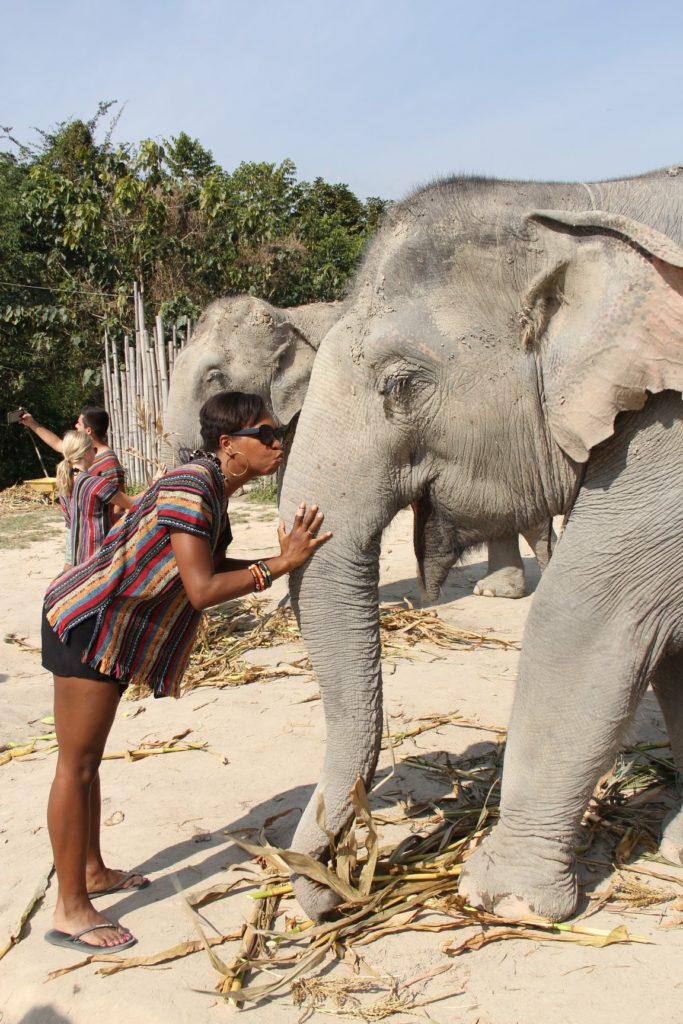 TN: Can you describe the feeling that traveling to new countries gives you?

Tia: I love the feeling of being somewhere new, meeting new people, trying new foods, immersing in a new culture. It is an exhilarating experience for me and brings me much happiness, joy and satisfaction. I just all around love having new experiences. Being somewhere I’ve never been, doing something I’ve never done, with people I’ve just recently met. TN: Can you give any advice to our audience wanting to move abroad or even travel more?

Tia: My biggest advice it to make a plan and just do it. Don’t let fear stop you. If you want to visit a city, buy the ticket and go. Regardless of whether your friends join in, or if you do not know the language, or if it’s far. Once you set the plan in stone, everything else will fall into place. You will meet people, you will discover things to explore, you will learn how to navigate. It sounds much harder than it actually is. Utilize the abundance of resources out there for us.

I moved to Australia prior to securing a job, an apartment, or even friends, but I trusted that they would come. In fact, my move to Australia was easier than most of my domestic moves, because although there were unknowns, I was still smarter about it. I got connections through mutual friends, I joined Sydney FB groups that were related to me, I read an abundance of articles/blogs on living and working in Sydney, and I started following IG pages for local restaurants/ gyms/ festivals, etc months before I got here. All of these things can make the transition a lot less like jumping off a cliff and more like jumping off a table!

TN: Where can you be reached on Social Media?