Flying across the Atlantic Ocean on my own at 17 was not something I had ever imagined I would do. Coming from an English-speaking country in Central America, I had no foundation in French other than the few words I would pick up from French songs and some words that sounded similar to Spanish. Knowing that my limited French would be a problem when roaming the streets for hours on end, I decided to invest in some apps to help out.

Now the price might seem a little off-putting for a language app, but it’s definitely worth the money. Out of all the apps mentioned in this post, this one will be the most useful to you. This app is a combination of both a dictionary and a phrasebook that, trust me, is the handiest thing to have on you! The translation medium that is probably the most used on the Internet – Google Translate. This app is just like its web counterpart, just in a more convenient form. This is the perfect app if you have internet access and need to translate something quickly. 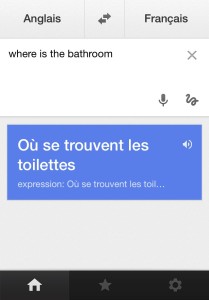 If you’re going to be using public transportation frequently in Paris, this is the app for you! Save yourself multiples trips to the help desk in the metro to ask for extra paper copies of the metro map. Just use this app! You’re less likely to lose your phone. 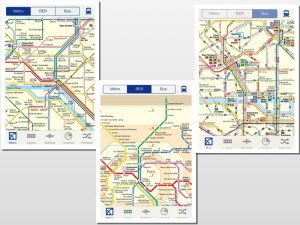 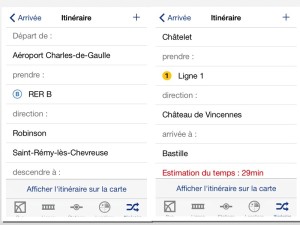 Lonely Planet, Free*
*Although the Lonely Planet app is free, the travel guides need to be purchased within the app.
BUY HERE

Ah, the famous Lonely Planet… Lonely Planet is known around the world for its superb ability to offer insight into countries and cities. They decided to take that insight from paper form and transform it into something more easily accessible for us phone addicts. The app has an in-app store that allows you to buy plenty city guides, but I bought just two – Paris and Nice. These city guides were hit and miss, respectively.

This app was definitely a miss, and I wouldn’t recommend anyone spending any money on it. I think even Lonely Planet knew it was horrible, as I can’t seem to find the link to buy the city guide anywhere. For the sake of reviewing, however, I’ll tell you about it.

I could go on and on, but I wont. I guess when in Nice all you really need to do is lay on the beach! Enjoy your next trip to France!

This story was curated by Aaliyah Lightburn.