If you’re looking for a different way to celebrate Black History month this year, take the road less traveled to destinations where black history doesn’t immediately come to mind.  Skip the places where the stories are well known, like Montgomery, Selma, Detroit, or Atlanta. Venture further afield for a deeper discovery.

Not sure where to start? Here are some ideas.

West of the main route through Sierra Vista, Arizona is Fort Huachuca, headquarters for the U.S. Army’s Strategic Communications Command. One museum there is devoted to the history of the U.S. Army in the American Southwest. It tells the story of the Army’s 10th Cavalry Regiment, a fighting unit famously known as the Buffalo Soldiers, the all-Black regiment established immediately after the Civil War. These soldiers were called “buffalo soldiers” by the Plains Indians. Some say it was because the Indians believed the men fought like a buffalo and others say it was because they saw a resemblance between the Black soldier’s hair and a buffalo’s shaggy coat.

The first African/African-American soldiers to arrive in Arizona at Fort Huachuca were the Buffalo Soldiers in the l890’s; the 9th and l0th Cavalries and the 24th and 25th Infantry Regiments. The Buffalo Soldiers fought in Plains Indian Wars, Apache Wars, The Spanish-American War, and The Punitive Mission against Mexico ordered by President Wilson and led by General John Pershing or ‘Black Jack.’ He had earned the nickname early in his career by leading Black regiments. By all reports, these Black regiments distinguished themselves in service to their country, despite being provided with inferior horses and equipment. 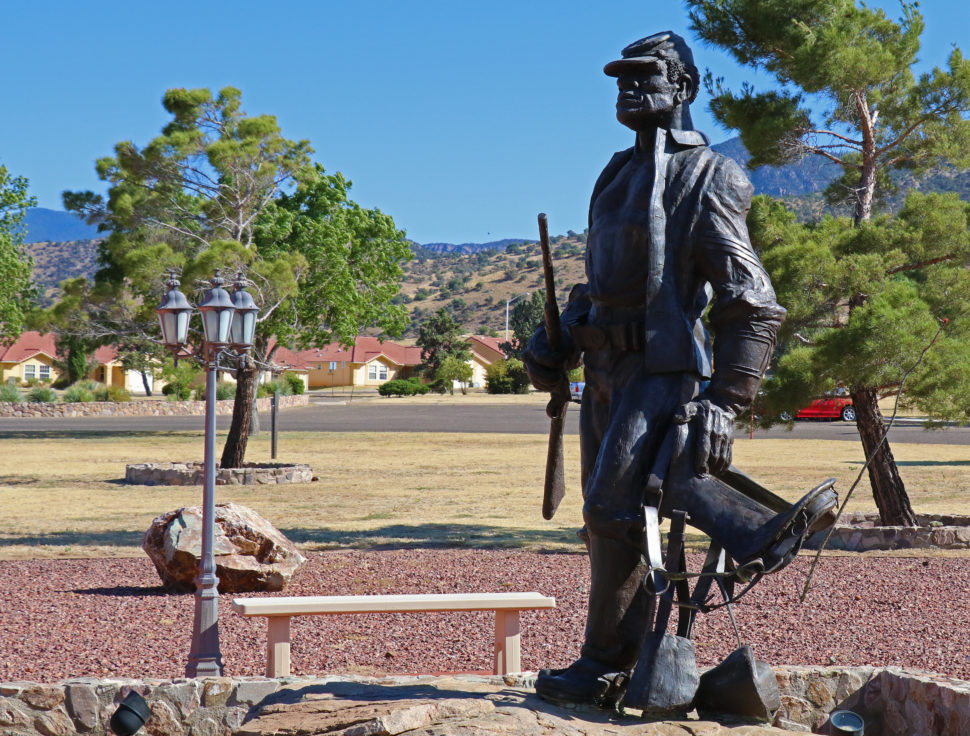 From forgotten stories of the Civil Rights Movement brought back to the forefront to properties owned by freed families that still stand today and an annual festival celebrating black history and culture, you might be surprised to stumble upon all of this and more in Columbia, SC.

Columbia had its role in the Civil Rights Movement.  Many of the local, defining moments of the movement took place on Columbia’s Main Street — from a worker being ejected from a bus for trying to exit off the front instead of the back, to lunch counter sit-ins at Kress to marches and protests held at the South Carolina State House. Today, these moments are permanently remembered with seven markers installed along Main Street and a corresponding walking tour. You’ll also want to visit the Mann-Simons Site, with its museum, which was the former house of freed husband and wife Ben Delane and Celia Mann who were homeowners in 1840 when most African Americans were slaves. There are African American Historic Sites Bus Tours.

The stories are plentiful.  Sometimes the desire for change makes strange bedfellows. Civil rights worker Ann Atwater and Ku Klux Klan leader C.P. Ellis became friends after working together on a charette to resolve issues with desegregating Durham’s public schools. There’s a book about it, The Best of Enemies: Race and Redemption in the New South. The compelling story will be told in The Best of Enemies, a film starring Taraji P. Henson and Sam Rockwell is set for release April 5.

Durham, back in the 1900s was nicknamed the “capital of the black middle class”. Durham had bragging rights for being home to North Carolina Mutual Life Insurance Co., the nation’s largest black-owned insurance company, and Mechanics and Farmers Bank.  Parrish Street was considered Black Wall Street. However, the vibrant community withered with urban renewal and a freeway.

The tiny town of Muskogee, Oklahoma sits in a region that is rich in black history. Six historically all-black towns surround it. Four museums in the Muskogee area offer much history on the role of blacks in what was once the Indian Territory. The

Fort Gibson Historical Site is a restored frontier fort where black soldiers served before its closure in 1890. It was occupied by the First Kansas Colored Infantry and Indian Home Guard during the American Civil War. You’ll want to visit the Three Rivers Museum to get the story of black pioneers, including on U.S. Deputy Marshal Bass Reeves, who is said to be of the greatest lawmen in the American West.

A few miles south of Muskogee at Rentiesville, a historically all-black town, is the Honey Springs Battlefield and Visitor Center. This interpretive center gives the story of the most significant Civil War battle fought in Indian Territory. The First Kansas Colored Infantry was credited with the Union victory in this battle that was the most ethnically diverse in the entire war. Just a block away from the Battlefield is the Oklahoma Blues Hall of Fame which spotlights blues musicians and also the 50 black towns in Oklahoma. You can also catch live blues performances.