Barcelona will never go out of style. As Spain’s most cosmopolitan city, one can visit Barcelona countless times and never run out of things to do. Having lived in Barcelona for quite some time, these are my personal recommendations for visiting Barcelona, Spain like a local. 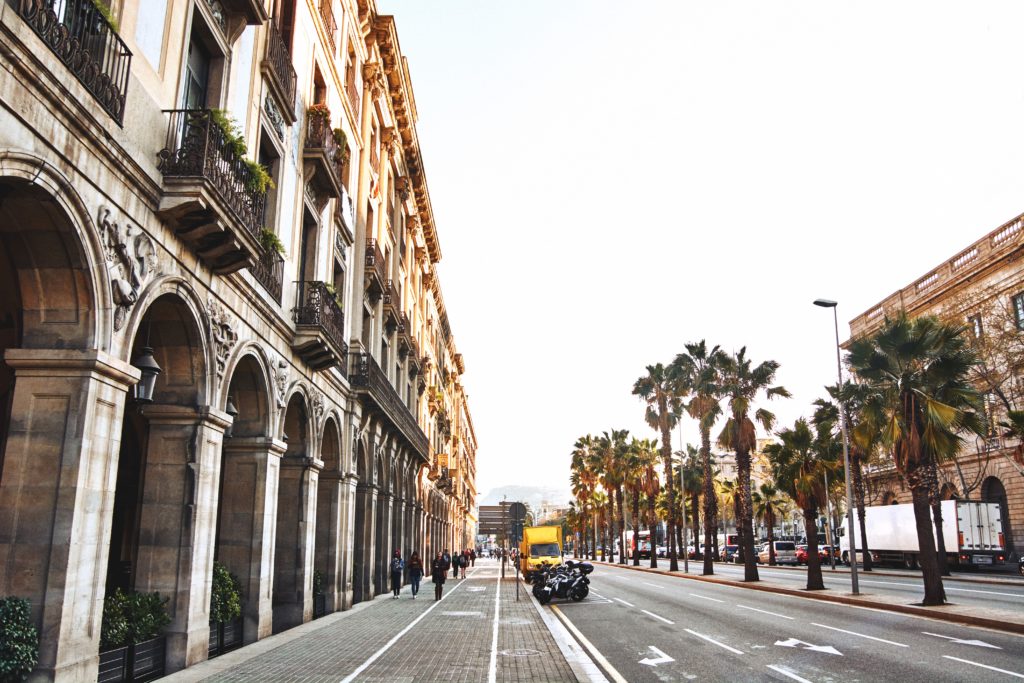 If you’re a history buff, you will fall in love with Barcelona. This city has more than 2,000 years of history tucked into every corner. Many attractions are easy to miss if someone doesn’t point them out to you, so I suggest taking a sightseeing tour bus in your first few in the city. Bus tours are designed to give you a firm understanding of Barcelona’s history and layout, allowing you to properly choose the areas that most interest you.

The Gothic Quarter, or Barrio Gotico, is the center of the old city of Barcelona. It stretches from La Rambla to Via Laietana, and from the Mediterranean seafront to Ronda de Sant Pere. It’s also home to many landmarks like the Cathedral of Santa Eulalia and Placa Real.

Spanish Catalán architect Antoni Gaudí’s influence can be felt all around Barcelona. From Parc Guell – a park featuring many of Gaudí’s creations- to Casa Battló on the Passeig de Gràcia, you can’t miss Gaudí’s work, including his most famous and not finished creation, Sagrada Familia.

Tip – The line outside of La Sagrada Familia is a madhouse. My advice is to go as early as possible to beat the line. Since La Sagrada Familia is still under construction, your ticket purchase will help fund the building. If you have a short amount of time in Barcelona, don’t waste half a day standing in line to see the inside. Visit Cathedral Santa Maria Del Mar instead. It’s free, and there is usually little to no wait to get inside.

From designer shops to big-name department stores, Barcelona is a shopper’s paradise.

In the 20th century, Passeig de Gràcia was known as a very prestigious and fashionable area. Still holding on to its roots, Passeig de Gràcia is one of the main avenues for luxury shopping in Barcelona. The sidewalks are paved with charming stones and the unique modernist style of Gaudí is present with Casa Mila and Casa Battló. Here you can find most of the flagship stores like H&M, Bershka and Zara alongside exclusive luxury brands.

Avinguda Diagonal is one of Barcelona’s broadest and most important avenues. It cuts the city in two, diagonally from west to east. Avinguda Diagonal is also the place to go if you’re into luxury shopping as Calvin Klein, Giorgio Armani, Gianni Versace and Gucci all have shops there. On the opposite end of Avinguda Diagonal are more budget-friendly shops such as H&M, Zara and Primark.

The Mercat de Sant Josep de la Boqueria, also known as La Boqueria, is a large public market in Barcelona. It is known for its diverse selection of goods and beautiful, eye-catching displays. La Boqueria can be accessed through Las Ramblas which is in Placa Catalunya.

Les Glòries is a multilevel shopping center made up of 230 well-known shops, a multiplex cinema, bars and restaurants. Les Glòries is close to the metro and situated on Avinguda Diagonal. There’s also a flea market held every Monday, Wednesday, Friday and Saturday called Els Encants Vells next to Placa de les Les Glòries.

Spain is known for its food culture, though it can be tricky navigating through all of the lower quality restaurants on every corner designed to entice you with microwaved paella and cheap sangria. The trick to enjoying food while traveling in Barcelona is to know what to expect and to eat where the locals eat.

Cán Ferran is well worth the journey and hands down my favorite place to eat in Catalunya. If you are looking to splurge on a good meal, head over to Cinc Sentits. Catalunya meets Canada in Cinc Sentits, where the food presentations are elaborate and customer service is superb.

Tip: If you want to take a break from Catalan food without ending up at McDonald’s, check out this list of moderately priced restaurants in Barcelona.

The Catalans’ seemingly endless enthusiasm for festivals and parties means that there’s never a week in the year that doesn’t include a celebration. These celebrations range from traditional festivals with giants, dwarfs and mountains of people stacked on top of each other in the streets, to people dressed up as dragons dancing to the beat of drums and spewing out sparks from fireworks attached to forks.

If you have the chance, check out Castellers, the Catalan tradition of building human towers that dates back to the 18th century. It is a magnificent sight to see firsthand, so be sure to check online for any Casteller competitions while you are visiting.

The Magic Fountain of Monjuïc is a very popular attraction and is a must-see before you leave Barcelona. The fountain is thought to be magical because of its water arrangements, sound and magnificent lighting. 2,600 liters of water are pumped through it per second, and there are 30-minute shows during the evenings Thursday to Sunday.

If you love sports, you must go on a tour of Camp Nou. Camp Nou is the largest stadium in Europe and hosted the soccer match during the 1992 Olympics. For 23 euros, you can roam in the massive stadium for two hours. Use websites like  ForFree and TimeOut to find free or deeply discounted activities in Barcelona before and during your visit.

Tip – Barcelona has a lot to offer a visitor. Sadly, the city also has a lot of pickpockets. To ensure you have a fun and safe experience in Barcelona:

Barcelona is a beautiful city and any trip there will be one you won’t forget.

From Corporate America, to Finding Freedom Abroad Through Entrepreneurship