Fried chicken, champagne, and live music? Can you think of a better way to spend a weekend?

The National Fried Chicken Festival was held this past weekend in New Orleans at the Woldenburg Riverfront Park. Presented by Raising Canes, this two-day festival didn’t hold back on ensuring that guests had a great time. With an estimated 200,000 attendees, this is one festival that you just have to experience for yourself. Now in its third year, this festival has proven that it definitely has some staying power.

What else do you need to know? Well, if you’re thinking about grabbing tickets for next year’s fest, here are a few things to keep in mind:

RELATED: How To Spend A Day In Black-Owned New Orleans.

The creator of the festival is young and black.

Creator and founder, Cleveland Spears III is a native of New Orleans. He is the President and CEO of The Spears Group, which is a marketing public relations and engagement firm. He brought the festival to life back in 2016. It has only gotten bigger and better since.

Need we say more? An entire festival aimed at paying homage to the South’s (or maybe the world’s) favorite fried dish. This year the festival featured 35 vendors. The majority of the vendors were award winning restaurants or food trucks from different states, who are known for their fried chicken dishes. Some standout dishes were fried chicken and beignets with a maple slaw, stuffed bacon waffles with chicken and watermelon, green tea chicken, and donut chicken burgers. If you aren’t a fried chicken fan there were also vegan food vendors, dessert only vendors, and tons of drink vendors. The prices were pretty reasonable and most vendors were equipped to take credit and debit cards. 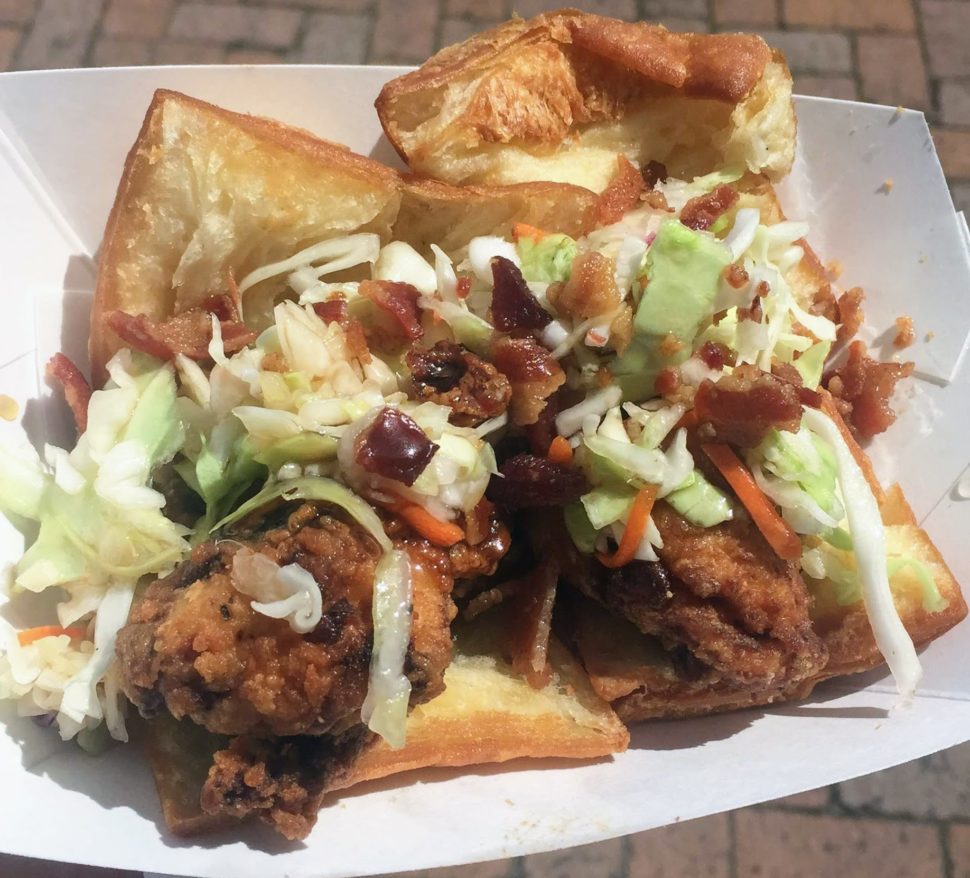 Yes, Mr. “go DJ that’s my DJ” himself came out to perform in front of his hometown crowd. While his set more so highlighted his DJing skills, Mannie Fresh definitely gave the crowd a solid hour of hits. From New Orleans bounce all the way to old school jams like ‘Before I Let Go.’ The crowd was moving from start to finish. Last year’s headline performer was Big Freedia, so you can tell that each year it will only get better. If the National Fried Chicken Festival continues in this direction, it will definitely be a festival that will be talked about for years to come. It’s authentic New Orleans.