The Best Places To Visit In December

Here are some of the best destinations to travel to this December:

Don’t let the cooler temperatures deter you from London in December. While some argue that the best time to visit London is March through May, December is when the city turns into magic.

Thousands flock to London during December as the streets of London sparkle with Christmas lights and shoppers are serenaded with Christmas carols and outdoor concerts.

Looking for warmer weather to spend the holiday season? Weather conditions in Ghana make it the perfect December destination. Like London, it’s a festive time in Ghana, especially in the capital. Head to Labadi Beach, one of the most popular beaches in Accra for bonfires, live bands and delicious street food.

If you’re looking to relax and recharge before the New Year, head to Holy Trinity Health and Spa along the Volta River.

The days are short and the nights are long, and during December, the sun doesn’t rise for weeks or even months. It’s during the winter months, from October to March, that makes Norway prime time for those who are chasing the Northern Lights.

Be sure to pack layers. It’s not uncommon to ski and sled everywhere during the month of December. Often referred to as “The Hamptons of Buenos Aires,” Punta del Este is a popular destination for tourists due to its sunny luxury and softest sand in the world, according to Forbes.

The best time to travel to Punta del Este is in December when hotel rates go down, the days are longer, and of course, the weather is warmer, and the ocean is too. 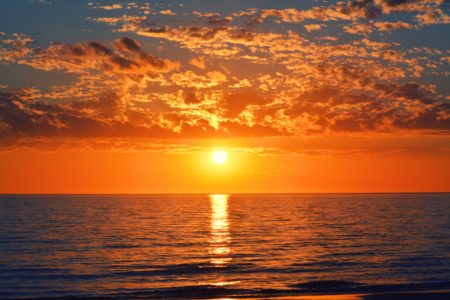 It’s a festive time for the rest of the world in December due to the holiday season. So, if you’re looking for a place that’s lowkey, consider Vietnam.

Temperatures vary from the north and south, but overall it’s a great time of the year to travel to as the weather is suitable for every traveler type. From hiking, climbing, and visiting beaches, there will be plenty to do in Vietnam this December.

Nha Trang is a coastal resort city in Southern Vietnam known for its beaches, diving sites, and offshore islands. Head to the Vinpearl Land, a water and amusement park, Po Nagar Cham Towers, or i resort for optimal rest and relaxation ahead of the New Year.

Take a moment and imagine shaking a snow globe. That image in your head is Montreal in December. The cold weather doesn’t stop the show in Montreal. In fact, the city installed a creative way to beat the winter blues in Liminotherapie.

The interactive installation consists of 120 giant dominos distributed across several stations. The public is invited to play with them, creating an infinite variety of musical and luminous effects in the process.

If you’re not quite ready for the summer to end, then head to Australia where December kicks off the summer season.

Barbecues on the beach are in full effect, as well as other outdoor activities.