Sights & Sounds: These NYC Artists Are Ones To Watch

New York City is considered by many to be the birthplace of American music and culture. The music scene in New York is a mix of gritty lyrics, distinct flows, and thriving creativity. From Biggie’s Brooklyn to the ‘boogie down’ Bronx, music has transformed the city of New York, propelling the culture forward with the sounds of some of the greatest, most influential rappers of all time. Jay-Z. Nas. Lil Kim. Mobb Deep. Salt ‘n Pepa. Nicki Minaj. Wu Tang Clan.

And as the years go on, New York City’s status as a music powerhouse remains. These are the NYC artists you should be paying attention to.

RELATED: Sights & Sounds: These UK Artists Are The Ones to Watch

1. Young MA
Stop sleeping on Young MA. Time and time again, the “Ooouuu” lyricist has proven the pressure of her pen skills. You remember how she bodied her gritty Chiraq freestyle the Brooklyn way.

Originally, she didn’t want to do the freestyle. “But this one was the one where I spoke my heart, and it went viral. That’s when people started paying attention,” she told Refinery29. Known for addressing issues, Young MA is breaking gender stereotypes with her vulnerable lyrics. Take a listen to some of my favorites, “Car Confessions,” “PettyWap,” “EAT” and recently released, “Stubborn Ass”.

2. Phresher
Bronx rapper Phresher wants ‘All The Smoke’ on his highly anticipated new single, showing us his lyrical versatility, once again. He’s traveled around the world promoting his new single, hungrier than ever. He’s worked with Eminem, Cardi B, and can’t forget the club banger “Wait A Minute,” featuring Remy Ma.

3. Flipp Dinero
I never thought I’d find the most dramatic way to tell someone to “Leave Me Alone” until Flipp Dinero. It went viral after Cleveland Browns player Odell Beckham Jr. posted a video dancing to the song, which peaked at the No. 23 on the Hot R&B/Hip-Hop Songs Billboard charts. The Haitian MC recently took his lyrical swiftness and undeniable sound on the road for the Memories Don’t Die Tour with Tory Lanez. He only hopes that others will “find comfort in my music. I hope my music can be a safe haven for them.”

4. Nya Lee
Bronx-bred rapper OG Nya Lee is finally beginning to get some shine after much success from her Trap Luv album and bossed up single “Been Had” featuring Kash Doll and she has no plans to stop. Nya’s already off to a great start this year, opening for a packed crowd at Meek Mill’s Championships Tour stop in her hometown. Her Wake Up Sis Instagram series is one of my favorite pages, lending encouraging advice to women on business, empowerment, and overall happiness. Ladies, this is for us. 5. Lil Tjay
The self-proclaimed  “Prince of New York” realized the popular impact of his sing-rap hooks and melodic rap style after performing for a packed-out crowd at Manhattan’s S.O.B.’s as a headliner last November. Growing up he listened to pop-friendly artists like Usher, Ariana Grande and Justin Bieber. 2019 could be Lil Tjay’s breakout year.

6. NanaBcool
Singer and songwriter NanaBCool headlines his first show at Brooklyn’s Baby’s All Right, where upcoming artists share their hearts and music on the stage. He’s traveled around the world before settling in Brooklyn, offering his fusion of R&B, soul, and a pinch of hip hop and dance. “I’m tryna make kickback music, so multipurpose music. It’s something to cool down with your homies too, even when you get up in the morning. On the train. Multipurpose music,” he told Nomaadic. Check out his chill music and contagious dance moves in his latest visual “Ice Tea.”

7. Dave East
Unlike most new rappers, Dave East has deep relationships with New York’s most popular lyricists. From signing to Nas’ Mass Appeal Independent label, working with Styles P on Beloved, to now playing the role of Method Man in Hulu’s Wu-Tang: An American Saga series.

Much of Dave East’s success is attributed to him staying true to the vision he has for himself. He scored his first gold record for “Wrote My Way Out” with Nas and “Aloe Black” on Lin Manuel-Miranda‘s The Hamilton Mixtape. 8. Don Q
When Don Q is in the studio, he needs “fire beats, weed and positive energy.” He’s dropped four mixtapes in the last two years, after being noticed alongside platinum artist A Boogie. His intruding flow, sharp rhymes, and raw, nostalgic delivery are all reminiscent of his idols JAY-Z, Lloyd Banks, and Fabolous. Check out his recent Don Season 2 mixtape.

10. Casanova 2x
‘Set Trippin’ was Casanova’s breakout record in early 2018, leading to his signing with Roc Nation. His commanding voice, charismatic personality and unflappable confidence set him apart from the rest of the music industry. He’s firm and assertive and if you don’t understand what he’s saying, “I hope it don’t go over your head,”as he likes to say.

11. Jay Critch
Hood Favorite Jay Critch was uploading songs to Soundcloud before signing to Rich the Kid’s Rich Forever Music record label. Behind his good looks, is a cocky charismatic aesthetic, known to any New York rapper. Critch’s music is based on his life growing up as a kid in NYC, aiming for success. Check out his single “Try It” featuring French Montana and Fabolous.

12. Nitty Scott
Brooklyn rapper Nitty Scott is no longer afraid to own her identity and discuss her experiences as a queer Afro-Latina woman in the industry. Her recent album Creature!  is “an ode to my journey as a Black, Latina, queer, spiritual, nerdy girl with PTSD,” she said in an interview. Featured in Spotify’s Black Girl Magic Playlist, Her single, “La Diaspora” celebrated her Afro-Latina roots with tribal paint over chants in an indigenous wonderland.

13. Melli
The ‘Icey’ rapper grew up in the blunt streets of Harlem. Her rise to fame came after her cover of  Cardi B’s Bodak Yellow went viral. Staying true to her Latin roots, the rapper spits in Spanish, English and sings with her soft, raspy voice. She’s become an influential voice, representing Latinx women in hip hop.  Melli gets candid on her debut album Phases about her dealings with PTSD, depressions, anxiety and more. 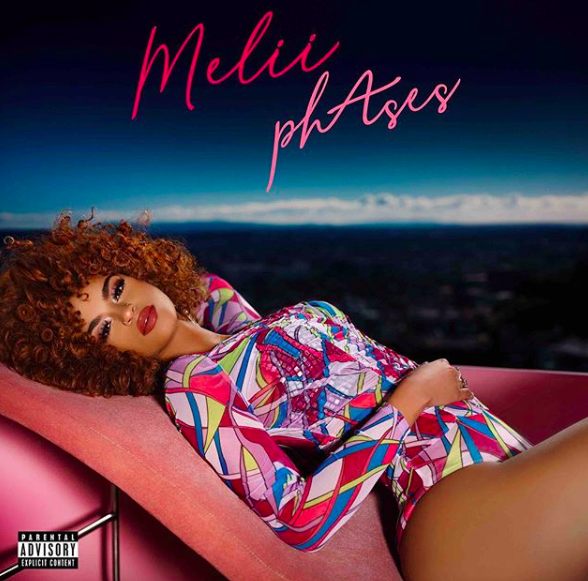 14. Deem Spencer
The 22-year-old Queens emcee has cultivated a catalog of distinctive, top quality music; poetry in motion. His music consists of vulnerable lyrics, soulful tones over melancholy beats with raw emotions. “Trust my taste.” His romantic new album Pretty Face explores the complexities and clarities of an ending relationship.

15. Kyah Baby
Representing for Queens, Kyah Baby kicked a masterful 4-minute freestyle over Craig Mack’s “Flava In Ya Ear” instrumental for Funkmaster Flex last year. “Once I get my foot in the door I’m kicking it open…”

Her sound is reminiscent of 90’s rap and hip hop. Her grit and hunger come out through her raps and persistent flow about her childhood and the empowering “Woman” make her one to watch this year.