New Revolution: How Travel Is Building A Stronger Black Community

Take a look at your social media feed. Chances are, that on any given day at least a few of your peers travel abroad. For the average Black professional in the U.S., travel is a luxury that’s easily embraced mostly when it’s time to recover from the hectic pace of the daily grind.

But travel can offer more than a brief respite for The Woke Generation. Our interest in social justice provides us with unique tools to change the culture of travel and further educate our community. With a recent trip to Colombia, I soon realized just how an Afro-Latinx revolutionary,  Benkos Biohó, who defeated the Spanish colonial powers, helped to shape and strengthen my beliefs about Black travel.

History can’t say for certain just how old Benkos Biohó was when he was kidnapped and shipped to Cartagena de Indias, a town on Colombia’s balmy Caribbean coast. What we do know is that he was one of approximately 12 million West and West-Central Africans uprooted by the Transatlantic Slave Trade to provide forced labor. 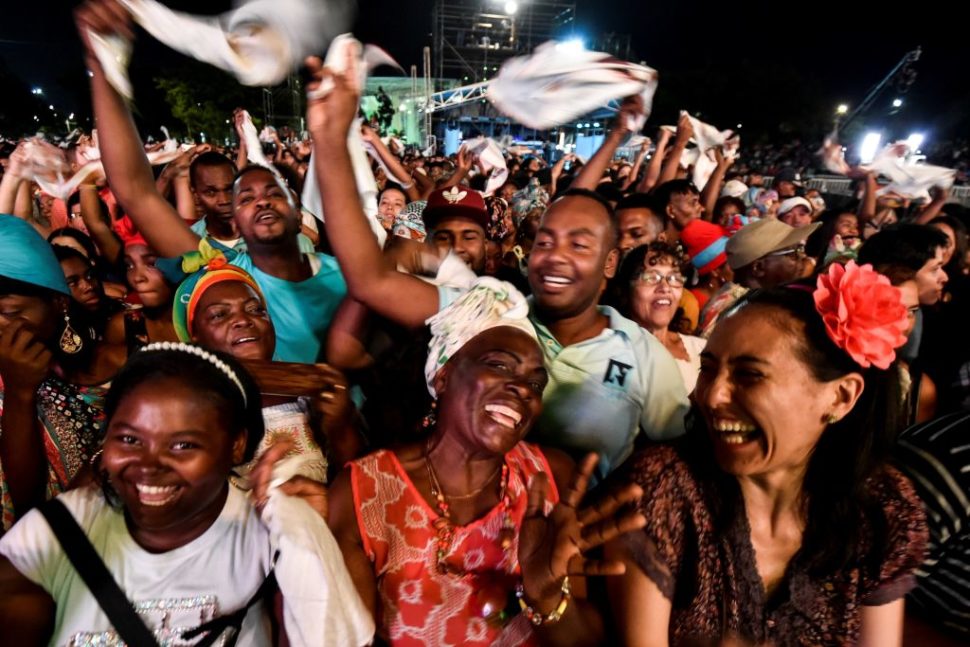 Biohó, who was born in the Guinea-Bissau region, was also a prince of a royal family. He also managed to spark a resistance movement that founded what is believed to be the last surviving maroon community in the Americas. How? The former noble convinced other slaves to escape with him deeper into Colombia’s isolated forested areas. Biohó’s people traveled for days until they settled at the foothills of a mountain range and founded San Basilio de Palenque. Soon, word of the territory passed to slaves in Cartagena while more and more slaves soon followed.

Not long after, the Spanish noticed that their human capital was disappearing. Known sources pointed to Biohó as the leader of the feared group of liberators. Soon, conflict broke out between the government and Biohó’s guerilla army. After losing several battles, the Spanish feared that the Palenqueros would ignite a rebellion, crippling the region’s slave economy. The Governor of Cartagena proposed a treaty declaring Palenque a sovereign territory on the condition that they did not harbor more runaways.

Luckily the tensions in the area did relax after the treaty was in place. Not long after, Palenqueros began traveling between the town and village freely. On March 16, 1621, the government broke the agreement when they captured (and later murdered) Benkos Biohó in Cartagena.

So what did I learn from these experiences? Well, regardless of the destination and where I decide to travel next, I always ask ‘where are my people located in this space?’ In Colombia, African descendants are concentrated in San Basilio de Palenque – so that’s where I needed to visit.

The Wakanda of Colombia?

With a few friends by my side, we took the 90-minute ride from Cartagena de Indias to Palenque. As we drove further inland, the landscape turned marshy. Soon, it all turned dense with foliage while herds of cattle and horses walked along the empty roads. When we arrived, I stepped out of the vehicle and saw the statue. With arms stretched up to the heavens showing breaking chains of bondage overhead, Benkos Biohó’s statue could be seen from the center of the territory.

I looked around and noticed that a few Palenqueros were also present- conversing, working, living. Some even looked as though we could be related. Murals nearby that read, “I Love Being Black,” and “Black Lives Matter,” announced Palenque’s African roots and connection to the transnational struggle against white supremacy. It was hard not to feel overwhelmed by the significance of the moment. As we walked with our elder Palenquero guide, I pointed to a modern white and green building marked with Palenquero, the only surviving Spanish-based creole language in the world. What we discovered was that the village is self-governing, and the building is the community justice center. Evidently, with no police presence, the community resolves disputes without outside intervention.

In the coming days, I’d find myself back home where a distinct lack of regard is often shown for Black bodies in a country where fellow black activists advocate for an end to mass incarceration. Meanwhile, in Palenque, African descendants have sustained a communal justice system for centuries by following blueprints left by their ancestors. This newfound knowledge sparked an intense dialogue among us about how to connect and do grassroots work together. I had initially intended to learn about Palenquero history and to materially support the community. After my visit, I was contemplating the possibilities of establishing a deeper, more meaningful relationship.

Thinking back, being taught Palenquero history by Palenqueros is a more cherished memory than the time I spent resting on the beach. Each interaction I had was an opportunity to learn and make meaningful connections with like-minded organizers abroad. During conversations with Kombilesa Mi, a group of young Palenquero musicians, I realized just how much the Black youth arts scenes in Philadelphia and Palenque have in common; how much knowledge and resources there are on both sides to exchange.

Standing on the sovereign soil of our distant relatives, my new friends and I wondered: How can we use transnational travel to build community with others in the African diaspora for our collective social, political, and spiritual growth? The possibilities, we realized, are infinite.