Martice Sutton can easily brighten a room with her smile. As the founder of Girls Going Global Inc., an NGO that exposes teen girls of color to international experiences, she is a self-proclaimed regular person. But her story is one of cultural awakening and persistence — very far from regular. Her goal? To empower young black girls to follow their dreams (no matter how big) and travel the world.

Born in West Philadelphia, Martice became motivated to create social change after spending a year in India and graduating from Spelman College as an international Fellow for Jagriti Yatra Social Enterprise. There, she worked with civil society organizations to address the disadvantages faced by women and girls in South Asia.

She quickly developed her long-held passion for women’s issues by traveling across India and learning how social entrepreneurship creates impact in urban communities. Martice describes the experience as life-changing, and alongside TravelNoire founder Zim Oguchukwu, came to the realization that fearless pursuit of one’s goals is best done while still young. 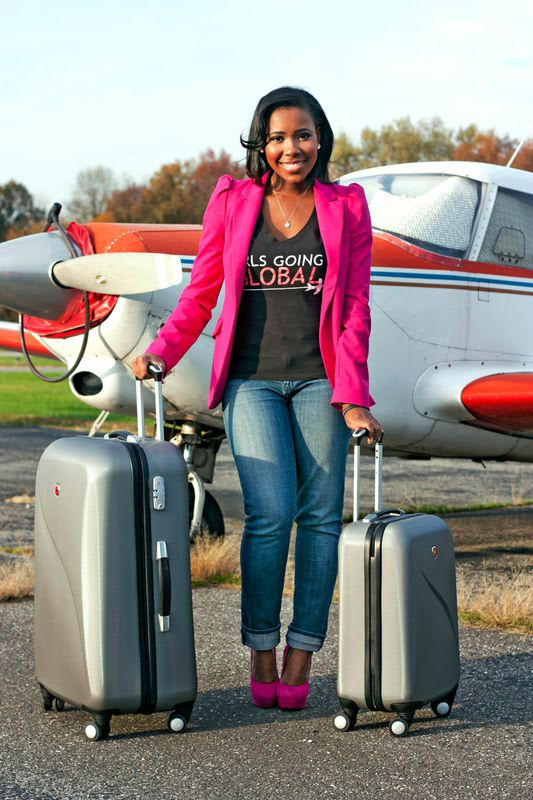 In 2013, she brought her social enterprise acumen and passion to uplift women and girls back to Philly. “I wanted girls who looked like me, who came from where I came from, to see that there was more to the world than what they saw every day” Sutton remarked.

Girls Going Global, Inc began exposing 13-17-year-old girls to the culture around their city and soon blossomed beyond the border. “I realized that many of the girls didn’t even have a passport, so we fundraised for passports, we got the passport, then they needed stamps.” Sutton sought to dispel belief within the black community that travel was a luxury by pushing more black girls to travel. To date, Martice has conducted cross-cultural understanding programs called “Passport to the World” Workshops across the country. She has raised money for passports for more than 300 girls and hosted half a dozen GGG cohorts on trips to Canada, Costa Rica, Belize, Peru, and Italy.

Martice admits it hasn’t always been easy, there has been difficulty in building teams of committed partners, securing funding, and making personal sacrifice, but attributes her ability to stand as a model in her own community to “make a difference and a dollar.” As she explored expanding the brand, she participated in an Accelerator in 2018 to work on scaling GGG. As a result, she won $50,000 in seed funding. When service is the forefront of your aspirations and influences your leadership, then you’ve already set yourself up for success” Sutton says. Martice is acutely aware of the challenges faced by black women who travel. From Barcelona to Bangalore, she has attracted unsolicited stares and touching by the unwitting, but remained open-minded and grounded in learning from her international experiences. Remembering the mantra of Spelman, “A Choice to Change the World,” she kept in mind that her experiences were much greater than herself and continued forward.“ Martice is inspired by black travelers like @OneikaTraveller, @thecatchmeifyoucan and @GloGraphic looks to make her GGG cohort love travel just as much.

For those who seek to make a difference through social enterprise, Martice advises aspirants to “Be attached to vision and not the path.” GGG was not always envisioned to be what it is today, but through her own flexibility she has been able to touch the lives of 500 black teenaged girls.