A yacht is often looked at as a luxury that represents the extremely wealthy.  But this was not always the case. Yachts were an invention from the Dutch that goes back to the 14th century.  The Dutch would use these small, fast boats for chasing smugglers, pirates, and criminals.

That all changed shortly after when rich shop owners and merchants began using these small boats out to sail to celebrate their returning merchant ships.  They quickly became a chic way to take friends out for pleasure, according to the American Sailing Association.

There was truly a time when the size, weight, and style of the boat didn’t determine if a boat was considered a yacht.  A yacht, historically, was designed for the express pleasure of its owner or for water sport racing. The yachts we see today often termed “luxury yachts,” began to appear at the beginning of the 20th century when the wealthy started constructing them for personal pleasure.

Luxury yachts are still yachts, defined as a medium-sized sailboat that measures at least 33-feet long equipped for cruising or racing, but tend to be larger in size. To be considered a luxury yacht, the boat measures above 100 feet in length. And while not explicitly stated, the price of a sailing boat can often determine if it qualifies as a yacht.

So what’s the hype about?

For starters, while not explicitly stated, yachts are bragging rights.  The total costs of a yacht can cost anywhere from $40 million to billions of dollars.  The most expensive yacht to date was purchased by Malaysia’s richest man: Robert Knok.

Made of solid gold, The History Supreme was purchased for $4.8 billion and features a dining area, a master bedroom made from meteorite rock, and a statue in the bedroom made from genuine Tyrannosaurus Rex bones, according to  Luxhabitat.

Secondly, it’s like owning a private jet to explore the world just on water.  Your adventure is more comfortable with incredible views. You have a full kitchen with private chefs, multiple restrooms, pools, saunas and hot tubs. If you don’t have $100 million lying around, don’t let that deter you from indulging in such luxury for your next vacation.

Reggie Cummins started Black Yacht Week after hearing one common theme from his friends and family who attended Yacht Week in Croatia: As people of color, we’re not on the same boat. 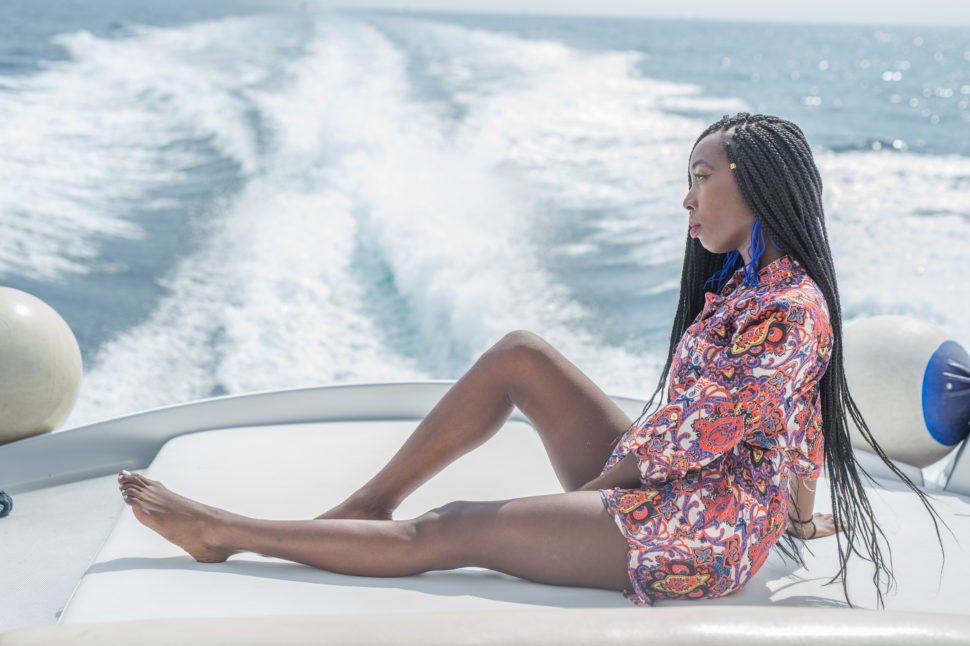 “A friend and I thought we would organize our own yacht week, with our own music and our own people,” he said.

Cummins contacted different yacht leasing companies that rented out 19 boats that housed up to 10 people. “The yacht came with a captain, chef, and a hostess that prepared food and drinks,” Cummins said. “It was a full-service 5-star vacation. If you ever lived on a yacht for a week with a private chef, your life will never be the same.”

Black Yacht Week was a seven-day party that involved bonfires on the beach, an all-white party, game night, pool parties, snorkeling, and more. And if you’re interested in a yacht party, they are more affordable than you think.

“Black Yacht Week is on the higher end of what we do but we plan things so far in advance that we give people six to 10 months to pay for it,” said Cummins.  SailNoir’s yacht packages start at $2950 and feature a four-cabin design, four bathrooms and sleep eight to 10 guests.

If you’re planning a yacht vacation, one thing to keep in mind is that traveling with more people doesn’t make it cheaper.  That’s because booking through travel agencies like The Black Travel Movement typically will offer packages based on group rates.

Other challenges when traveling on a yacht, especially through a travel agency, the itinerary will not be as flexible.  Activities are typically pre-planned and that captain has a set schedule depending on what countries you are traveling to.