What I Learned Through Travel, Activism, And (Eventually) Healing

I arrived in Standing Rock, North Dakota for the second time back in the winter of 2016. For months, indigenous leaders like LaDonna Brave Bull Ballard encouraged other indigenous tribes and activists to join the fight against the Dakota Access Pipeline.

During my time there, I casually walked around in a denim jacket with the words “F*ck White America,” in protest against the violence against black people in the United States.  While standing on Facebook Hill,  a place where people came to find reliable phone and internet connection, an older indigenous man asked, “excuse me, can I speak to you for a moment?”

He explained that the jacket was inappropriate because it sent a divisive message amidst a movement meant to unite people. “So you’re telling me, a black man in America, what I should wear?” I said. “I’ve never had anyone complain about my jacket so far and even if they did, my jacket isn’t saying anything shocking.”

Not long after, a white woman walked by, mentioned that she loved my jacket and took a photo of it.

For the remainder of my time in Standing Rock, I walked around in a haze. I felt confused by the politics of being a black person and why it is so important to single out in such an invasive way. I’d gotten used to the strangeness of how people reacted to a black queer person with radical ideas in my Appalachian college town, then while living in Seattle, and again during my time away in Paris. Each new space brought a new challenge, but that moment in Standing Rock was a completely new experience – the understanding that I’d have to defend my blackness and politics wherever I went.

When speaking to Travel Noire, Anissa Matthews, a black organizer based in Philadelphia, elaborated on how their time in Standing Rock changed them. “Being in Standing Rock though surrounded by Indigenous and perceivingly woke individuals, I still heard a lot of anti-blackness,” Anissa says. “In a space like that, I wasn’t expecting to hear people be actively prejudiced to another oppressed group. That made me more aware of the fact that no matter where I go in this world I will face racism and prejudice.”

As a queer writer and activist, I’ve made an effort to travel internationally. The goal is to both understand other cultures and their struggles but to also form a deeper understanding of what my blackness means globally. In 2017, I wrote an essay about the array of racially uncomfortable experiences I had during three months traveling in the Philippines – from having children point at me while laughing to being asked by a Filipino police officer how large my penis was – I asked of black travelers about the silence around the array of racially traumatic experiences we can incur while we travel. “Is it because if we are afraid that the world would aim to destroy us once more if we were honest?”

The responses to my essay, many of which were from black travelers proved my point as many accused me of being ungrateful for having the change to travel or suggested that I only travel to places that made me comfortable. But for black people that are committed to both liberation and trying to understand the world through travel, avenues of escapism or avoidance are not as easy to come by.

Jolana Watson, an activist of color that has taught workshops on cultural competency and participated in movements like Standing Rock and Black Lives Matter, noted that travel can mean something different for every black person, but black travelers tend to be “constantly looking for things that remind us of home, but black travelers may have several homes or no place to call ‘home’.

James Baldwin, who spent ample time in Europe to heal much of his racial trauma, wrote in Notes of a Native Son about navigating a world run by a white power structure that aimed to destroy black bodies. “In effect, I hated and feared the world. And this meant, not only that I thus gave the world an altogether murderous power over me, but also that in such a self-destroying limbo I could never hope to write.” 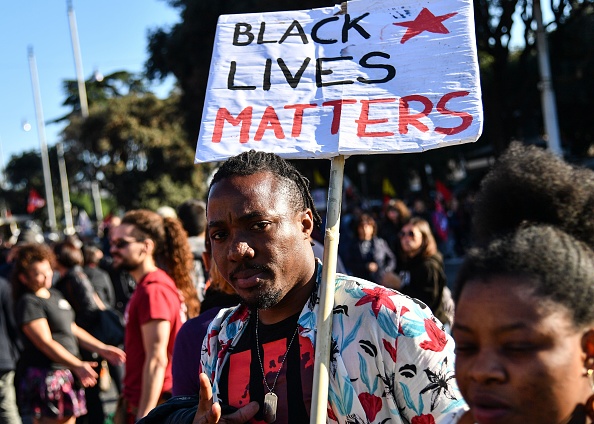 For many African-Americans, Yoruba, a West African Spirituality that predates the Atlantic Slave Trade, provides important context for those seeking to deepen their self-expression. In the 1950s, Yoruba became an integral part of surging black nationalist movements. Tracey Hucks notes in her book, Yoruba Traditions and African American Religious Nationalism, “Yoruba’s American practitioners innovatively used history, race, and religion as sacred currency for ritual, culture, and textual articulations of Africa.”

When black people go beyond world narratives most commonly told through history, and also tap into the longstanding power of owning one’s blackness, we also learn to create the necessary tools of healing that meet our ever-changing needs. While volunteering to do hurricane relief work in St. Thomas U.S. Virgin Island in 2017, Watson began to cement the notion of “the tourist-colonizer complex” when tourists enjoy a destination while locals are struggling and found a new sense of spirituality.

“Every time debris was removed from a house, every time we killed mold from a child’s bedroom, and every time we put up a new roof, we won. We inspired hope. We helped people move on. It was a spiritual kind of activism,” stated Watson, a follower of African spirituality, “It was very emotional to see the aftermath of a storm but one thing that comforted me was praying. I’m not religious but I found that praying restored my hope and helped me carry on when I wanted to cry. Praying helped me see the disaster as an opportunity for growth.

Travel for me began as a way to counteract the narrative around black people that I had experienced growing up – stay in the hood or go to college to attain your slice of the American dream. Taking short trips to other cities with friends while in university eventually gave me the courage to take a summer job in Yellowstone National Park. Once there, I explored a newfound fascination for Beatnik writers by working long days, drinking with transient people from around the country, and savoring nature on long hikes.

Everything soon changed when Michael Brown was killed. My senior year was consumed with political activism. Eventually, when I graduated I committed to both travel and social justice. I worked for a white-led labor union in Seattle and as a bank teller for homeless people. My first trip abroad aligned with the Nuit Debout Movement in France. Then came the 2016 presidential election, the burning barricades of Standing Rock, and eventually my months away in Southeast Asia.

The more I traveled, organized, and wrote, the more those three areas of my life became a method of healing and the less I saw my experiences expressed in the black travel movement. Countless blog posts raved about the possibility of being a black traveler abroad or escaping the United States upon the election of President Donald Trump. The majority of content about black travel, although glossy, skimmed over the brutal parts.

In the black travel movement, I wanted to see articles that both talked about the splendor of travel, but also the jarring racial and political realizations that come with being black and navigating space. In his autobiography, Malcolm X reflected on his visit to the Holy Meca as Muslim American and how transformative experiencing a different racial context was, “And in the words and in the actions and in the deeds of the ‘white’ Muslims, I felt the same sincerity that I felt among the black African Muslims of Nigeria, Sudan, and Ghana.”

Reading his words helped me realize the importance of having a process of self-care or reflection while traveling. After long days abroad of being overstimulated by the newness of another culture and political context, I learned to both push myself and be gentle when necessary. During my summer in France this year, I kept a collection of James Baldwin’s books on my laptop. My final lifeline was video chatting black friends back home or also living in other countries. By speaking candidly with them about my anxieties, I avoided the step of simply hoarding my black, traveling confusion for the sake of a glossy, travel tale to come back with.

It’s often easy to find spirituality of the quiet moments that sneak up on you while traveling. Looking up a purple sky while on the back of a motorcycle in Manila rush hour traffic brought my spirit to a quiet place. Eating goat cheese and baguettes before going for a swim in a nearby pond helped clear my mind just days before leaving France this summer. All of these moments remain etched in my journal. Without the ability to be present in the beauty and discomfort, there can be no reflection. Without reflection, there can be no true way forward to fight for a better world of conscious citizens of the world.