Got a spare $20? Then you have enough to score a plane ticket on Frontier Airlines thanks to a flash sale happening now.

You have until tonight to get domestic flights for travel between early April and early May on the low-cost carrier for only $20, with routes including Albuquerque to Denver, Raleigh/Durham to Orlando, Philadelphia to Memphis and dozens of other routes throughout the country.

But the deal doesn’t stop there. Once you start the booking process, you can even find return flights for as low $15 meaning that you can book a round-trip flight for around $35. 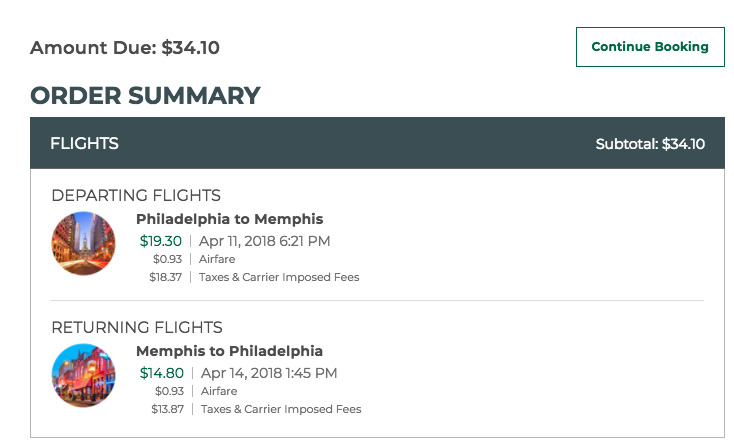 Those traveling from Atlanta can get to Cincinnati, Orlando and Providence, while those based in Austin can fly to 14 cities for just $20 including Seattle, New Orleans and Charleston. Flights are also available from departure cities like Chicago, Colorado Springs, Detroit, Houston, Phoenix and many more.

Frontier is a budget airline so expect to pay for both checked and carry-on bags, seat assignments and food and drinks, but if you travel light and don’t mind bringing a few snacks onboard, this is the perfect deal for you. Visit the Frontier Airlines website to get this deal before it’s gone.