Flight Deal: Fly Nonstop From L.A. To Australia For Only $523

If you’ve been looking to head to Australia, now is the time. Several airlines are lowering the prices on their routes from Los Angeles to Sydney or Melbourne. You can find nonstop routes to Sydney for as low as $523. 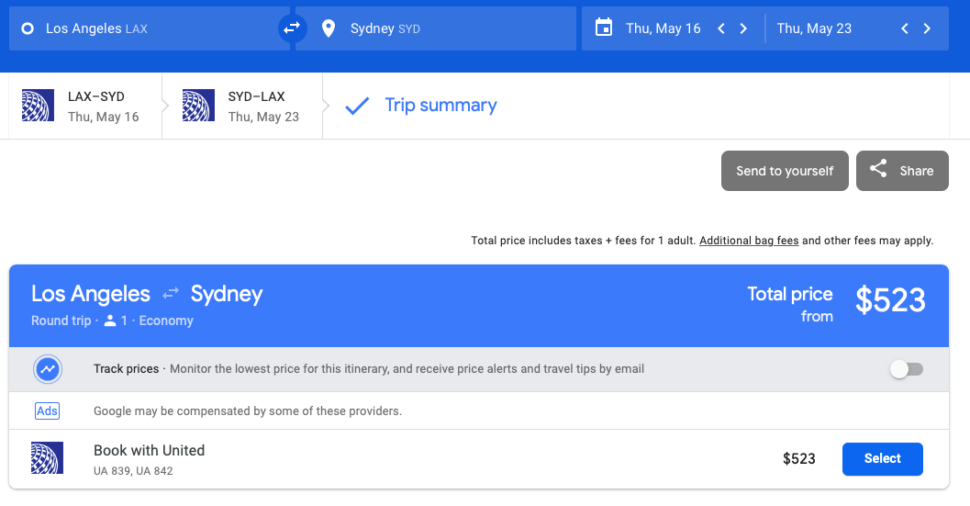 Flights to Melbourne will run you only a few dollars more. The low priced flights can be found on United Airlines, Delta Airlines, Qantas, and Virgin Atlantic. The sale is valid for travel from now through most of the year. You can use Google Flights to find the dates and airline that works best for you.

Sydney is probably the most famous destination in Australia. The city is best known for its Sydney Opera House, with a distinctive sail-like design.

For the adrenaline seeker, visit the Penrith Whitewater Stadium in Sydney for whitewater rafting on an Olympic course. Rent a bicycle in Sydney’s Centennial Parklands. Paddle a kayak on Sydney Harbour or zoom around the harbor on a jet boat.

Bondi and Manly are the most famous beaches in Sydney. Lay around for hours and enjoy the view just like the locals. Be sure to visit one of several museums to get the history behind the aborigine people.

Related: The Black Expat: ‘I Left America With Nothing But A Backpack And Fearless State Of Mind’

Melbourne is the coastal capital of the southeastern Australian state of Victoria. At the city’s center is the modern Federation Square development, with plazas, bars, and restaurants by the Yarra River. In the Southbank area, the Melbourne Arts Precinct is the site of Arts Centre Melbourne – a performing arts complex – and the National Gallery of Victoria, with Australian and indigenous art.

Take a ride on one of eight art trams that are rolling around Melbourne as a part of the Melbourne International Arts Festival’s visual arts program. Catch the exhibit honoring Nelson Mandela titled  ‘Mandela My Life: The Official Exhibition’ featured at the Melbourne Museum until March 2019.