Legacy airlines like Delta, United and American are just some of the carriers that are all currently offering flights from the U.S. to major destinations across Europe for less than half of their normal price. Low-cost carriers like WOW and Norwegian are now famous for their basic economy flights abroad, so it’s always nice to see when beloved carriers all collectively get in on the bargain fare game.

Want to head to London in March from New York City? Virgin Atlantic, Delta and British Airways all have round-trip flights for less than $600. You can also get to Amsterdam from NYC for as little as $416 on United. Chicago to Munich is a steal on Delta for less than $600 as well, and act fast to get a $422 deal on a flight to Rome, Italy from Atlanta.

Los Angeles to Rome is now a reality thanks to a $533 flight on KLM, and travelers from the Bay Area can score flights to cities like Rome and London and more for less than $500 if they travel in March. 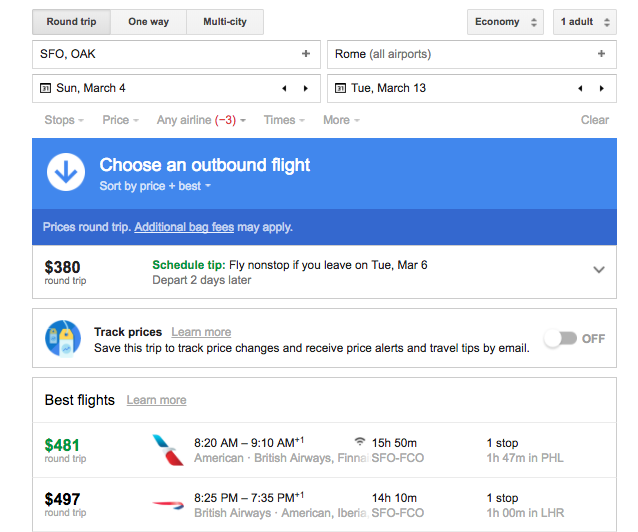 Head to Google flights to explore your flight options and be sure to play around with the travel dates, or try this sample flight here.

A Day in the Life: Health